In the long run, this one single reform could produce the biggest possible gains of any tax reform, state or federal.

This graph from the federal treasury’s 2015 tax discussion paper makes the point.

It says the “marginal excess burden” (damage) done by real estate conveyancing taxes amounts to 70 cents for each dollar raised.

It means people and businesses change addresses less often than they should. Households live further away from their work than they would like to, are reluctant to move to where there is better work, and spend money extending houses instead of moving to better ones.

Businesses resist changing property location and type when changes in markets and costs suggest they should. 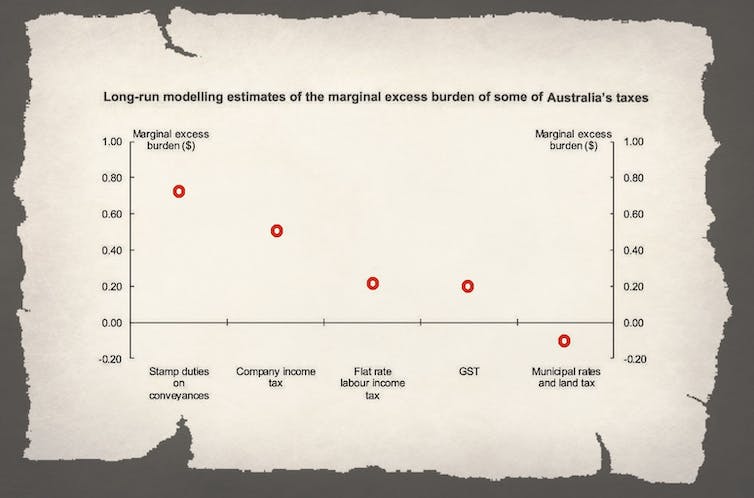 Tax discussion paper, Australian Treasury March 2015 In contrast, the treasury found the marginal excess burden of land tax was negative. By that it means every dollar raised actually makes things better off by making land more likely to be used for its best purpose and making land less likely to be not used at all. Swapping the worst tax the treasury modelled for the best tax it modelled ought to have a huge economic payoff for use of property, for productivity and for living standards. It’d also be fairer. The NSW Thodey Review of federal financial relations commissioned by Treasurer Perrottet notes that 26% of owner-occupiers have remained in the same property for at least 20 years. Most of these long-term same property owners have benefited “not only from the services provided by the state over that time, but also from a once-in-a-generation land price windfall”. In exchange for these gains, they have contributed very little towards essential services and critical infrastructure via property taxation. Others who have moved more often than the average to find a job, to be closer to schools, or to match housing size to changes in their family situation have picked up the tab. Thodey also identifies other reasons for making the switch. Land tax revenue is more stable and predictable than revenue that soars and dives at times when people are buying or are not buying properties. How you get there matters The Australian Capital Territory is well on the way. In 2012-13 it began a 20-year transition. Stamp duty and insurance duty are being wound back (for everyone) and replaced by increases to general rates on land. The transition is roughly revenue-neutral. NSW is proposing a different approach. It is considering asking new buyers to “opt in” to an annual land tax in return for escaping stamp duty. Once a buyer has opted in, future buyers of that property won’t be able to opt out. They will pay land tax instead of stamp duty. It’ll mean no property owner, new or old, need be a loser in the first instance. Read more: Abolish stamp duty. The ACT shows the rest of us how to tax property But it will stretch out the transition and involve very large reductions in revenue for years to come, with smaller but still-substantial losses over decades. As an illustration, assume that in year one, rather than paying $100 of stamp duty, the buyer chooses to pay a much smaller annual land tax. NSW is going the long way On average about 5% of properties change hands each year, meaning on average each is transferred once every 20 years. That means that to be revenue neutral in the long term the annual land tax should be set at 5% of the stamp duty. If all the buyers in the first year switch over to land tax, the government will lose 95% of the money it would have got from stamp duty in that year. With the passing of time and a larger share of owners paying land tax the shortfall will get smaller. But even after a decade, it might be as much as 50%. Some buyers will never opt-in And the voluntary opt in will give buyers who expect to hold a property for longer than average, for more than 20 years, an incentive to turn down the offer of land tax and pay (the lesser) stamp duty as before; while those who expect a short stay will opt for the (lesser) land tax. This entirely rational behaviour will further reduce government revenue, aggravate the inequity of the system we’ve got, lock some owners into the properties they already own in order to avoid paying for government services, and postpone the benefits of moving to a system in which tax doesn’t distort the use of land. It’s easy to see why Perrottet has gone for a voluntary switchover. There are better ways to avoid double taxation 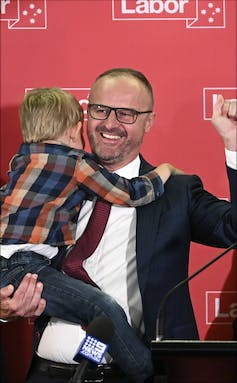 The ACT Labor government has just won its sixth consecutive election. LUKAS COCH/AAP Without some sort of concession, recent buyers would find themselves taxed twice, once through stamp duty and then again through annual land taxes. The ACT’s 20-year transition is one way to get around the problem. Despite concerns, it has proved popular enough. Eight years in, the ACT Labor government has just won it’s sixth consecutive election. A quicker way of realising the gains from switching while reducing double taxation would be to introduce land tax immediately and give recent buyers a partial credit for the stamp duty they’ve paid. As an example, stamp duty paid in the past one, two, three, four and five years could receive a credit of 100%, 80%, 60%, 40% and 20%, respectively. It would cost revenue over the transition period, but not as much as the opt in arrangement proposed by the NSW treasurer, and after that short period the switch would be revenue-neutral. Importantly, it would reap the full efficiency benefits from day one, and ensure everyone paid the tax they should. 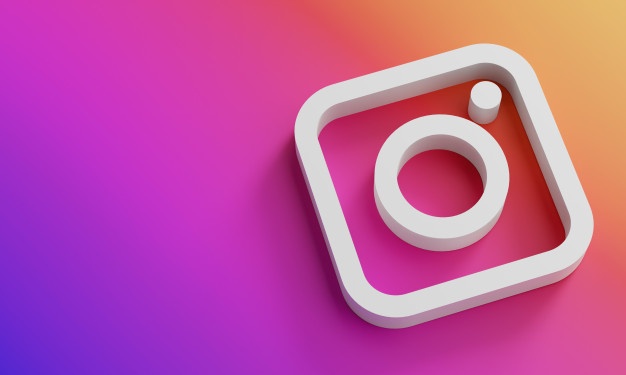 GetInsta – The best instrument to get free Instagram followers and likes

Making a computerized appearance on Instagram is certainly not a stroll on the cake. It requires some investment and exertion to procure the initial 100 followers. Be it for an... 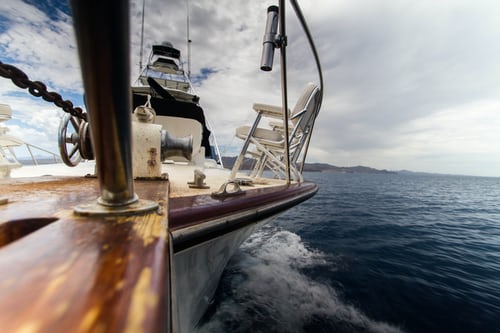 Best Destinations for Yacht Charters in 2021

Are you dreaming of gliding over the turquoise waters somewhere in the Caribbean? Or do you love the thrill of island hopping along the Mediterranean coast? All that is possible with private yac... 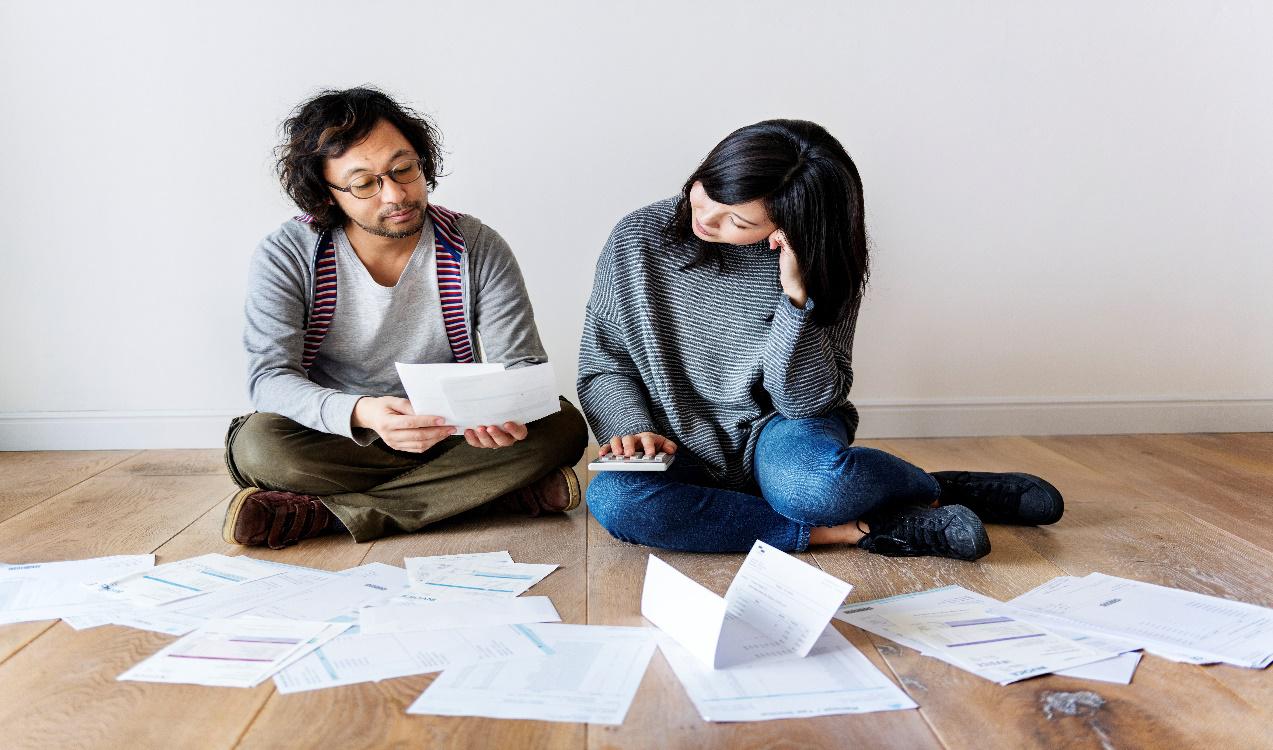 Can I stop a foreclosure by paying the past due amount?

If you’re in the midst of foreclosure, you might be wondering if back paying your past due amount is an option. In most cases, it is possible for you to pay off any past owing amount and to stop the... 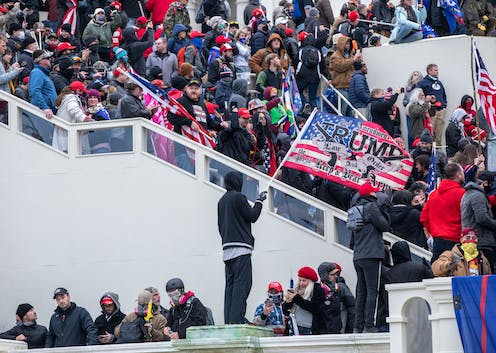 Images taken by the media of the Capitol storming could help law enforcement identify participants.Evelyn Hockstein/For The Washington Post via Getty ImagesThe images from the Jan. 6 siege on the Unit... 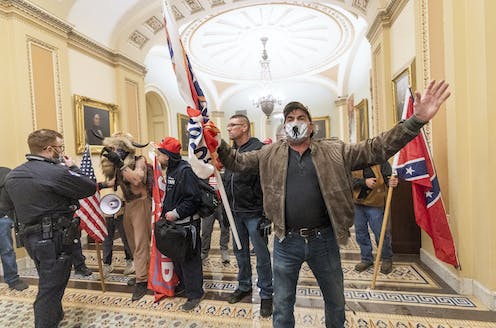 Rioters carrying white supremacist symbols were inside the Capitol on Jan. 6.AP Photo/Manuel Balce CenetaMany Americans are trying to gain a deeper understanding of what was behind the riot at the U.S... 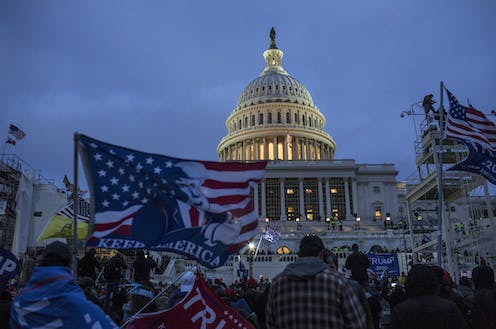