In the early hours of the morning, we learned Australia and New Zealand won their historic joint bid to host the FIFA 2023 Women’s World Cup.

It’s the first time two nations from different football confederations (Asia and Oceania) will co-host a World Cup. And it’s an especially sweet victory for Australia after its expensive failed bid for the 2022 men’s World Cup, which resulted in just one vote. No doubt the smile on Matildas star Sam Kerr’s face extends from ear to ear.

In an increasingly fractious world, the symbolism of Australia and New Zealand’s “As One” bid collaboration ought not be dismissed. Both countries have experience with this kind of partnership, having successfully co-hosted the 2015 Cricket World Cup and 2017 Rugby League World Cup.

But as the COVID-19 pandemic continues to rage globally and Australia wrestles with recession, it’s worth asking: do we really want this win from a financial perspective?

Brazil certainly had similar concerns, which is why it pulled out of the running just weeks ago.

Whether it’s a good investment in an economic downturn requires weighing the benefits against the costs. And while some benefits are evident – the World Cup will no doubt be a huge boost for women’s football in both countries, as well as women’s sport overall – there are significant questions about the expected revenues and long-term economic benefit.

Weighing the costs vs benefits

Football Federation Australia (FFA) remains confident the World Cup will be a money-maker.

In fact, the FFA forecasts a A$460 million social and economic benefit from hosting the tournament. It’s expected serious money will flow through the economy – everything from tourist revenue and ticket sales to infrastructure investment. Major cities won’t be the only beneficiaries; regional centres like Launceston and Dunedin are also expected to host games, to considerable economic benefit.

The FIFA bid evaluation report estimated the cost of running the tournament would be about A$150 million, with just over A$100 million of that coming from governments.

So, if the FFA’s forecast of economic and social benefits is roughly accurate – and projected costs don’t blow out – net benefits could well exceed A$200 million.

Read more: Australia wants to host the 2023 FIFA Women's World Cup. Equal pay for the Matildas will help our chances

Such an outcome is not without precedent. Canada enjoyed a stunning net economic gain of C$493.6 million (A$525 million) from hosting the 2015 Women’s World Cup, much of it coming from spending by tourists.

FIFA agreed with the commercial potential of an Australia-New Zealand bid, saying in its bid evaluation report:

Replicating Canada’s success, however, is far from assured, perhaps more so now than ever. The pandemic has made planning for major events much more difficult – just ask the Tokyo Olympic organisers.

For starters, if federal and state governments don’t engage in new infrastructure investment for the tournament, or do so by diverting money that would have been spent elsewhere in the economy, the immediate economic stimulus is likely to be negligible.

And governments might not be in the mood to spend on these projects when the COVID-19 recovery is plunging their budgets into deficits.

The planned A$810 million redevelopment of Sydney’s ANZ Stadium (otherwise known as Stadium Australia), which is expected to host the World Cup final, now appears unlikely due to the crisis. Perhaps this is justifiable, given the overstated economic benefits of stadium investments.

On top of this, revenue from international tourism is an extremely uncertain proposition. FFA and Football New Zealand have projected they can sell about 1.5m tickets for the World Cup.

But this projection was presumably made before coronavirus. While pandemic fears may have evaporated by 2023, it remains a big question whether international tourists will want to travel overseas again so soon, or be able to afford to. 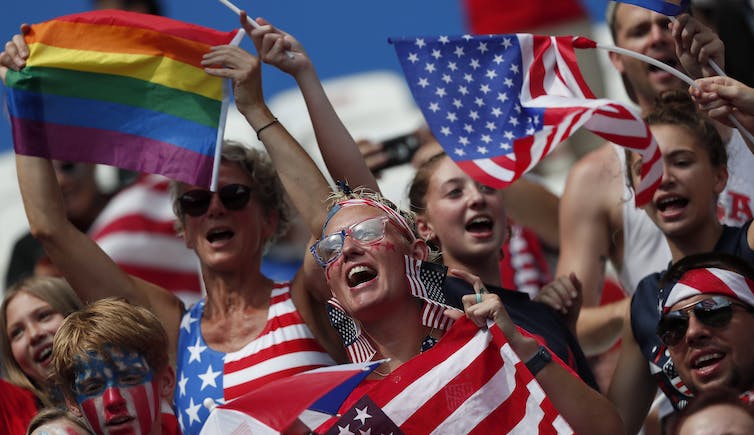 It might take some time for tourism numbers to rebound post-pandemic. IAN LANGSDON/EPA

Then there are the growing diplomatic tensions with China, which may further curtail tourist dollars.

Even if these issues can be resolved, the tourism benefits for host countries of World Cups have been shown to be temporary at best.

Unfortunately, Australia and New Zealand will not share in potential revenue from TV broadcast rights and sponsorships. These benefits go almost exclusively to FIFA – this is the “non-profit” organisation’s main source of income.

How women’s sport could benefit

Despite all this, hosting the Women’s World Cup would certainly result in a massive celebration of women’s sport in both countries.

While difficult to quantify, the social benefits from large-scale sporting events should not be overlooked, particularly for women’s sport. An estimated 1 billion television viewers watched the 2019 World Cup in France, for instance, a jump from 750 million four years earlier. This trend is expected to continue.

Hosting a large sporting event can also lead to a “trickle-down effect” in grassroots sports participation in host countries. The FFA president believes the World Cup will “supercharge” women’s football in Australia and New Zealand, though such post-event participation boosts are not always easily realised.

Women’s professional sport has also been experiencing increased commercial and public interest in both countries. In Australia, a record-setting crowd of more than 86,000 fans watched the Australian women’s cricket team win the T20 Women’s World Cup earlier this year. 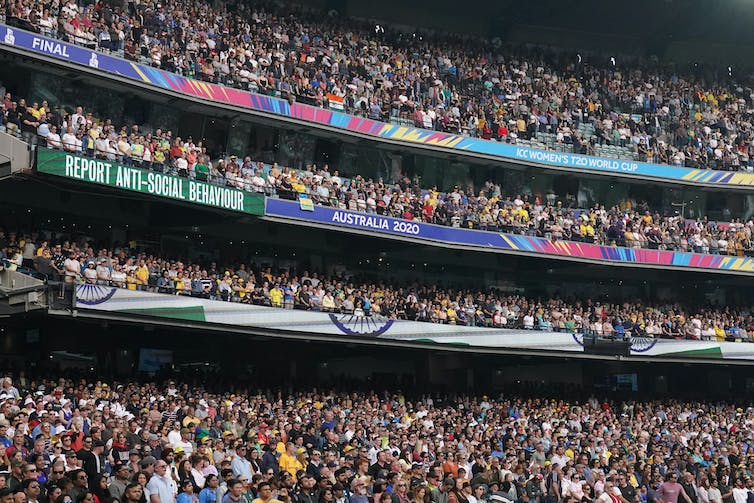 Of course, there is still room for improvement on gender inequality in the game. Research shows it is a barrier to female participation. It was only last year, for example, that the Matildas achieved pay equity with the men’s team.

Read more: The gender pay gap for the FIFA World Cup is US$370 million. It’s time for equity

There are important gains to be made in gender equality off the pitch, too. Our research shows how entrenched sexism in Australian sports organisations continues to limit women’s sports management careers.

The sporting world clearly needs more women in public-facing and influential governance roles. The president of New Zealand Football, Johanna Woods, was the only woman leader among the World Cup bidding countries.

Gender equality was a major part of the Australia-NZ bid. Both countries pledged to use the World Cup to support their goals of achieving 40% female representation in football governance bodies.

In the end, this is where we are likely to see the biggest benefits from a World Cup – improving gender equality in sports, not a boost in household incomes or employment.