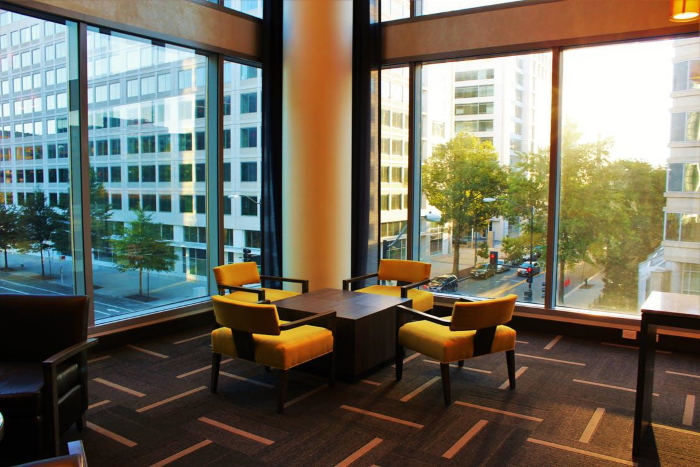 Creative ways to cover your window

A home interior is something that demands extra time and a sharp eye. Neglecting the windows after having spent a considerable amount of time, energy, and money on the decoration of your home is pro...

2020 survey: no lift in wage growth, no lift in economic growth and no progress on unemployment in year of low expectations

Wes Mountain/The Conversation, CC BY-ND2020 is shaping up as a dismal year for the economy, with no progress on many of the key measures that matter for Australians.Unemployment will stay above 5% and...

Australians are keen to help nature recover after a season of devastating bushfires.Darren England/AAPMany Australians feel compelled to help our damaged wildlife after this season’s terrible bu...

ACT cannabis laws come into effect on Friday, but they may not be what you hoped for

From January 31, ACT laws allow residents to cultivate and posses small quantities of cannabis.guruXOX/ShutterstockNew cannabis cultivation and possession laws come into effect in the Australian Capit...

More than skin deep, beauty salons are places of sharing and caring

Rebuilding from the ashes of disaster: this is what Australia can learn from India

A key question facing us all after Australia’s unprecedented bushfires is how will we do reconstruction differently? We need to ensure our rebuilding and recovery efforts make us safer, protect ...

Thinking about thinking helps kids learn. How can we teach critical thinking?

Critical thinkers make the quality of their thinking an object of study, always looking for ways to improve.from shutterstock.comFew people doubt the value of developing students’ thinking skill...

UNESCO’s International Year of Indigenous Languages recently came to an end after a year of celebration of linguistic diversity. And with a “decade of Indigenous languages” now under...

Australia's National Digital ID is here, but the government's not talking about it

2020 survey: no lift in wage growth, no lift in economic growth and no progress on unemployment in year of low expectations

Wes Mountain/The Conversation, CC BY-ND2020 is shaping up as a dismal year for the economy, with no progress on many of the key measures that matter for Australians.Unemployment will stay above 5% and...

After the trial's over, President Trump's impeachment battles could determine who holds real power in the US government

Cases related to the Trump impeachment may end up at the Supreme Court.ZACH GIBSON/AFP via Getty ImagesThe legal and constitutional battles sparked by President Trump’s behavior could affect how...

The United Methodist Church is facing a schism over LGBT policies.AP Photo/Sid HastingsThe Methodist Church, the largest mainline Protestant denomination in the United States, is headed toward a divor...

Obesity, second to smoking as the most preventable cause of US deaths, needs new approaches

Social campaigns to address the obesity crisis in America are failing. Lightspring/Shutterstock.comThe opioid crisis and deaths related to e-cigarette use among teenagers have dominated news headlines...

Don't be fooled – most independents are partisans too

The identity that people choose most often is actually 'independent' – not Democratic or Republican.Victor Moussa/Shutterstock.comWill Donald Trump win reelection in 2020? To find out, you&rsquo...

Well, we’ve been here before. On Wednesday, the comedian, author and activist Russell Brand threatened to sue The Sun after the newspaper ran a front-page feature labelling Brand a hypocrite for “ranting against high rents and tax avoidance” while paying “£76k a year to tax-dodge landlords”.

Its editorial then witheringly referred to Brand’s current status: he is, the Sun contended: “swept up in a vortex of conspiracy paranoia and clichéd leftie propaganda which he’s read somewhere and only half understood … He is a vacuous soundbite on legs.” If Brand decides to sue The Sun (and it is questionable on what grounds he has a case – though legal expert David Banks told the Huffington Post that he could potentially have a claim as accusations of hypocrisy can be libellous in some circumstances) it will be the second time in recent history that he has had recourse to the law against Britain’s most famous tabloid.

In May this year he accepted an undisclosed sum from the Sun on Sunday which admitted in the High Court that its story claiming he had been cheating on his girlfriend, Jemima Khan, was totally untrue, defamatory and shouldn’t have been published.

In victory, Brand tweeted: “I got some money suing The Sun who lied about me. I am making a donation to the #JFT96 campaign. A tiny piece of justice.”

The “war” between Brand and The Sun has being going on for some time. When The Sun printed the original claims about Brand’s infidelities in November 2013, Brand responded by penning, in typically decorative prose, a wonderful take-down of the paper’s activities. He referred to the “worst lies” – of Hillsborough, Milly Dowler and swan-eating asylum seekers.

In the Guardian he wrote: “We will never know the true extent of their dishonesty. We are dealing with experts in propaganda who will stop at nothing to see their version of events prevail, and on the rare occasions when the truth emerges, like a hernia popping through gorged corpse, they apologise discreetly for their ignoble flatulence in a mouse-sized font for hippo-sized lies.”

The Guardian piece so enraged The Sun that it took down its paywall so that non-subscribers could be party to “20 Reasons Why Russell Brand is the Biggest Hypocrite in Britain”. Among other things, the article points out the fact that the “Booky Wookies” of the three-times winner of the “shagger of the year” awards are published by News Corp companies. Fun in The Sun?The Sun

Perhaps what irked The Sun the most was that Brand has frequently written for the paper and has edited its notorious “Bizarre” column. One source told the Guido Fawkes political blog: “He’s written countless pieces for us, I think the last was in May this year, so clearly he didn’t have an issue over Hillsborough then!”

Fox in the stocks

More recently Brand has aimed his fire at Fox News. His YouTube web series (The Trews – the truth about the news – now running to more than 200 episodes) has asked: “Is Fox News more dangerous than ISIS?”, as well as: “Does Fox News want us to be Nazis?” and “Why Does Fox news love guns so much?”

Bill O’Reilly, Fox News’s most visible and voluble newscaster, has been repeatedly singled out for criticism. Attacked for his supposed stupidity and bigotry Brand has stated : “Bill O'Reilly’s message is the same as Rupert Murdoch’s, the same as Fox News’s and the establishment’s, ‘Things are ok the way we are, we will stay in charge’.”

Brand is certainly not afraid to take on Murdoch personally, either. Having previously referred to Murdoch’s “glabrous claw” and The Sun as a tiny part of the “demon’s dermatology” the very latest Trews this week draws attention to Murdoch and tax.

But Brand rails against the whole media system, not just the Murdoch empire. A media system which, in his eyes, ensures the continued existence of the status quo and the propagation of the views of the narrow elite. This is hardly original criticism, of course, but the fact that Brand has chosen to air his beliefs through his books, journalism and broadcasts is something that has clearly upset not just the right wing but also some on the traditional left of the media who you might think would welcome the intervention of someone so down with the (supposedly disaffected) “kids” and in tune with their own views.

The often antagonistic but always worthwhile Media Lens, whose raison d'être is to challenge the corporate media system with a view to instigating a more honest and compassionate world, helpfully catalogued and analysed journalistic responses to the publication of Brand’s call to arms, Revolution.

Bête noire – and loving it

What is most shocking in the examples provided is not so much the volume of criticism that routinely comes Brand’s way but rather the superior tones with which that criticism is expressed. Media Lens highlights the comments of the Observer’s Nick Cohen: “His writing is atrocious: long-winded, confused and smug; filled with references to books Brand has half read and thinkers he has half understood.”

The New Statesman’s Sarah Ditum condemned the man, the message and the audience: “Russell Brand, clown that he is, is taken seriously by an awful lot of young men who see any criticism of the cartoon messiah’s misogyny as a derail from ‘the real issues’ (whatever they are).”

For all the criticism of Brand’s style and his failure to articulate the finer points of how his revolution will work, he is at least opening up debate and challenging the mainstream views. For me, he is quite simply a force for good who uses activism to highlight the causes of the under-represented and disenfranchised. Look at the basis for the current furore – Brand was out on the streets marching in support of Hoxton’s New Era Estate residents and affordable properties.

What is unique about him – and he will be the first of many, I’ll wager – is that he doesn’t need the conventional media to support him. He can take on Murdoch and the Daily Mail because his voice is not limited to their platforms. He can respond to the “hypocrite” accusations within hours online and hundreds and thousands will watch it. He tweets to nearly 9m followers, broadcasts via YouTube and writes best-selling books. He is not going to go away.

John Jewell does not work for, consult to, own shares in or receive funding from any company or organisation that would benefit from this article, and has no relevant affiliations.