Overall 2017 will be the warmest non-El Niño year on record globally, and over the past 12 months we have seen plenty of extreme weather, both here in Australia and across the world.

Here I’ll round up some of this year’s wild weather, and look forward to 2018 to see what’s around the corner.

It feels as if Australia has had all manner of extreme weather events in 2017. We had severe heat at both the start and end of the year. Casting our minds back to last summer, both Sydney and Brisbane experienced their hottest summers on record, while parts of inland New South Wales and Queensland endured extended periods of very high temperatures. 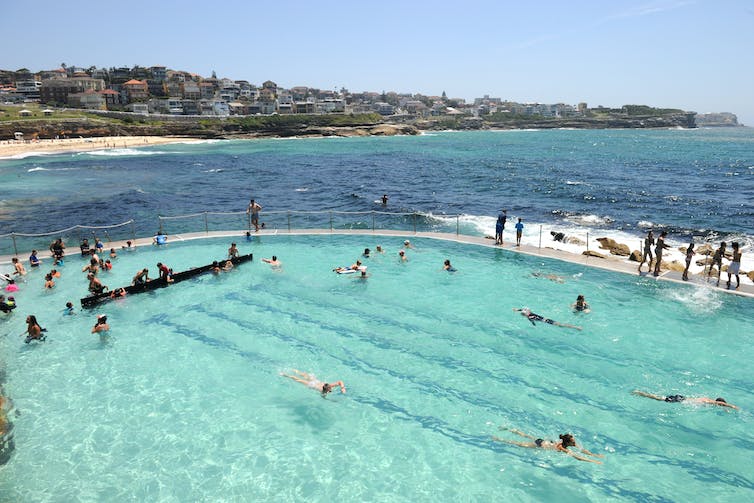 More recently Australia had an unusually dry June and its warmest winter daytime temperatures on record. The record winter warmth was made substantially more likely by human-caused climate change.

The end of the year brought more than its fair share of extreme weather, especially in the southeast. Tasmania had by far its warmest November on record, beating the previous statewide record by more than half a degree. Melbourne had a topsy-turvy November with temperatures not hitting the 20℃ mark until the 9th, but a record 12 days above 30℃ after that.

November was rounded off by warnings for very severe weather that was forecast to strike Victoria. Melbourne missed the worst of the rains, although it still had a very wet weekend on December 2-3. Meanwhile, northern parts of the state were deluged, with many places recording two or three times the December average rainfall in just a couple of days. 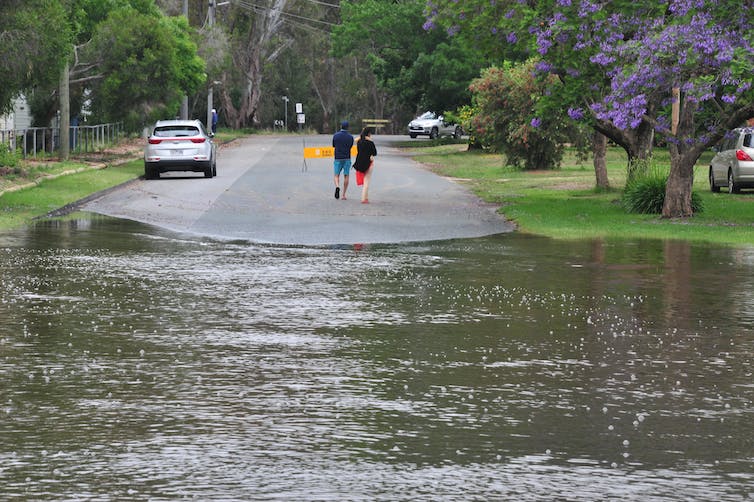 Elsewhere in the world there was plenty more headline-worthy weather.

The Atlantic Ocean had a particularly active hurricane season, with several intense systems. Hurricane Harvey struck Texas and its slow trajectory resulted in record-breaking rainfall over Houston and neighbouring areas.

Then Hurricanes Irma and Maria, both of which reached the strongest Category 5 status, brought severe weather to the Caribbean and southeastern United States just a couple of weeks apart. Island nations and territories in the region are still recovering from the devastation. 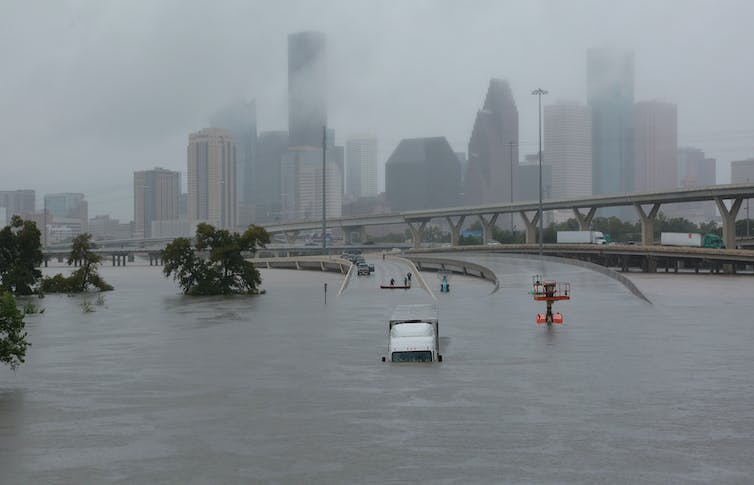 Around the same time, the Indian subcontinent experienced a particularly wet monsoon season. Flooding in India, Pakistan, Bangladesh, and Nepal killed more than 1,000 people and affected tens of millions more.

Other parts of the world experienced their own severe weather events. Whether it was summer heat in Europe or wildfires in California, 2017 dished up plenty of extremes.

In many cases, especially for heat extremes, we can rapidly identify a human influence and show that climate change is increasing the frequency and intensity of such events.

For other weather types, like the very active hurricane season and other extreme rain or drought events, it is harder (but not always impossible) to work out whether it bears the fingerprint of climate change.

The main problem when trying to offer an outlook is that extreme weather is hard to predict, even on the scale of days or weeks in advance, let alone months.

For Australia, with a weak La Niña in the Pacific, there are few clear indications of what the rest of the summer’s weather will bring. There is a suggestion that we can expect a slightly wetter than average start to the year in parts of the southeast, along with warmer than average conditions for Victoria and Tasmania. Beyond that it is anyone’s guess.

Read more: Not just heat: even our spring frosts can bear the fingerprint of climate change

The La Niña is also likely to mean that 2018 won’t be a record hot year for the globe. But it’s a safe bet that despite the La Niña, 2018 will still end up among the warmest years on record, alongside every other year this century. Rising global average temperatures, along with our understanding of the effect of greenhouse gas emissions, are one of our clearest lines of evidence for human-caused climate change.

So it’s hard to say much about what extreme weather we’ll experience in 2018, other than to say that there’s likely to be plenty more weather news to wrap up in a year’s time.