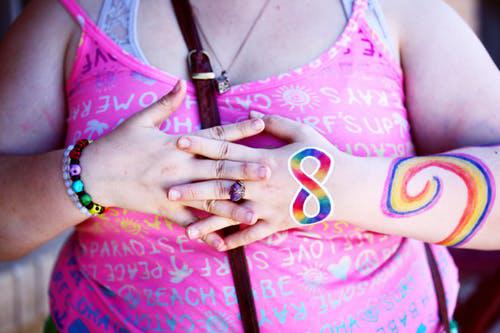 As if the excess pounds were not enough, obesity also increases the risk of many other diseases. Hypertension, heart disease and diabetes are among the most common comorbidities.

Too many pounds put a huge strain on the heart and circulation. The reason is the amount of blood is larger in fat people than in normal people. It means a lot more work for the heart because it has to beat harder to keep the blood flowing. The result is higher blood pressure. Weight loss programs and good diets with complete nutrition and portion control are a few things that might help tackle this problem.

A new study from Oxford shows that not only are numerous diseases caused by the extra pounds, but the risk of death is also greatly increased. A third more weight than the optimum shortens life expectancy by three years. Severely obese patients even lose up to ten years of life.

Studies impressively refute the fairy tale of healthy fat. In addition to known risks for diabetes and cardiovascular diseases, too much bodyweight increases the risks for cancer, depression and dementia.

Overweight should not be played down. It has a huge impact on health and potentially determines our lifespan and quality of life in old age. The worrying publication "The Global Burden Disease 2015 Obesity Collaborators" published in June 2017 in the New England Journal of Medicine also emphasize being overweight as a sickness.

The consequences of being overweight

The dangers of being overweight are quietly lurking. Death comes creeping or delayed by late consequences. The calm appearance is deceptive. You think you are safe, as the damage is not yet recognizable, for example, the blood values ​​shine at their best on the white laboratory sheet at your family doctor. This is also no guarantee of health.

Despite normal blood tests, the risk of cardiovascular diseases and arteriosclerosis is increased. It should finally convince the critical reader: You can no longer be deceived that being overweight is a trivial matter. Studies impressively refute the fairy tale of healthy fat. It is high time to pull the supposedly harmless excess weight off the cute mask.

Epidemiological studies have exposed obesity as a clear risk factor for cardiovascular diseases. The risk increases in obese men by 72 per cent, in women by 82 per cent for overweight and by 269 per cent for obesity.

The explanation of why the heart weakens when overweight is obvious: to supply the larger body mass, the heart has to adapt and expand its size. Like a house that has become too small, the heart slowly expands the ventricles. More blood floods into the now wide chambers, which the heart has to pump into the circulatory system with more pressure. It is the initial spark for high blood pressure, which in turn heralds arteriosclerosis by constant pressure on the vessel wall.

The potentially fatal consequences: heart attack and stroke. The risk of stroke is significantly increased for obese people. Heart failure often develops. An increased risk of cardiac arrhythmias such as atrial fibrillation is also reported. The good news: Cardiovascular risk can be reduced through successful weight loss.

Carbohydrate metabolism disorders such as insulin resistance, fasting blood sugar and type 2 diabetes are associated with being overweight. Above all, the worldwide diabetes avalanche is the result of the overweight drama; about 80 per cent of type 2 diabetes cases are caused by obesity.

The WHO estimated 422 million diabetes patients worldwide in 2014. The number has almost quadrupled since 1980. Not only are the affluent countries affected, but the increase in emerging countries is also devastating.

Obesity is one of the causes of the worldwide diabetes explosion. And diabetes is not a harmless disease: 55 per cent of people with diabetes die from the consequences of early arteriosclerosis due to a heart attack. Peripheral artery occlusive disease of the leg arteries with amputation, cerebral infarction, renal insufficiency requiring dialysis, polyneuropathy, impotence are further consequences, as is blindness - 30 per cent of blindness in Europe is caused by diabetes.

Obesity as a cause of cancer

There is clear scientific evidence for the connection between being overweight and cancer. The WHO sees obesity as a trigger for half a million new cases of cancer worldwide each year. Recent publications in the New England Journal of Medicine emphasize the risk of cancer in the oesophagus, colon, rectum, liver, gallbladder and bile duct system, breast, uterus, ovaries, kidneys, thyroid and blood. One also suspects an increased risk of brain tumours. Cancer researchers at Harvard Medical School Boston rank obesity as the leading heavyweight of cancer triggers - well before smoking. Scientific research is currently focusing on how obesity pathophysiologically generates cancer.

Obese are limited in movement and mobility. The consequence of this is serious indigestion such as chronic constipation. It can provoke new illnesses. Haemorrhoids and diverticulosis (protuberances of the intestinal mucosa) are triggered by constipation and constipation. In severe obesity, the abdominal muscles are often replaced by fat. Intact abdominal muscles are of fundamental importance for correct bowel movements. Overweight creates a wide range of digestive problems.

Also, other digestive organs are at risk: Non-alcoholic fatty liver disease (NAFLD), a new widespread disease, affects 30 to 40 per cent of all adults, 70 per cent if overweight, 80 per cent of people with diabetes. The fatty liver correlates with insulin resistance and is a completely independent risk factor for cardiovascular diseases. It also increases the risk of cirrhosis and liver cancer. Studies also show that obesity is associated with inflammation of the pancreas, some of which can be fatal.

The gallbladder, place of fat digestion, has an up to 150 per cent higher risk of illness for overweight people. Gallbladder infections and gallstones often require surgery. In the meantime, children and adolescents with overweight are also increasingly affected. The common reflux disease, heartburn, is also associated with being overweight. The possible dramatic consequence of reflux disease, the so-called Barrett's oesophagus, an adenocarcinoma of the oesophagus, is also common in overweight people.

Degenerative diseases such as arthrosis, arthritis, heel spurs and chronic back pain - symptoms of the muscles and joints due to obesity - are wide-ranging, according to the WHO report. Understandably, too much body mass over the years can bring the joints to their knees and make life unbearable for those affected. Joint wear due to the heavy mechanical stress carries the risk of impending joint replacement, which should be delay due to the limited durability of the implants.

Obesity is not harmless. And it is more than a latent danger. The adipose tissue is a separate organ that uses signals and messenger substances to drive the pathogen causing chronic inflammation and even push the ageing process of the body's cells. It is high time to take the silent killer seriously and act.