Over the past two decades, we have seen a transition from Disney. Where once the company was focused on creating films and child-like memories and imaginative media, now the Disney name is more diversified. With their interests running from the traditional cinema to CGI and branching out to gaming technology and other venues, there is little in the world (which make a profit that is) that Disney does not have some tie to. It is therefore no surprise that the company has taken a strong interest in the development of 3D printing capabilities. 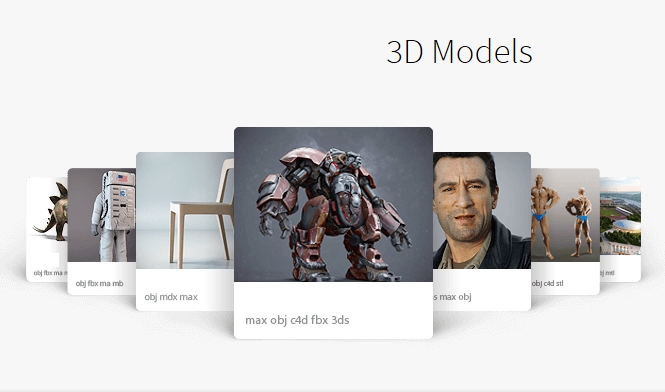 3D printing and 3d models have become a big part of the gaming and technology sector in the past few years. Of course, the 3D world has been ever progressing since Tron, but it has not allowed for the viewer and average Joe to take part in the creative process until recently. The 3D printer, which has been around since the 1980s has not been within the price bracket for most consumers until recently. As the devices have finally fallen below the $1,000 price range, more and more individuals are seeking out the 3D printers to make their own characters and ideas a reality.

Disney understands that the 3D market for developing one’s own characters and ideas is a very marketable area. Apart from the cost of the 3D printer, the buyer has to purchase the substance for the printer to formulate the design, there has to be a model/design to print, and upkeep. Additionally, the 3D printer is based upon the delivery of a device which prints those things which are imagined. For example a person may have a character they want to paint and develop. Prosthetics can be custom designed and innovated to meet a person’s needs. Parts which have been taken off the market can be redesigned and printed to help restore or rebuild. From a creative perspective, Disney has a huge market for merging creativity with the creation of the creativity.

With a 3D printer, Disney can also capitalize on its already existing Infinity platform. Customized characters mixed with personalized integration into the computer loading chip would allow for the player to have a 3D representation of him/herself within the game. Also, with a 3D printer Disney would make it possible for freelance CGI modelers to print out their conceptual artwork/models to present at national events (such as DragonCon). As it is predictable that the 3D printer will have a large Disney logo on every side, it turns the device into a marketing tool when used at such events.

As Disney is claiming that their patent will allow for the quickest 3D printing, the speed will be the top selling point, especially when competing against big names like Stratasys. Yet, even with the fastest system on the market, their marketing should not be targeted to the speed but to the products which are developed. It would not be surprising to find Disney offering the 3D printer with Character bundles available for purchase. Imagine the profit that the company will see if selected action figures are only available through their 3D printing bundle. Such a development and marketing strategy would greatly minimize the cost of manufacturing as well as push the buyer to invest in the printer and the materials to make the 3d Character.

Disney has already taken the first steps in making the 3D printing a customer based, instantiations process. In 2012 Disney offered a Carbon Freeze Me campaign that allowed for the visitor to have themselves printed in a 3D version of the carbon freezing from Star Wars Episode V- The Empire Strikes Back. This process took 10 minutes to complete. With the new 3D patent and quicker speeds similar movie-based experiences are very apt to develop for the next two Star Wars movies as well as for the Avengers franchise.

Is the 3D printer for the consumer or for their Cinematics?

Granted, the 3D printer will have a place within the consumer market. Yet, it appears that with the shift in Disney moves to the more realistic action filled movies, that the 3D printer may just be a means to an end in terms of development and keeping down costs. Plainly, the 3D printer would allow Walt Disney Studios to produce its own props and costumes without the delay time or the off site manufacturing costs generally associated with the process. Also, given that CGI elements take up time to render and post produce, having the physical element developed would cut down on that area of the process as well.

In truth, Disney is focused on the profits and the bottom line. As most companies which branch out from their origins, it is not surprising that the company has looked for technologies which are booming but are in line, howbeit loosely, with the cinema and their new 3D movie image.