News Pronto - News - Published by NewsServices.com
Look to NewsPronto.com for a wide range of authoritative news and information from around the World.

The Team of Editors 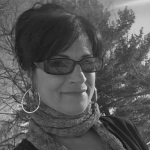 Some of our team.

Warren  has a background in cultivating great small businesses. He has a Ph.D in science but fell into the world of small business by accident and discovered his passion. His experience owning and consulting to small businesses now spans over 17 years. Warren to solve problems using a scientific approach; looking objectively at businesses to see what is happening and applying first principles. In small business, outcomes reign over theory.

David Swanson is working to end all war at http://WorldBeyondWar.org His books include: War No More: The Case for Abolition (2013), War Is A Lie (2010), When the World Outlawed War (2011), and The Military Industrial Complex at 50 (2012).  He is the host of  Talk Nation Radio. He has been a journalist, activist, organizer, educator, and agitator.  Swanson helped plan the nonviolent occupation of Freedom Plaza in Washington DC in 2011.  Swanson holds a master's degree in philosophy from the University of Virginia. He has worked as a newspaper reporter and as a communications director, with jobs including press secretary for Dennis Kucinich's 2004 presidential campaign, media coordinator for the International Labor Communications Association, and three years as communications coordinator for ACORN, the Association of Community Organizations for Reform Now. He blogs at http://davidswanson.org and http://warisacrime.org and works as Campaign Coordinator for the online activist organization http://rootsaction.org Swanson also works on the communications committee of Veterans For Peace, of which he is an associate (non-veteran) member. Swanson is Secretary of Peace in the Green Shadow Cabinet.

Through our partnership with IPS we publish Jim Lobe's blog on U.S. foreign policy

Will Roberts is the Modern Day Will Rogers. He is a Syndicated Radio Host (39 station). Will produces a Cartoon called WillSays.com and is a former in Cirque Du Soleil's "Viva Elvis".

Dr. Leffler, Executive Director at the Center for Advanced Military Science, is the author of "A New Role for the Military: Preventing Enemies from Arising - Reviving an Ancient Approach to Peace."

Mike is a writer and activist from Toledo.  Contact him at mike.ferner@sbcglobal.net

Ludwig Watzal works as a journalist and editor in Bonn, Germany. He holds a PhD in International Relations and Political Science. He has published extensively to the Israeli-Palestinian conflict, US and German foreign policy as well as to issues regarding the so-called Third World. He runs the bilingual blog "between the lines http://between-the-lines-ludwig-watzal.blogspot.de

Canadian Eric Walberg is known worldwide as a journalist specializing in the Middle East, Central Asia and Russia. A graduate of University of Toronto and Cambridge in economics, he has been writing on East-West relations since the 1980s.

He has lived in both the Soviet Union and Russia, and then Uzbekistan, as a UN adviser, writer, translator and lecturer. Presently a writer for the foremost Cairo newspaper, Al Ahram, he is also a regular contributor to Counterpunch, Dissident Voice, Global Research, Al-Jazeerah and Turkish Weekly, and is a commentator on Voice of the Cape radio.

Dr. Ludwig Watzal works as a journalist and editor in Bonn Germany

During the first intifada, he was the director of Physicians for Human Rights – Israel. Gordon is the co-editor of Torture: Human Rights, Medical Ethics and the Case of Israel, the editor of From the Margins of Globalization: Critical Perspectives on Human Rights, and most recently the author of Israel's Occupation.

His writings have appeared in numerous scholarly journals as well as in publications like The London Review of Books, The Washington Post, LA Times, The Guardian, The Nation, Chicago Tribune, The Boston Globe, Chronicle of Higher Education and The National Catholic Reporter.

Abukar Arman is a former diplomat and a widely published foreign policy analyst.

Dr. Mahboob A. Khawaja specializes in global security, peace and conflict resolution with keen interests in Islamic-Western comparative cultures and civilizations, and author of several publications including the latest: Global Peace and Conflict Management: Man and Humanity in Search of New Thinking. Lambert Publishing Germany, May 2012

Dr Shabir Choudhry is a political analyst, TV anchor and author of many books and booklets. Also he is Director Institute of Kashmir Affairs.

NEWSpronto links to headlines via news feeds as a service to our readers.

The feeds include with consent intro text from :-
Iran Review
Politico
CNN
CNN Money
LA Times
Reuters
PR.co
and our own partner PitchEngine.com.au

NEWS pronto republishes some exceptional articles from The Conversation UK & AU with consent.

Iran Review is the leading independent, non-governmental and non-partisan website organization representing scientific and professional approaches towards Iran’s political, economic, social, religious, and cultural affairs, its foreign policy, and regional and international issues within the framework of analysis and articles.

IPS International provides news and content: producing stories and analyses, which explain how events and global processes affect individuals and communities, especially the marginalised and voiceless.

We have 15 sub editors who rotate between roles including business, real estate, entertainment, sport, travel, technology, health, OpEd and marketing.

Contact us to get a quote for one job or a long term relationship. office@NewsServices.com