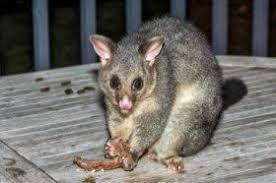 Possums have always been a common sight in Australia for both city and rural residents. Possums were habituated into New Zealand in 1837 to try to create a fur trade, but with no predators and a lot of delicious vegetation, possums have become a massive problem in New Zealand and a special agency was created to control the possum problem in the 1990s. Today there are 23 different possum species found in Australia but there are two that are the most common and those are the Common Brushtail Possum and the Common Ringtail Possum. Female possums are called “Jills” while male possums are called “Jacks” and their offspring are called “Joeys”. So why are these creatures such a pest in Australia?

There are some natural factors at work for population control of possums including brush fires, feral animals, dingoes and scarcity of food. The control of possums is permitted in Tasmania for the purposes of crop protection and to allow for the commercial trade of skins and meat but there are strict regulations that prevent the trapping and movement of possums around Australia. Many Australians are frustrated with these destructive creatures that are now found in their backyards and continually attack and eat gardens while leaving their calling cards in the form of droppings and urine on porches and decks. 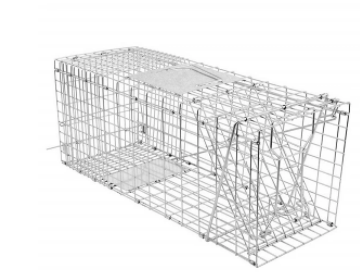 What Do Possums Eat?

Possums are plant eaters and live on a diet of mainly ferns, buds, leaves, fruit and flowers. Certain types of possums are tolerant of some types of plant toxins and will eat plants that other animals cannot. Possums also eat baby birds, bird eggs, moths, insects, snails and grubs. One of their favourite foods is young plants and they can find a solid source of those in backyard gardens. Possums eat any kind of fruit or vegetable that they can find and can destroy a garden in a short amount of time.

The Behaviour of Possums

Possums come out at night and hunt for food after dusk and before dawn. Certain species of possums are loners while others have large family groups and will forage at night for food while some of the other family members are minding the babies. The newborn babies crawl into the mother’s pouch to breastfeed for the first 4 or 5 months of life. Once they have left their mother’s pouch, they will still suckle for a further 8 weeks and ride on the mother’s back. Upon reaching 13 months of age, a possum is fully developed sexually and ready to mate. The life span of a possum is up to 11 years, and this provides a lot of opportunity to many offspring. Possums are very agile and can not only climb a vertical wall but can jump from a tree onto a roof as far as 4 meters away. Possums will remove roof tiles and squeeze through small holes to access the attic of your home.

Possums can balance and walk on power lines and on thin branches. They have also been known to support one another by holding each other’s back legs while the other feeds while both are hanging from a tree branch.

Possums are not necessarily aggressive, but they eat everything and will shelter where they can, even inside of a roof in your home. Possums will raid your chicken coop to get at the eggs and chicks, they will leave droppings on sheds, attics and porches and will destructively tear out duct work and insulation to get into your attic. They also steal the bird seed out of bird feeders and will get into your garbage. They are big on marking their territory with their urine and special scent glands which smells revolting and can be extremely dirty. There are many types of wildlife that can do similar things, but the best way to know if it is a possum that has done the damage is to look for their tracks.

Habitat in all the Wrong Places

Possums are animals that like to be in the rain forest mainly, but they do enjoy a good garden area that is treed and has a water source. Possums do not dig dens under the ground, but they will move into a hollow tree or move into your roof, shed, garage or chimney.

Possums often have ticks and mites, carry and spread bacterial infections and can transmit these to other animals or humans. The droppings of possums may contain the Buruli bacteria which causes large skin ulcers in humans.

Possums destroy wildlife and trees alike because they feed on any food that they can find. They will destroy a roof on a home once they move into it. They can devastate commercial crops, ruin gardens, kill expensive trees and shrubs, bushes and flowers. Possums can also pass diseases onto humans through contact or through their droppings. These are some of the many reasons why possums are a pest in Australia. If you think that you have an infestation of possums, it is important to act immediately. When the possums are out of their den, board up the space or add some other barrier so that they cannot return. Clean up any droppings that you find and dispose of them and use a hose to wash away any urine odours. Pick any vegetables and fruits immediately so as not to provide a food source. Prevention is the key, but you cannot always control the fact that possums are residing with you.