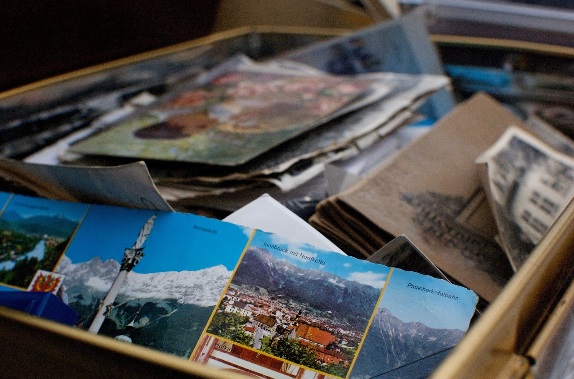 Moving home can be a seriously life-changing experience, especially if you’ve been living in your old home for a significant length of time.

Suddenly, you’re in a new place that may be radically unfamiliar to you. The neighbourhood is likely different, too, and your entire way of orienting yourself in the world has to be revised on a pretty fundamental level.


For all these reasons, and more, moving home can be a very chaotic experience — in the sense of being an experience that seems to throw you out of your usual ordered routine, and into a place of chaos where you likely won’t feel very at ease.

Of course, the process of moving homes should ultimately be positive and fulfilling. Otherwise it’d be hard to imagine many reasons why anyone would ever move by choice. The key to overcoming the uncertainty and anxiety that can accompany a move, is to develop and implement strategies that will help you to maintain a sense of order and normalcy throughout the process.

On that note, here are some practical tips and important things to remember when moving home.

Keeping a planner with you — whether in the form of a paper notebook, or a digital tool such as Nozbe — can make all the difference in allowing you to minimise the chaos involved in a move, and to resume a sense of normalcy and order as soon as possible.

The key is to have a planning system that works, and is intuitive and effective in terms of reducing uncertainty and stress.


List out all of the tasks you have to attend to in order for the move to be “complete”, and systematically take action on those points, one by one.

When you see things written down in this stark way, you naturally feel more in control of things, and are better able to compartmentalise the events of the move in your own mind.

Humans are, to a remarkable extent, creatures of routine and habit — and it’s the habits and routines we execute and act out on a daily basis that are often fundamentally tied to our psychological sense of order and wellbeing. When we’re acting out our familiar habit patterns, things seem under control and neat and tidy.When our habits are disturbed, it can seem like some fundamental and solid part of the world has fallen away beneath our feet, even if the habit in question was nothing more significant than enjoying a morning cup of coffee or tea, in a particular chair, while scanning websites or reading the newspaper.


To help to maintain a sense of order and normalcy during your move, do whatever you can to re-establish familiar routines and rituals as early as possible, after having moved.

Try to have breakfast and dinner at the same times, preferably at the same dining table. Don’t skip out on your usual social engagements any more than you have to. Try to keep a clear and consistent line of continuity in place.

Keep your most treasured belongings easily accessible, and dispose of junk and clutter during the move

Often, during a move, we can lose track of just where some of our most treasured belongings have been packed, and it’s not unheard of for those precious trinkets to stay hidden away for months if not years as a result.The thing is, just as we form a lot of our sense of order and wellbeing as a result of maintaining consistent and regular habits, so too do we tend to anchor ourselves to particular trinkets and physical items which we have developed a significant emotional connection to over time.


This can sometimes be deceptively simple. Perhaps you have a paperweight that sits on your desk, which has always sat on your desk for years. You might barely even notice it on a daily basis, and yet you’ll feel that something is “off” when it’s not there. Bring it back and you find you start smiling again.

During your move, keep your most treasured belongings easily accessible, and dispose of the junk and clutter which adds nothing to your life.

It’s very difficult to return to a sense of order and routine, when half of your life is still packed away in cardboard boxes, months after your move.Don’t let the unpacking halt, or linger, indefinitely, and avoid stuffing boxes in the garage to unpack later. Work hard on unpacking until it’s completely done.