Have you ever wondered how so many species have become endangered? Currently 27% of all assessed species are threatened with extinction. That’s 31,000 in numbers.

This is mainly due to habitat loss, climate change and poaching. But of course, there are other reasons as well, like loss of genetic variation, invasive species and more.

Common industries, like construction, livestock and plant agriculture are some of the main causes of habitat loss. When developing an industry, big companies are clearing pieces of land like tropical rainforests, boreal forests and more.

According to the Global Forest Watch, more than 72.6 million acres of forests were cleared out last year. That means that 72.6 million acres of land were taken from wild animals, and they have nowhere else to go. Some researchers have estimated that two-thirds of all species could become extinct due to deforestation alone.

Deforestation has a huge impact on climate change but it’s not the only cause of global warming. Since 1980, greenhouse gas emissions have doubled, and thereby raised the average global temperatures by at least 0.7 degrees Celsius.

Sea levels are constantly rising, oceans are becoming warmer, heat waves and droughts are becoming more and more frequent. Many species, from polar bears of the Arctic to marine turtles of the African coast are becoming endangered due to this.

Poaching is the illegal hunting or capturing of wild animals. The reason behind it is mainly to  sell them locally or trade them worldwide as exotic pets. These animals are also sold as food, jewelry, decor or traditional medicine. Poaching is a growing threat to elephants, rhinos, as well as to smaller animals like lizards and monkeys.

We can make a change

There is still hope for these animals. With only small steps for us we can make a big change for them. We can start with educating ourselves and raising awareness about this important issue. Or if you want to take action, you can start with researching the origin of the products you buy, making sure they come from a sustainable and ethical business. You can grow your own native plants or just walk instead of driving to your destination. Any of these things can have a big impact.

To see the graphic in full size: https://www.wirefence.co.uk/endangered-species-2020/

Timi B. Smith worked with Wire Fence on this graphic to raise awareness about endangered species. They want to help animals in need so they are also fundraising regularly for different charities/shelter animals. 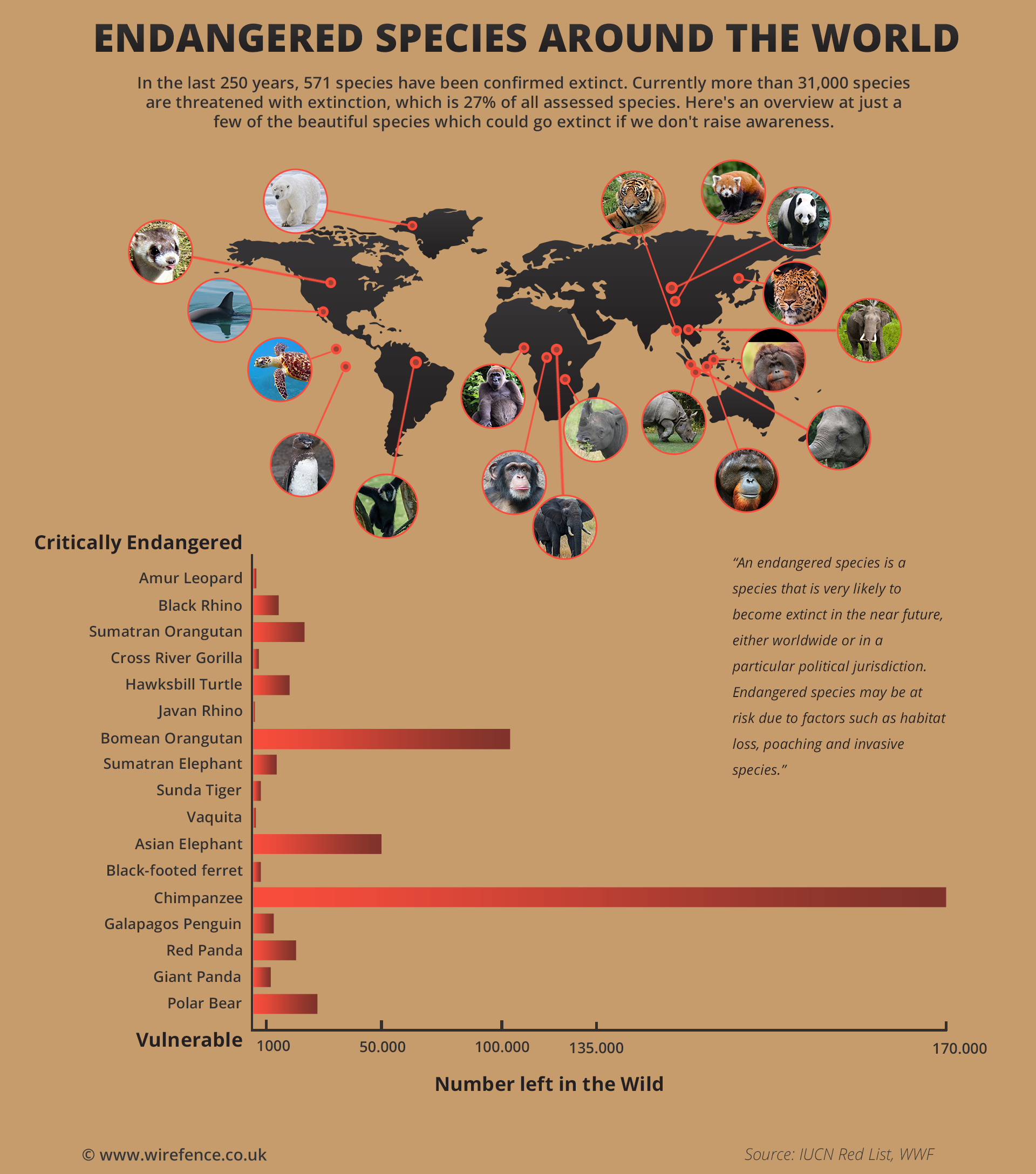