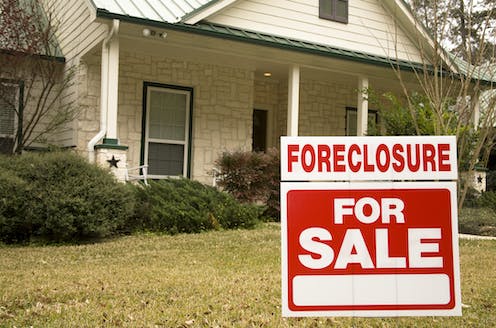 The people arrested in connection with the Jan. 6 Capitol insurrection had an 18% bankruptcy rate – twice as high as the national average – according to a Washington Post investigation. A quarter of the rioters had been sued by a creditor, and 1 in 5 faced losing their home to foreclosure.

As a scholar of American political economy who focuses on middle-class economic precarity, I found this discovery unsurprising.

Since 2017 I have interviewed 48 Americans going through Chapter 13 personal bankruptcy – the kind of bankruptcy primarily filed by people making above-median income or trying to save a home from foreclosure – and watched about 500 bankruptcy court proceedings. When talking about their bankruptcies with my research participants, I also touched on their life histories and politics.

Most did not blame the government or America’s lack of social safety net for their troubles. Instead, they blamed the “entitlement” of others for ruining things for “hardworking Americans.” More often than not, I found, the “entitled” Americans they had in mind were members of minority groups.

Who’s on welfare? Not me

This kind of racialized blame was most explicit among white, middle-aged Trump supporters, who comprised about one-third of my research participants.

In 2017, I interviewed a white mechanic and father of three from Utah who had filed personal bankruptcy after taking out payday loans to get treatment for his suicidal teenage son. His insurance covered only group therapy, so he paid US$5,000 out of pocket to send his son to a specialized treatment facility.

After listening to his story, I asked the mechanic – I’ll call him Greg – what he saw as the biggest challenges facing America.

“What drives me crazy is these people saying they need reparations from the Civil War,” Greg said, asserting that slavery was generations past and criticizing the idea that anyone today could feel entitled to compensation. 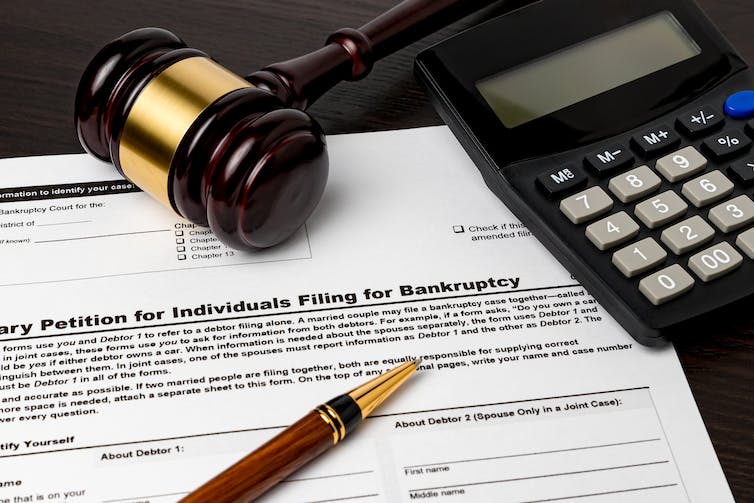 I heard a similar sentiment from “Amy,” a white retail manager and mother of two from eastern Massachusetts.

Speaking of the shoplifters at her job, she said, “I tend to find that it’s the young welfare moms who do” it most, asserting that “most of the time they’re of the Black and Puerto Rican ethnicity.”

Amy told me she had previously relied on rent subsidies and other social services. But she didn’t seem to consider herself a “welfare mom.”

“All the time that I’ve worked and accomplished stuff in my life … and I can’t get assistance when I need it,” she said.

While white Trump supporters were more likely to identify people of color as undeserving recipients of government welfare, they weren’t the only ones. Some people of color in bankruptcy also invoked racial stereotypes about people who manipulate the system to gain an unfair advantage, albeit in a subtler fashion.

“I’ve never been on welfare, I have no illegitimate kids, I’ve never collected some food stamps. Why don’t I get rewarded for behaving better?” said a woman I’ll call Jennifer, a Black administrative assistant who was filing personal bankruptcy to save her condo in central Massachusetts from foreclosure.

All in the family

More than 250,000 people undergo Chapter 13 bankruptcy every year in the United States. Scholars find that debt is anxiety-provoking but that undergoing bankruptcy does not seem to create awareness of middle-class precarity or calls for a more robust American safety net.

Each year, Americans get rid of more than $100 billion in debt by filing for bankruptcy because the federal government says they do not have to pay it back. Research shows this debt-relief system disproportionately benefits white Americans, contributing to the increasing wealth gap between Black and white people.

My research participants would likely bristle at the idea they were receiving a handout. They saw themselves as hardworking people who’d unfairly fallen on hard times while everyone else – particularly women, minorities and millennials – got an undeserved handout.

These narratives are part of something I call the Archie-Edith dynamic, referencing the 1970s sitcom “All in the Family.” The protagonist of the show was a “lovable bigot,” Archie Bunker, who railed against social change and political correctness.

Archie Bunker is openly racist in this clip from ‘All in the Family.’

I started looking into Archie Bunker after interviewing a white manager at a logistics company in eastern Massachusetts who actually called himself “Archie Bunker” in our conversation. This “Archie” partly attributed his bankruptcy to being overlooked at work because “females and minorities” were being promoted instead.

In the TV show “All in the Family,” Archie often succeeds in steamrolling the more moderate views of his wife, Edith. In real life, I found that the financially precarious Archie Bunker types often persuade others to go along with, or at least give credence to, their racialized explanation of economic strife.

For example, when I asked “Patty,” a white medical transcriptionist in bankruptcy, whether she felt social programs in the U.S. were abused, she said she hadn’t “been around people that have abused the system.”

But then “Patty” brought up her husband, a general contractor.

“He’s worked with some Hispanics who are not legal, but somehow they are able to pull off and collect money from the system,” she said, with agitation. “That’s a form of entitlement to me! You know?”

Tess Wise does not work for, consult, own shares in or receive funding from any company or organisation that would benefit from this article, and has disclosed no relevant affiliations beyond their academic appointment.