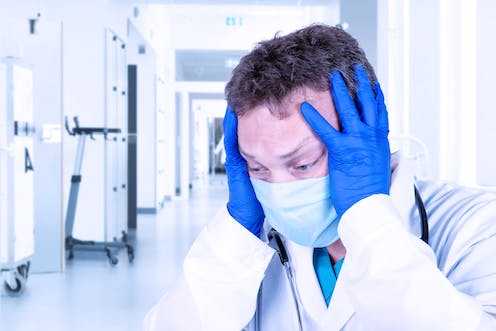 It's estimated that up to 400,000 Americans die every year from medical mistakes. Vadzim Kushniarou/iStock/Getty Images Plus via Getty Images

Dr. Christopher Duntsch was a spine surgeon so reckless, incompetent or impaired that he’s now in a Texas prison. Better known as “Dr. Death,” Duntsch severed nerves, vocal cords and arteries that should not have been touched. He left patient after patient maimed, paralyzed or dead.

Moreover, his story exposes the inability or reluctance of the medical community to stop him. Eventually, the Texas Medical Board did revoke his license. But three fellow surgeons, certain that Duntsch would simply move to another state and resume his career of carnage, implored the Dallas County district attorney to prosecute him. In 2017, a jury took just four hours to convict. Although sentenced to life in prison, Duntsch is up for parole in 2045, when he will be 74.

As a law professor and social psychologist, I’ve been following the problem of patient safety for four decades. Some of my work was included in “Closing Death’s Door,” a 2021 book co-authored with my colleague, emeritus professor of law Stephan Landsman. After studying the failures of the health care and legal systems, we have seen how certain legal innovations could improve patient safety. 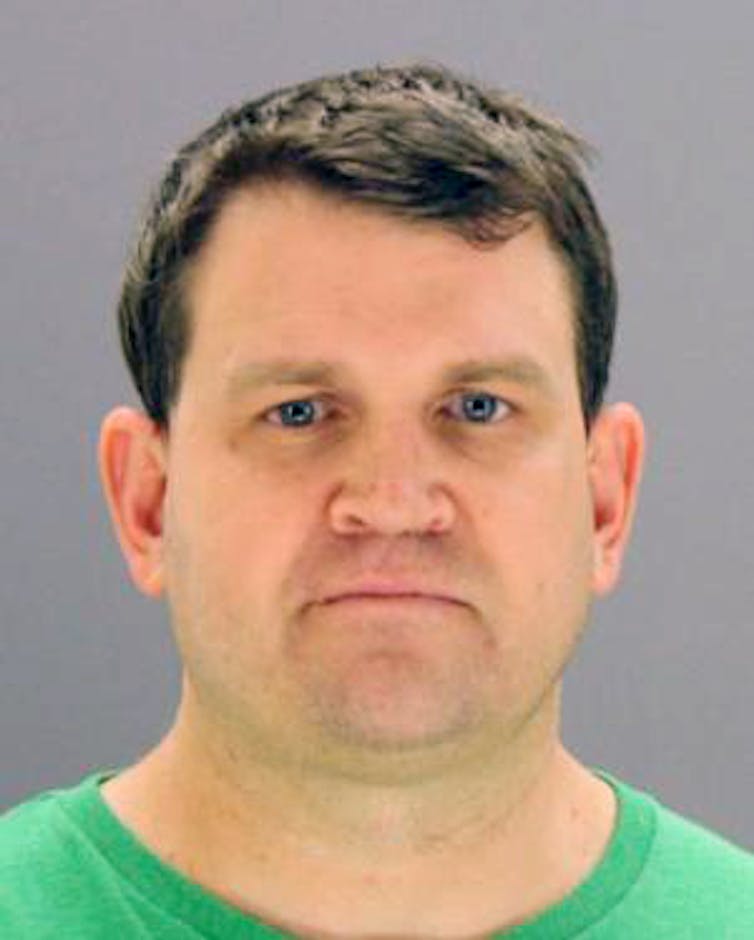 Dr. Christopher Duntsch, a former Dallas surgeon, injured 33 of 37 patients over a two-year period. He is now serving a life sentence but is eligible for parole in 2045.AP Images/Dallas County Sheriff's Department

The media’s fascination with Duntsch is precisely because he’s such a bizarre outlier.

By contrast, the harm you might suffer in health care would likely be at the hands of a provider who is competent and well-intentioned. When something goes seriously wrong, it’s typically due to a small slip or oversight.

Still, the blunders can be devastating and are all too common. Examples go back decades: In 2006, when a biopsy sample was mislabeled, a Long Beach, New York, woman without breast cancer was misdiagnosed and got a mastectomy. In 2013, a Boston surgeon misread a label and injected the wrong type of contrast media into a patient’s spine; the patient died an agonizing death. And sometimes, left and right still get mixed up, even when the hospital has policies to stop wrong-location surgeries.

Medical errors are a major cause of death

Medical mistakes, and not the patient’s underlying condition, produce more deaths and injuries than all other types of accidents in the U.S. combined. They are one of the leading causes of death, behind heart disease and cancer.

Studies from the early 1970’s onward estimate that about 200,000 to 400,000 Americans die from medical errors every year, perhaps more than 1,000 a day. By comparison, about 115 people in the U.S. die per day in motor vehicle crashes, 14 from workplace accidents and approximately zero from commercial airliner crashes.

And for every patient who died from a medical mistake, two more suffered moderate to severe injuries. What’s more, all of those mistakes involved hospital patients only. The studies did not include errors at outpatient surgery centers or the doctor’s office, including prescription snafus or lab errors.

There have been glimmers of progress, but no major advances. Despite decades of talk, hospitals seem unable to appreciably reduce preventable injuries and deaths. The persistent high numbers also suggest that conventional malpractice litigation has been inadequate as well. 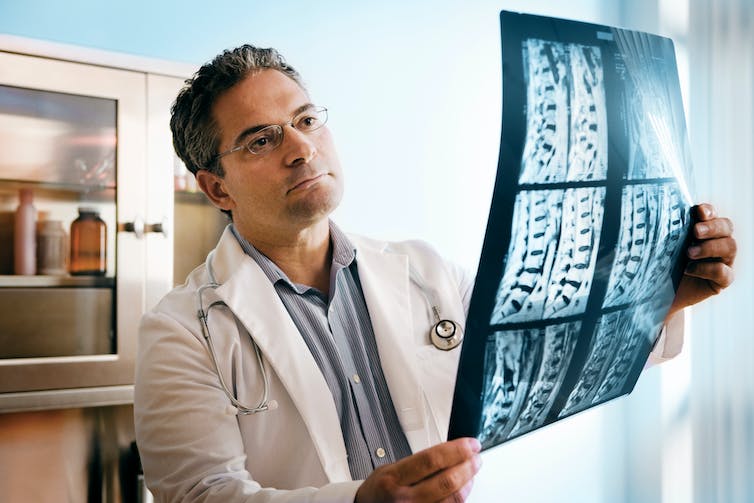 Shifting liability from caregivers to institutions would encourage organizations to create systems and processes with built-in accountability.stevecoleimages/E+ via Getty Images

Focus on organizations, not caregivers

Humans inevitably make mistakes, but most patient safety advocates believe medical error is embedded in the systems, procedures and processes of health care organizations, and are not simply the result of individual caregiver errors.

If the law’s focus of accountability – and liability – could shift from doctors and other caregivers to the hospitals where they work, that would push organizations to develop safer systems. A proposed legal approach, “enterprise liability,” is intended to do exactly that: Every provider must belong to one or more health care organizations, which would be accountable for that practitioner’s work. When errors are made and patients are harmed, only the organization – not the practitioner – could be sued.

By refocusing accountability, health care organizations would be encouraged to choose personnel more carefully, train and supervise them better and invest more in safer systems.

Perverse incentives at these institutions have impeded safety improvements. For instance, medical mistakes requiring additional care bring more revenue to the very health care organizations that could have prevented the mistake. Erroneous injuries, however inadvertent, lead to financial reward.

This contributes to the inertia that many hospitals already have about making expensive changes. A hospital determined to be safer will spend time and money making those improvements, but success will mean a permanent reduction of its income.

That’s why making safety investments more attractive to hospital administrators is critical. Medicare and Medicaid now refuse to pay hospitals when patients suffer certain “hospital-acquired conditions.” Another possibility: “pigovian taxation,” which recoups costs for those injured by medical mistakes – the safer the hospital, the smaller the tax. 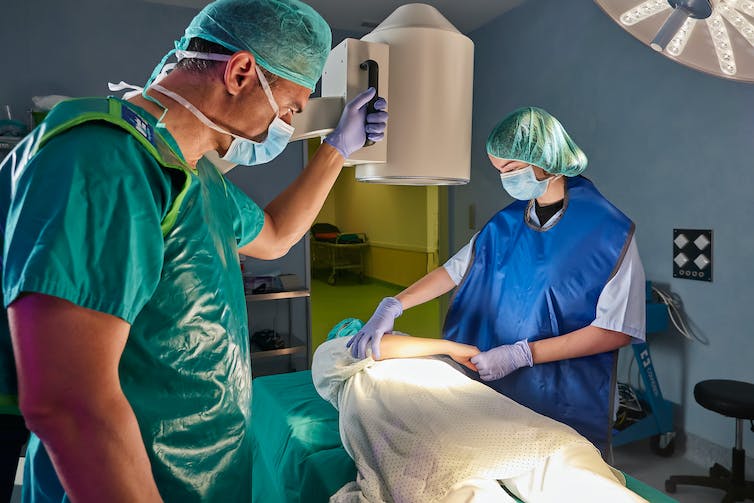 Using equipment that is the same make, model and manufacturer across a hospital’s various operating rooms could help reduce medical mistakes.Antonio Marquez lanza/Moment via Getty Images

Most hospital systems, stunningly fragmented, could benefit from a redesign, perhaps modeled after high-reliability organizations. Exemplified by the commercial aviation industry, high-reliability organizations operate complex and high-hazard enterprises so effectively that errors are difficult to make – or, if made, are caught by computers or double-checking humans before harm occurs.

Technology, although a blessing, brings its own opportunities for error. At some hospitals, operating rooms contain the same equipment but different makes, models, designs and vintages. Staff must remember how to work the varied technology. If hospital equipment was consistent across operating rooms, the risk of error would be lowered.

And then, the most direct kind of legal intervention: Closely monitor a limited number of high-profit, high-risk procedures. Regulators would receive risk-adjusted data on a caregiver’s performance; if mortality rates exceed acceptable levels, the regulator would terminate the provider’s authorization to perform the procedure. This has been done successfully in New York state with coronary artery bypass graft procedures.

A range of these innovations – in health care organizations, technology and law – hold the key to reducing the astonishing and tragic frequency of preventable deaths and serious injuries. Without such changes, the future of patient safety won’t be better than its past.

Michael J. Saks does not work for, consult, own shares in or receive funding from any company or organization that would benefit from this article, and has disclosed no relevant affiliations beyond their academic appointment.