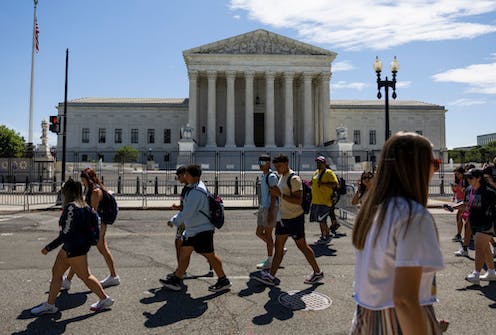 For nearly three-quarters of a century, one issue in education has come up before the Supreme Court more than any other: disputes over religion.

Carson v. Makin, a case about Maine’s tuition assistance program for students in districts without high schools of their own, continues the pattern – with potential consequences for schools, families and courts across the country.

On June 21, 2022, the court ruled that parents in rural districts lacking public high schools, but who receive state aid to send their children to private schools instead, can use that money for tuition at schools with faith-based curricula. In a 6-3 order, the court held that Maine’s requirement that tuition assistance payments be used at “nonsectarian” schools violated the free exercise clause of the First Amendment because parents could not send their children to the schools of their choice.

In two recent cases on similar issues, the court ruled in favor of families. Carson continues this trend of allowing more public support to students in faith-based schools, which has been developing for more than 20 years.

To the school choice movement – which advocates affording families more options beyond traditional public schools, but having the government help foot the bill – Carson represents a chance for more parents to give their children an education in line with their religious beliefs.

Opponents fear that cases such as Carson could establish a precedent of requiring taxpayer dollars to fund religious teachings. Based on its most recent judgments, many legal analysts maintain that the current court is increasingly sympathetic to claims that religious liberties are being threatened but, in so doing, is creating too close of a relationship between religion and government.

Religion in schools emerged as a significant issue at the Supreme Court starting in 1947’s Everson v. Board of Education, when the justices upheld a New Jersey law allowing school boards to reimburse parents for transportation costs to and from schools, including ones that are religiously affiliated.

According to the First Amendment, “Congress shall make no law respecting an establishment of religion, or prohibiting the free exercise thereof” – an idea courts often interpreted as requiring “a wall of separation between church and state.” In Everson, however, the Supreme Court upheld the law as not violating the First Amendment because children, not their schools, were the primary beneficiaries.

Everson signaled the start of the “child benefit test,” an evolving legal concept that I have written about in my work on education law. According to this test, which has guided many of the court’s decisions about religion, money and education, children who attend faith-based schools are the primary beneficiaries of the state aid they receive, rather than their schools. In other words, this logic reasons that the government is not directly supporting particular religions. 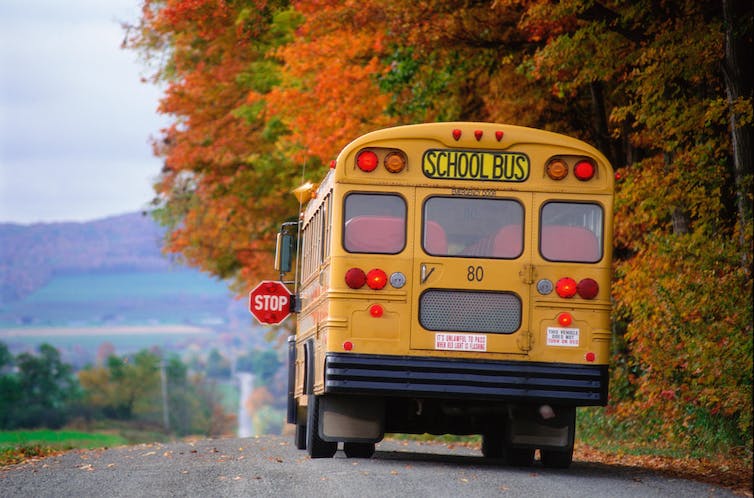 In recent years, though, the court has expanded the boundaries of what aid is allowed – as it has now done again with Carson. The decision extends the Supreme Court’s two most recent judgments on aid to students in faith-based schools: In 2017’s Trinity Lutheran Church of Columbia v. Comer, the Supreme Court reasoned that states cannot deny religious people or religious institutions generally available public benefits simply because they are religious. Three years later, in Espinoza v. Montana Department of Revenue, the court decided the state’s tuition tax credit program cannot bar private, faith-based “schools from public benefits solely because of the religious character of the schools.”

Maine’s Constitution mandates the creation of public schools. But many rural towns don’t have their own secondary schools: In fact, of the 260 “school administrative units” in Maine, more than half lack a secondary school.

In areas without access to public schools, Maine law allowed students to attend other public or private schools at public expense, but not faith-based ones. The state requires approved schools to be nonsectarian, “in accordance with the First Amendment of the United States Constitution.”

Carson v. Makin began in 2018 when three sets of parents unsuccessfully filed suit on behalf of their children, arguing that the rule discriminated on the basis of religion. The federal trial court in Maine ruled in favor of the state, affirming that its tuition aid requirements did not violate the rights of the parents or their children. On appeal, the First Circuit unanimously affirmed in favor of the state, rejecting all the parental claims.

When, as the parents in Carson alleged, state actions limit fundamental rights such as free exercise of religion, courts apply what is called “strict scrutiny,” meaning that public officials must prove they have a “compelling interest” in restricting such a right. When the Supreme Court applies “strict scrutiny,” as it did in Carson, state restrictions typically fail.

Writing for the court, Chief Justice John Roberts declared that the Maine program “effectively penalizes the free exercise of religion.” Relying on Trinity Lutheran and Espinoza, he wrote that “a neutral benefit program in which public funds flow to religious organizations through the independent choices of private benefit recipients does not offend the Establishment Clause.” He also declared that a state’s interest in not violating the establishment clause does not justify excluding people from a public benefit because they are religious.

The previous recent cases dealt with schools’ status as religious schools, rather than whether their actual teaching is religious. Lower courts’ decisions about Carson, on the other hand, looked at how religious schools would actually use the funds: whether they would provide an equivalent education to the one that Maine’s public schools deliver.

But the Supreme Court held that both “status-based” and “use-based” refusals to allow state aid for students at religious schools are “offensive to the Free Exercise Clause.”

As often occurs in such high-profile cases, the dissenters disagreed strongly. Justice Stephen Breyer, joined in full by Justice Elena Kagan and partially by Justice Sonia Sotomayor, wrote of “an increased risk of religiously based social conflict when government promotes religion in the public school system.”

Carson is unlikely to end disagreements over public funds and religion – or religion and schools more generally. But two clear points emerge in Carson’s wake: the court’s ongoing support for the “child benefit test” and its continuing to lower the wall of separation between church and state in education.

This is an updated version of an article originally published on Nov. 29, 2021.

Charles J. Russo does not work for, consult, own shares in or receive funding from any company or organisation that would benefit from this article, and has disclosed no relevant affiliations beyond their academic appointment.

Authors: Charles J. Russo, Joseph Panzer Chair in Education in the School of Education and Health Sciences and Research Professor of Law, University of Dayton