Mardi Gras is a celebration unlike any other, but unfortunately, it can also be a time of great danger on the roads. Studies show that car accidents spike nearly 20% in the two weeks preceding the celebrations, while in 2015 alone there were 599 crashes and 10 deaths during the five-day period itself. The good news is there are some things that you can do to improve your safety on the roads during Mardi Gras season.

How to Stay Safe on the Road During Mardi Gras

Taking steps to drive safely on the road can protect you, your passengers, and others on the roadways during Mardi Gras. By taking the following steps, you can also increase the likelihood that you are compensated for any losses in the event that you’re in an accident.

Driving defensively is one of the best decisions you can make in all seasons, but especially in the two weeks before Mardi Gras. While it may seem like you could lose time by following defensive driving best practices, they’re actually designed to do the opposite and to maximize the amount of time and money you save while protecting your safety. Defensive driving consists of the following:

Obey Traffic Laws (Even When No One’s Around)

Driving past a stop sign or speeding just a little is harmless if no one is around, right? Unfortunately, even if it looks like no one is nearby when you’re breaking traffic laws, they could be right around the corner. That bit of speeding could also put you in a dangerous situation down the road that you can’t foresee right now. Stick with traffic laws instead of gambling with your car, your life, and the lives of others just to save a few seconds.

It should go without saying, but don’t let your guard down and drink and drive during Mardi Gras season, even if you “feel fine.” The science of blood alcohol concentrations is inexact, and even if you think you’ve given yourself enough time to drive, you could be misjudging yourself, especially if you’re making the call after you’ve already had a few drinks. Use a rideshare program to travel safely if you intend on drinking instead of risking a drive in your own car.

Avoid Driving During Sunrise and Sunset

Sunrise and sunset can see a spike in accidents, making it a dangerous time to drive even in normal conditions. With the chaos of Mardi Gras, these times of day become even more perilous times to be on the road. Try to avoid being on the road during these transitions, and if you can’t, drive with extra caution during them.

What if I’m in an Accident?

Unfortunately, even the most cautious drivers can be on the receiving end of an accident. If you’re in a car collision, it’s important that you seek out medical attention and report your accident to the police and your insurance company. Should you decide to seek compensation for your accident, the deadline to sue in Louisiana is two years after your accident for most civil cases, including car accidents. Working with an experienced car accident lawyer can give you the advantage that you need to get the maximum award possible. 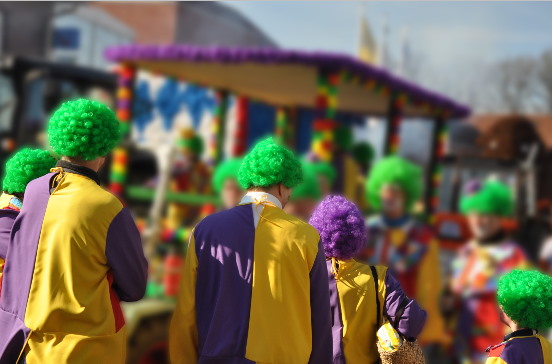