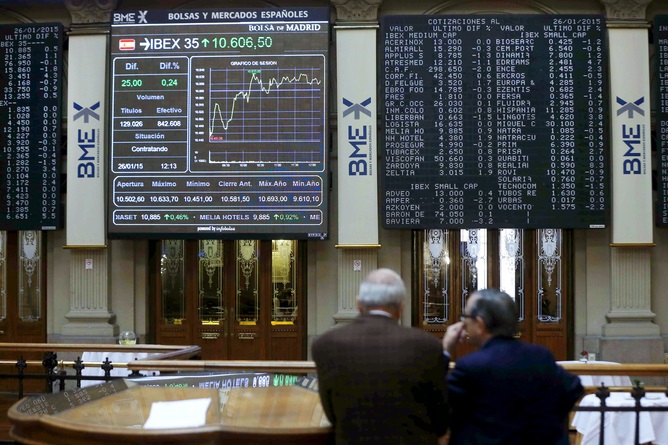 Syriza, in choosing to enter into coalition with the Independent Greeks, is sending a clear message to the Eurozone’s leaders: it is intent on challenging Greece’s debt repayments.

So, some form of challenge to the austerity policies of the previous government is inevitable – this was its mandate. But it has options for the extent to which it might challenge international lenders – and its leaders might want to consider if this is the best option for the Greek economy.

The coalition government has talked about restructuring the Greek debt (currently at 175% of Greek GDP) and reversing many of reforms pursued by the previous government. It has mentioned pursuing demand-driven policies, such as an increase in the minimum wage from €586/month to €751/month to support lower income workers and increase consumer spending. But the government’s exact challenge to lenders has not yet been made clear.

Something to should bear in mind is the effect the policies it pursues will have on the country’s GDP growth. By running a simple econometric model, it is possible to assess this. Like all models, it relies on “what-if” scenarios. But, overall, it questions the benefit for this government of pursuing a collision course with Greece’s international financiers.

We can estimate what Greece’s growth will be in conjunction with world economic growth projections, the cost of servicing Greece’s debt and a “governance indicator”, which is an assessment of a country’s investment profile and how its governance is perceived internationally.

IMF forecasts of world economic growth were 3.8% in 2015 and 4% in 2016. For the fluctuating cost of servicing Greece’s debt and the governance indicator, I run two different “what if” scenarios:

In the first scenario, Syriza will prioritise its fights and will probably reverse some structural reforms but continue with its repayments in order to avoid defaulting on its debt.

In this case, the governance indicator will deteriorate in 2015 but make no further losses in 2016. Financial markets, however, would respond negatively. Markets judge country risk against the relative safety of German debt. Greece currently pays about nine percentage points more than Germany on its ten year bonds; under this scenario this would ramp it up to 13 points in 2015. But, as Greece remains within the eurozone, the positive effect of quantitative easing would ease the spread back to six percentage points in 2016.

In scenario two, Greece would not reverse any of the structural austerity reforms and continue with its repayments. Backed by quantitative easing, the ten-year spread would drop to six percentage points in 2015 and even further to four in 2016. In this case, the country’s governance indicator would not suffer any losses in 2015-2016. Growth would then remain positive at 2% in 2015, and strengthen further to 3% in 2016.

It should be emphasised that this is a rather simplistic econometric model that doesn’t capture the complexities within the economy (including the potential “haircut” to Greece’s debt, if it happens at all). The model’s predictions rely on the specific assumptions stated by scenarios one and two.

Nevertheless, the model shows that growth to the Greek economy would be greater should Syriza choose to work with its lenders and not collide with them. Perhaps Syriza should also realise that controlled collision is not a safe policy option, as any form of confrontation risks spiralling out of control.

With this in mind, it would make sense for Syriza to enter into negotiations with the troika (the IMF, ECB and EU) using a more moderate and realistic tone. It will defuse the risk of an unnecessary escalation with Greece’s European partners at the very time when Greece’s economy remains extremely fragile.

In this case, the Syriza-led government will probably bluff its way forward by choosing to play the dangerous card of the “Grexit domino effect”. But bluffing works mainly in favour of experienced card players. This is definitely not the case for the inexperienced coalition of Syriza and its Independent Greek partners.

By Costas Milas Professor of Finance at University of Liverpool

Cross published from The Conversation