Hypochondriacs are a big problem for doctors. If people are booking appointments every time they sneeze, they’re taking up valuable time when medical professionals could be seeing people that genuinely need treatment. That’s why you should think about whether you really need to see a doctor or not before booking an appointment. However, you’ve got to be careful here because it is quite easy to go too far the other way. A lot of people don’t want to waste doctor’s time or they simply can’t be bothered with going to the doctors so when there is something wrong, they just shrug it off and think that it’ll just pass. Sometimes, that’s true and if you’ve got a bit of a stomach ache or a cold, you can just wait for your body to fight it off naturally without seeking medical help. But there are a lot of symptoms that people tend to ignore, often because they don’t realize that they’re that serious. These are the 3 symptoms that you should never ignore. 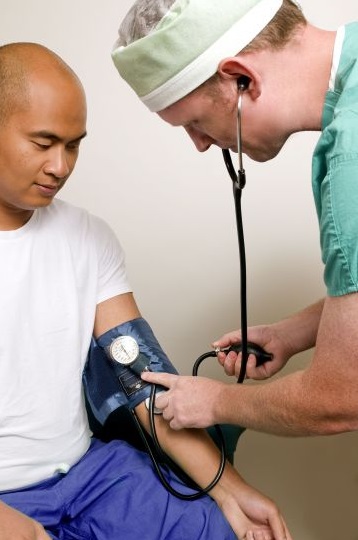 If you’ve just eaten a massive meal and you’re feeling a bit bloated, you don’t need to see a doctor. You probably need to manage your portion sizes a bit better and wait for it to go away on its own. Some women also experience bloating when they’re on their period and that’s not a worry either. But if you’re feeling bloated all of the time, even when you haven’t eaten recently, that might be a cause for concern. It could be a sign of some kind of food intolerance like Coeliac disease or lactose intolerance and in some more extreme cases, it might be a symptom of stomach cancer. That’s doesn’t mean to say that you’re definitely in danger every time you have a bloated stomach but it’s better to be safe than sorry.

Chest pains are taken very seriously by doctors but often, people put it down to indigestion. Again, if you’ve recently eaten or drank a lot of food and you get some chest pains afterwards, that’s probably the cause. But if it starts happening a lot, you should get down to specialist right away (you can find a good one at cvs.net.au). Chest pains are often a sign of heart problems which can be very serious. It might also be caused by problems with the lungs which is equally as serious, so don’t ignore it.

This is a big one because there aren’t always easily recognisable symptoms. They’re also a lot easier for people to brush off because they put it down to just being a bit sad. But depression and anxiety problems are much more than that. If you’re constantly feeling down and you have a lack of energy, you need to speak to somebody about it. The longer you put it off, the worse it will be. The stigma around mental health is lifting but there are still a lot of people that don’t think it’s a ‘real’ health problem, but it is. Don’t feel embarrassed about seeing a doctor and don’t put it off because you don’t think that your depression is that bad compared to other people.


People often ignore these symptoms because they don’t think that the causes are serious but sometimes, they can be. It’s always better to be safe than sorry.