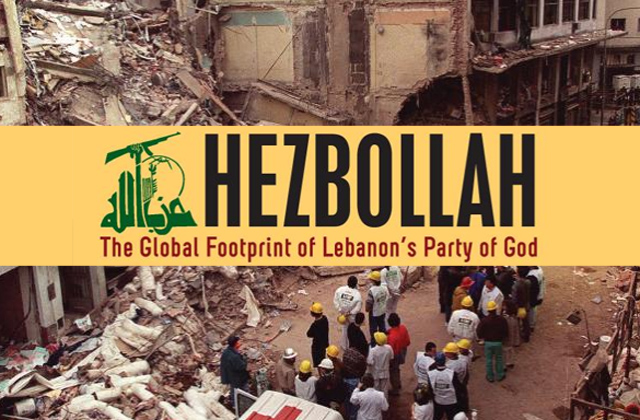 In February 2008, a high-ranking Hezbollah leader, Imad Mughniyah, was assassinated in Damascus. Everybody assumed that it was done by the infamous Israeli Mossad. After seven years, it was reported that the CIA did the killing and Mossad delivered only the parameters. This spin doesn't surprise anyone. Aren't both organization involved in criminal acts all around the world? The question that immediately arises is; why now?

Israel's Prime Minister Binyamin Netanyahu is doing everything possible to bring the negotiations between the US and Iran to fail. After his amateurishly threaded speech before the US Congress on March 3, in cooperation with Obama's intimate enemy John Boehner, the Speaker of the House, Netanyahu thought he scored a coup against President Obama but it turned out to be a flop. It has been the greatest affront to a US President in a series of countless humiliations of US top officials. It shows who really calls the shots on Capitol Hill what US Middle Eastern policy is concerned.

Some democrats have threatened to skip Netanyahu's expected hate speech against major US national interests, namely the normalization of relations with Iran after 36 years of enmity and alienation. A sign of solidarity with President Obama would be if all democrats stayed away, including Vice President Joe Biden, who chairs these sessions along with Boehner. Apparently, Biden will be out of town! It would be a strong symbolic sign to the American people. In Israel, however, Netanyahu's indignities against Obama have not caused much damage in the polls. How much political blood will be left on the carpet between the US and Israel remains to be seen.

The youngest propaganda spin about the murder of Hezbollah leader Mughniyah was broken by Newsweek magazine, the Washington Post and WINEP (The Washington Institute for Near East Policy), an outpost of Zionist propaganda in the US, and flanked by the right-wing "Jerusalem Post". Before WINEP was outsourced, it belonged to AIPAC, the well-known Zionist lobby that supports almost all members of Congress financially to get their votes for Israel's occupation policy and colonialism in Palestine.

The message of this "breaking news" to Obama was "you need us". Of course, both intelligence agencies are partners in crime. But the real message is that Netanyahu wanted to limit the damage that his abysmal try to sidestep the Obama administration caused in order to address Congress. By exposing the CIA as a killer organization, the Zionist lobbyists signal what "secrets" the Mossad might still have in its repertory. This Zionist spin is just another try to sabotage the negotiations between Iran and the US. Netanyahu knows that Obama is politically a "lame duck", that's why, he can behave like a reckless cowboy.

The Zionist lobby uses Hezbollah as a scapegoat but it's real target is Iran. At this point, Mathew Levitt, who works for WINEP, comes into play. He has not only cartooned Hamas in 2006 as a "Terrorist Organization" but also Hezbollah in his latest book. What he and his buddy Adam Goldman from the Washington Post had to say about Hezbollah was just beyond the pale. Levitt was quoted several times in the Post.

According to Levitt's book, Hezbollah conquers the world, i. e. Hezbollah is behind almost every "terror attack", but the real instigator behind the scene is Iran. The purpose of this piece of Zionist bogus is to spread fear and manipulate Americans into a war against Iran for the benefit of Israel.

The Table of Contents tells everyone what to expect from this book. "Hezbollah targets Westerners in Lebanon and beyond", Bombings in Buenos Aires", "A Near Miss in Bangkok", "Hezbollah Comes to North America", " Bombing Khobar Towers", "Hezbollah in Iraq", "Party of Fraud—Hezbollah's Criminal Enterprise in America" "Shadow War". Almost half of the book is loaded with footnotes. To back trace them, the original source does hardly match Levitt's commentary or interpretation.

For Levitt, Iran is the sinister power that pulls the stings in the back. It's like George W. Bush's rhetoric of the "Axis of Evil". His ideological biased book is of the same ilk as the assertion that the CIA had murdered the Hezbollah leader. These allegations are backed up by anonymous sources, which can also be made up by any journalist.

The Zionist lobby puts much on the line to drag the United States into a war against Iran. It's unlikely that under the Obama presidency there will be a war with Iran. Such a war might be waged under Hillary Clinton or Jeb Bush who are more inclined to fulfill the Lobby's dream. Obama, instead, should take revenge on Netanyahu for his indignities and recognize the State of Palestine. The Obama administration should throw Netanyahu under the bus in order to regain its self esteem.