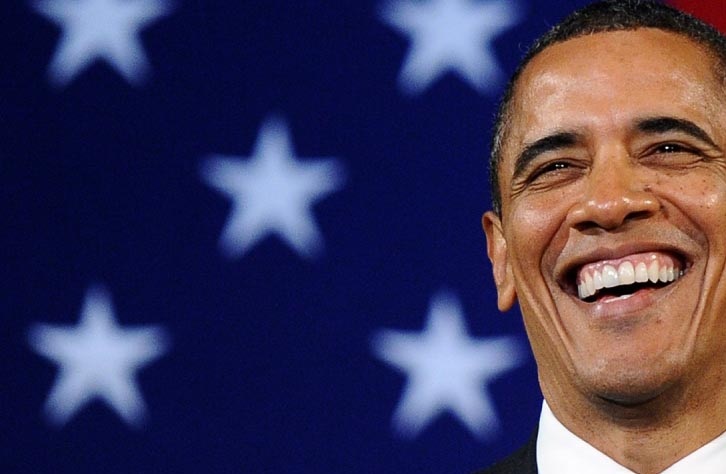 WASHINGTON, Jul 14 (IPS)  - While Republicans and other right-wingers claim that President Barack Obama has inflicted unprecedented damage on Washington's global reputation, a major new global survey suggests that the image of the U.S. remains generally positive.The survey, which was based on nearly 50,000 interviews of respondents in 44 countries, found that the U.S. remains substantially more popular than China, widely considered Washington nearest geopolitical rival, in every major region except the Middle East.

A global median of 65 percent respondents said they held a positive view about the U.S., with majorities in 30 of 43 nations (not including the U.S. itself) expressing a favourable opinion.

By contrast, a median of 49 percent said they felt positively about China, while 55 percent said they had an unfavourable view of the Asian giant. The most negative opinions were expressed in Europe and among some of Asia's closest neighbours, particularly those which are contesting Beijing's increasingly assertive territorial claims.

As for Obama himself, the first U.S. African-American president remains broadly popular, with a median approval rating of 56 percent – about 15 percentage points higher than in the U.S. itself -- with half or more of the public in 28 of the 44 countries expressing confidence that he will "do the right thing" in world affairs.

But, like the U.S. itself, Obama's image remains poorest in Arab countries, Turkey, and Pakistan. By contrast, Obama's approval ratings climbed some 10 percentage points (to 71 percent) in Israel between 2013 and 2014.

Indeed, Israel was the only country of 21 nations surveyed in 2009, when he became president and expectations for his tenure were highest around the world, where Obama's approval ratings improved over the five-year period.

The latest survey, however, also found major plunges in his popularity in Germany and Brazil, compared to 2013, which Pew analysts attributed to revelations that the U.S. National Security Agency (NSA) has been conducting major spying operations on the phone conversations of the two countries' leaders.

It also found a sharp drop in positive assessments of Obama in Russia – down to only 15 percent of respondents – which Pew said was most likely related to the sharp uptick in bilateral tensions over ongoing crisis over Ukraine and Moscow's annexation of Crimea.

The Pew poll, which was conducted between mid-March and early June, is the latest in an annual series that the organisation's "Global Attitudes Project" has carried out since 2002. The surveys have covered public opinion on a broad range of international issues in as few as nine and as many as 47 each year over that period.

The survey is quite comprehensive in scope, and its results are released in instalments over the summer. Last week, for example, Pew released findings regarding Russia's global image, which, according to the survey, had suffered in every region of the world over the past year, particularly in Europe and the U.S. where nearly three in four respondents reported unfavourable views of Moscow.

In addition to comparing perceptions and images of the U.S. and China, the latest showed focused on international reaction to disclosures by former NSA employee Edward Snowden about Washington's use of electronic surveillance of foreign leaders and citizens, as well as Washington's reliance on drone aircraft to kill alleged terrorists in foreign countries.

The survey found strong opposition nearly across the board – except in the U.S. itself -- to both activities, although it also found little evidence in most countries that they had significantly harmed Washington's image.

As important, perhaps, the survey found that opposition to drones strikes has grown steadily – and significantly in a number of countries, particularly Senegal, Uganda, France, Germany, the Philippines, Mexico, Japan, and even within the U.S. itself – compared to 2013, when Pew asked the same question.

Overall, opposition was found to be strongest in Latin America, the Greater Middle East, Greece, Senegal, Spain, and Japan. On the other hand, pluralities and majorities in Israel, the U.S., Nigeria, and Kenya said they approved of Washington's use of drone strikes.

As to the NSA's monitoring activities, majorities in most countries said they approved of efforts to spy on terrorists. At the same time, majorities in nearly all of the countries said they opposed U.S. monitoring of emails and phone calls of foreign leaders, and particularly average citizens. That latter sentiment was particularly strong in Greece, Brazil, Egypt, Jordan, and Tunisia, according to the survey.

On China's image, pluralities or majorities in all Latin American and sub-Saharan African countries covered by the survey held positive views. In other regions, however, impressions were far more mixed.

Majorities in the U.S., France, Spain, Poland, Germany, and Italy held said their overall views were negative, while in Ukraine and Russia, nearly two thirds of respondents said they had a positive image of China. The Greater Middle East was similarly split, with the most positive views found in Tunisia and Palestine, while Jordan and Turkey were strongly negative.

Majorities in six of the 10 Asian countries (not including China itself) of up to 78 percent (Pakistan) expressed favourable views, while respondents in the three countries with which China has ongoing maritime disputes – Philippines, Vietnam, and Japan – were strongly negative. In India, where the land border with China remains in contention, a plurality of respondents voiced negative view of their northern neighbour.

The survey found a growing belief -- compared to 2008 when Pew asked the same question -- that China will eventually replace the U.S. as the world's greatest superpower or has already done so.

The latest poll found that the view that Beijing will indeed replace Washington as the pre-eminent global power was strongest in Europe (60 percent) and weakest in Asia (42 percent).

The poll also found significant generation gaps on several issues. Younger respondents were found to hold significantly more favourable views of the U.S. than their older fellow-citizens in more than half of the countries, particularly in Asia (including China), Latin America, and Africa.