Rio Tinto has committed to an internal review of its heritage management processes in the wake of its destruction of a 46,000-year-old Aboriginal heritage site in Western Australia last month.

After intense pressure from stakeholders and the announcement of a Senate inquiry, Rio Tinto has pledged to complete the review by October and make the findings public.

The board has appointed Michael L’Estrange, an independent non-executive director of Rio Tinto and former Australian high commissioner to the UK, to conduct the review.

The process will focus on Rio Tinto’s internal heritage standards, procedures, reporting and governance, and its relationship with the Puutu Kunti Kurama and Pinikura peoples in Western Australia.

Read more: Rio Tinto just blasted away an ancient Aboriginal site. Here’s why that was allowed

But there are many questions about the inquiry that remain unanswered. For one, there is no indication L’Estrange will step aside from normal board duties to focus on the review, or that an independent investigating body will be created to support the process.

The credibility of the process hinges on a number of other factors, as well. These include the scope of the review, how it will be conducted, what will be disclosed publicly and who will be protected, and how will the company will respond to the review recommendations. 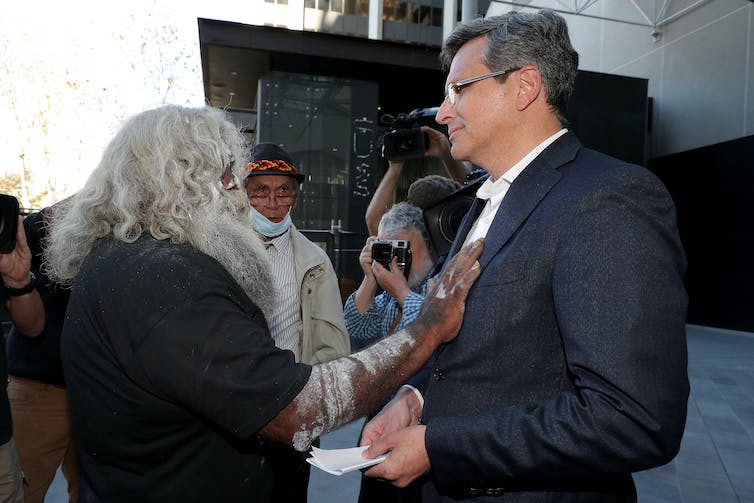 Protester Herbert Bropho talks with Brad Haynes, Rio Tinto’s vice president of corporate relations, after handing over a list of demands outside the Rio Tinto office in Perth. Richard Wainwright/AAP

How other mining companies have conducted public inquiries

This is not the first time a mining giant has been thrust into the public spotlight and effectively forced to commission an independent inquiry on the impact of its operations on local communities.

Our preliminary research indicates public-private inquiries in mining can bring much-needed transparency to the industry’s typically closed approach to investigating contentious issues. They can also bring to light information that would have otherwise been invisible to the public.

The impact and effectiveness of such inquiries, however, relies on transparency over the scope, process and output itself.

The review was commissioned after a series of catastrophes involving “tailings” – a byproduct of mining that comes from crushing ore before mineral extraction. In early 2019, a tailings dam in Brazil collapsed, resulting in the release of 12 million cubic metres of tailings and the deaths of some 270 people.

After that disaster, the International Council on Mining and Metals, representing 27 of the world’s largest mining and metal companies, the United Nations Environment Program and the Principles for Responsible Investment agreed to co-convene the review.

They appointed an independent chair from outside the industry to oversee the process of identifying lessons learned from past failures and developing a new industry standard.

The chair was given a dedicated secretariat to support his mandate and the power to appoint a multi-stakeholder advisory group and panel of disciplinary experts who were familiar with the industry, but did not work for a mining company. The inquiry also allowed for public submissions and consultations.

The process certainly suggests a separation of power between those conducting the review and the mining industry itself. 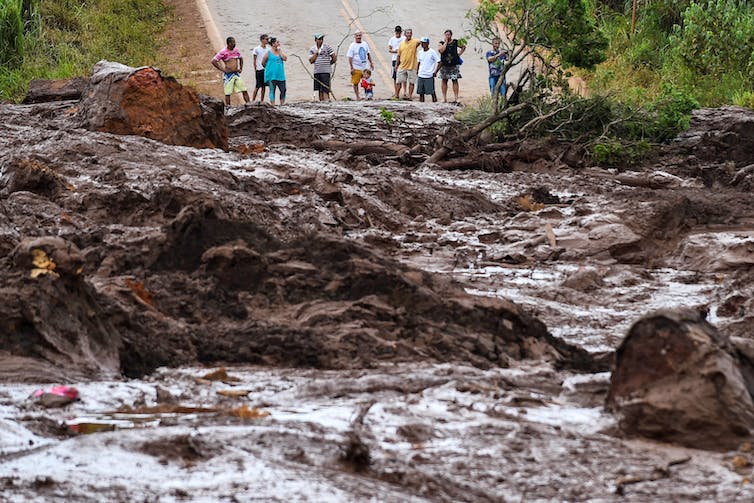 Mud and waste from the disaster caused by dam spill in Brazil in January 2019. Yuri Edmundo/EPA

In 2015, another mining company, Newmont, launched an independent fact-finding mission in Peru following persistent allegations by local and international stakeholders of human rights violations as part of a land dispute with a local family.

Newmont and a US-based non-government organisation, RESOLVE, jointly appointed an independent mission director to head the inquiry, who in turn selected a team to collect evidence. An advisory group was also appointed to observe and provide outside perspectives on the process as it was being conducted.

The review was completed over a 12-month period and details were available for public scrutiny on a dedicated website during the process, including the final report.

In a statement after the report was released, the company explained why transparency and independence were so important.

While some of the findings in the report do not correspond with our view of the dispute, we recognise that in order to move beyond the current stalemate we must be open to understanding all perspectives, not just our own.

These and other inquiries have all emerged rapidly in response to pent-up public pressure for action from mining companies. But there is limited evidence they lead to lasting change.

This is one reason Newmont is now partnering with the University of Queensland, Australian National University and the US-based non-government organisation RESOLVE in a three-year ARC Linkage project to study the impact and effectiveness of public-private inquiries in the mining sector.

What should Rio Tinto do?

Calls for the public release of Rio Tinto’s review findings are important. Equally as important are calls for a sound process that guarantees independence and protects against corporate capture.

Here are our recommendations for what Rio Tinto needs to do to ensure its inquiry is fair and transparent:

If company-commissioned inquiries are to become the norm for investigating contentious issues and incidents in mining, it is essential we ask how they are conducted and to what end.

Read more: Destruction of Juukan Gorge: we need to know the history of artefacts, but it is more important to keep them in place