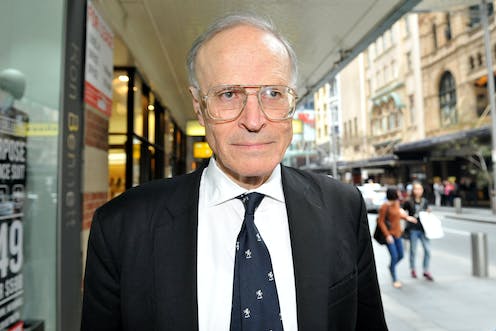 An investigation commissioned by the High Court of Australia has found six former court staff members who were judges’ associates were sexually harassed by former High Court Justice Dyson Heydon.

In a strongly worded statement, Chief Justice Susan Kiefel said that the findings were of extreme concern to her and other members of the court, and they were “ashamed that this could have happened at the High Court of Australia”.

Importantly, Kiefel offered a personal apology to the young women and stated in clear terms that the women had been believed. She further acknowledged the difficulties the women would have had in coming forward:

We have made a sincere apology to the six women whose complaints were borne out. We know it would have been difficult to come forward. Their accounts of their experiences at the time have been believed. I have appreciated the opportunity to talk with a number of the women about their experiences and to apologise to them in person. I have also valued their insights and suggestions for change that they have shared with the Court.

An investigation by the Sydney Morning Herald uncovered further allegations of Heydon’s predatory behaviour, including an allegation from a judge who claims that he indecently assaulted her.

In a statement through his lawyers to the SMH, Heydon denied any allegations of predatory behaviour or breaches of the law. The statement also said

our client says that if any conduct of his has caused offence, that result was inadvertent and unintended, and he apologises for any offence caused.

In response to the inquiry commissioned by the High Court, his lawyers have further emphasised this process was an internal administrative inquiry conducted by a public servant and not by a lawyer, judge or a tribunal member.

Sexual harassment is endemic within law

It reinforces wider and ongoing concerns about the effectiveness of legal responses to sexual harassment. These concerns point to systemic issues within the profession that are significant beyond individual behaviour. This is not to diminish the experiences of the young women complainants. Rather, their experiences speak to the wider consequences of feeling unsafe at work — one complainant left the profession and another abandoned plans of becoming a barrister.

Working in law, particularly in the courts, is a prestigious and hierarchical profession. In fact, the kind of power imbalances that shape working relationships in law create additional hurdles in holding people to account for their actions.

The International Bar Association’s Us Too? Report provided confirmation about the extent to which bullying and sexual harassment are rife in the profession, finding that one in three female respondents and one in 14 male respondents had been sexually harassed in a workplace context.

Closer to home, the Australian Human Rights Commission’s Respect@Work Sexual Harassment Inquiry confirmed that 33% of people who had been in the workforce (not just in law) in the previous five years said they had experienced workplace sexual harassment.

That the chief justice acknowledged the difficulties that victims of sexual harassment have in coming forward is significant. There are all kinds of disincentives in bringing a formal complaint in sexual harassment, and these have been examined in the numerous reports and inquiries interrogating the deficiencies in the current legal framework, and devising strategies for reform. Fear of not being believed. Fear of being branded a troublemaker. Limiting career and employment prospects.

Legally, sexual harassment is an unwelcome sexual advance, unwelcome request for sexual favours, or other unwelcome conduct of sexual nature in the circumstances that the person who was harassed would be offended, humiliated and/or intimidated.

Noting that most people who experience sexual harassment do not report it, the Human Rights Commission in its report identified the need for a new approach. This would be based not on individual victims bearing the onus of bringing a complaint, but on imposing duties on employers to create safe places of work free from sexual harassment.

Read more: Workplace sexual harassment is a public health issue and should be treated as such

Sexual harassment can happen in any workplace. The High Court’s response, including setting out the steps it has taken to create a safer place of work, is a move in the right direction.

Yet, the fact sexual harassment has been able to go largely unchecked for so long, speaks to the need for more widespread change. One important shift is holding employers to account through the imposition of a positive duty, rather than placing the onus on the very individuals who have been subjected to it.