The death penalty is not uncommon in China. Authorities continue to execute thousands of people each year, more than all other nations combined.

However, for Australian Karm Gilespie, convicted for drug-smuggling earlier this month, what is unusual is that his is a “politically sensitive” case and his time spent in detention – between arrest and sentence – has already been a lengthy 6.5 years.

Most legal cases in Chinese courts are relatively uncontroversial. However, in cases considered “political” or “politically sensitive”, the Communist Party has weaponised the legal system and judiciary to wage political warfare against those deemed a threat to the state. Gilespie’s case has certainly triggered party intervention.

the ruling was made by a Chinese court in accordance with the law.

But Gilespie’s appeal, the expected next step, will reveal much about China’s socialist rule of law, which may have ominous implications for Australia and other nations. A message is clearly being sent: we have leverage with cases like this, and we demand compliance.

The term “socialist system of law with Chinese characteristics” was announced by the Communist Party in 2011 as a major milestone in the country’s history.

But what does this mean? The Chinese legal system is based on what the party calls the current “situation and realities” in China, with the law an expression of the will of the party and the people.

These “realities” include a rejection of political reform or any relaxation of party control. There are no multi-party elections, no diversified guiding political principles and no separation of powers. The party rules absolutely, with General Secretary Xi Jinping as its Stalinist helmsman.

Read more: The world has a hard time trusting China. But does it really care?

The “situation” refers to the increasingly fraught and highly contested geopolitical rivalry between China and Western powers. With the US distracted with coronavirus and domestic issues, China has sought to advance its interests across the Indo-Pacific region.

Xi has assumed greater power than anyone since Mao. Under his rule, China has emerged as an assertive power seeking to reshape international legal, financial and trade frameworks to better reflect its own interests.

Domestically, the party has openly declared its supremacy over all key aspects of governmental functions. 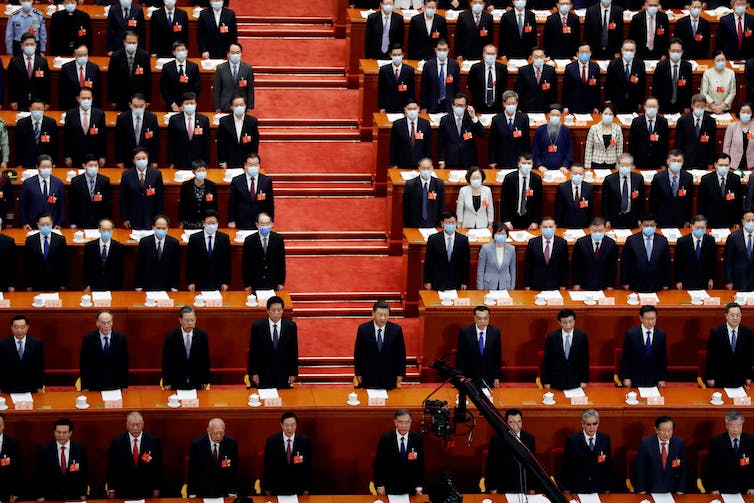 In such an environment, it’s no wonder China’s criminal justice system overwhelmingly favours the state. Most cases turn on confessions by suspects, who often have no access to defence lawyers until long after questioning (if ever). Prosecutors have an extraordinarily high conviction rate of over 99% in criminal cases.

Arrests are often announced after the prosecution has enough evidence to convict. Most criminal trials are administered by a collegial bench made up of one to three judges and three to five assessors selected by the state. Defendants are usually quickly convicted and sentenced.

Criminal defence lawyers must also deal with a powerful state authority that can undermine their work and even threaten their own personal safety.

Since 2007, courts sentencing criminals to death have required the Supreme People’s Court approval. But Communist Party policies carry at least equal weight, if not more, to the country’s laws and statutes, especially in cases of a “politically sensitive” nature.

Gilespie is now entitled to appeal his sentence. However, finding and cross-examining prosecution witnesses and obtaining new evidence to support his defence when so much time has elapsed could prove to be a monumental task, particularly in the current political climate.

Gilespie, it bears repeating, has already been detained for 6.5 years. That, and his treatment in custody, makes his case more akin to being held as a political hostage.

Another case involving a Canadian, Robert Schellenberg, set an uncanny precedent. Schellenberg was detained for 15 months before his first trial in December 2018. Prosecutors argued he tried to smuggle 227 kilograms of methamphetamine from China to Australia, using plastic pellets hidden in rubber tires. Schellenberg denied all charges and claimed he was framed.

Read more: It's time for Canada and China to tone down the rhetoric

He was subsequently convicted of drug smuggling and sentenced to 15 years and a fine.

When Schellenberg appealed the sentence last year, the judges ruled it actually had been “too light” for a drug smuggling case and imposed a death sentence. His lawyer, Zhang Dongshuo, argued against this, as no new evidence had been presented to the court.

This month, two other Canadians, Michael Kovrig and Michael Spavor, were also formally charged with spying after spending 18 months in detention.

Schellenberg’s trial and the detention of the other two Canadians coincided with Canada’s arrest of Huawei executive Meng Wanzhou for extradition to the US. The US wants Meng to stand trial on charges linked to alleged violations of sanctions on Iran.

China’s actions against the Canadians have widely been perceived, including by Prime Minister Justin Trudeau, as retribution for Meng’s arrest. 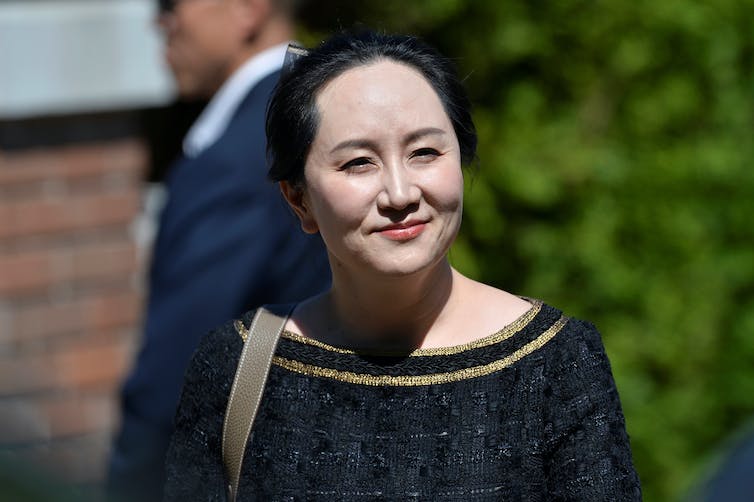 Huawei Chief Financial Officer Meng Wanzhou leaves her home to attend a court hearing in Canada in May. JENNIFER GAUTHIER/Reuters

Using the courts to exert pressure

The party’s use of the court system as an instrument of control involves fear and coercion – tactics to crush dissent. This has been used for years to shut down civil rights lawyers and activists and others, such as pro-democracy protesters in Hong Kong.

Now, this tactic is apparently being used to warn off less powerful nations from challenging any official Chinese narrative. For Canada, it was detaining a Huawei executive; for Australia, it was asking for an independent inquiry into the origins of COVID-19.

Upholding the death sentence of a foreign national would be a particularly vicious way to broadcast the current will of the Communist Party during this politically charged time. Better ways forward can be found.