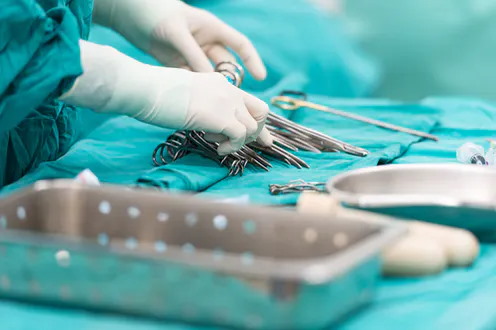 When it comes to suffering a personal injury, especially at the hands of a doctor, the recovery process can be very daunting physically and emotionally. You might feel as though the doctor should pay monetarily as well as not be able to continue practicing.

However, in most instances, doctors don’t lose their medical license, even when they have been found to be negligent. Here is some information to help you understand the process, and when or if a doctor might lose their license due to malpractice.

How a Malpractice Suit Affects a Doctor

Whether the doctor works at a hospital or owns their own practice will play a major part in how much of a financial hit they take after being sued for medical malpractice. In either case, it is the insurance company who foots most, if not all, of the bill while the doctor or hospital will end up paying much higher premiums.

As a result, the doctor might try to increase fees in order to make up for the insurance costs, and this could lead to a decrease in clients. They may also lose clients as a result of the lawsuit itself if the case was not settled out of court or is not under a non-disclosure agreement. Nevertheless, just because a doctor is sued for medical malpractice doesn't mean they will automatically lose their medical license.

When Malpractice Results in License Revocation

In order for a doctor to lose their license as a result of medical malpractice, the negligence must be so egregious that they are considered to be a threat to society.

Of course, it would need to be proven in court that the doctor's behavior was either intentional, or so reckless that it went beyond accidental negligence. There must be sufficient evidence that the injuries sustained by the victim were not what someone would sustain as a result of typical negligent behavior.

Can a Medical Licence Be Reinstated?

Depending on the details of the case, a doctor might be able to have their right to practice medicine reinstated, even if it was revoked as a result of a malpractice suit. Keep in mind, even if a doctor's license is reinstated, they may still be required to be on probation, or may even be limited in the type of services they can provide. The decision to revoke the doctor's license is entirely up to the medical board and is not a direct result of any civil suit.

Medical malpractice is not just something that is limited to having a surgery go bad or being given the wrong medicine. There are many things that can fall under the malpractice umbrella if the negligence caused you some type of injury.

Here are some examples of negligence that could actually be considered medical malpractice:

If you have been injured due to medical negligence, medical malpractice lawyers can help you determine if you have a case and how to move forward. While doctors are not automatically subjected to professional discipline or license revocation because of a malpractice suit, it is a different narrative if the case caused them to have criminal charges.

Although these laws might not have the same penalty in every state, criminal negligence can surely affect the doctor's license. However, in order to prove medical malpractice in the first place, you will need the help of an attorney who is experienced with arguing cases that are specific to yours.