This is the time of year when there is tons of action and events in action sports.
Here’s a look at some recent international action sports events as well as some
other tasty tidbits including some footage of crews from  Nocturnal Skateshop
and Philly Skate Supply killing it at Woodward Camp in Pennsylvania (USA)
and a look at new product, ShredLights.


The Van Doren Invitational in Vancouver, British Columbia, Canada went down July 10-11, 2015.  This international bowlriders contest featured some of the best riders in the world destroying the legendary Hastings Bowl. The Best Trick contest had history made when Dalton Dern made the transfer over the gap from the shallow bowl into the deep bowl--the first skater to do so.

The Van Doren Invitational Skate and BMX Invitational will be held July 27-August 2 in Huntington Beach, California, USA as
part of the Vans U.S. Open of Surfing and the California edition includes a ladies’ bowl contest at the Marseille Skatepark inspired bowl
created by California Rampworks.

The antics and skating at the Copenhagen Open are always over the top and this year’s edition was stacked with contests packed with amazing skating.The prestigious amateur skateboarding comp, Boardr Am Copenhagen, was also part of the festivities. All of the riding was amazing but, Luan Oliveira was completely on, grinding it out into the top three in five events, including winning the Copenhagen Open Street Session at Copenhagen Skatepark. Here’s how things shook out:

The Fourth annual Jackalope Action Sports Festival was held at the Esplanade Sun Life at Olympic Park in Montreal, Quebec, Canada July 17-19, 2015.
Jackalope had contests in Climbing, Wakeskate and Men’s and Women’s World Cup Skateboarding, and a freestyle motocross demo.

FISE ( Festival International des Sports Extreme ) the action sports world tour with a huge presence in Europe and Asia is looking to expand its presence worldwide. FISE has identified destinations to be possible sites for 2016: Edmonton (Canada); Denver (US); Qatar; United Arab Emirates; and Kazan (Russia). Three sites will be selected to stage the 2016-2018 FISE World Series, which will include the first-ever BMX Freestyle UCI World Cup. The new FISE host cities will join Montpellier (France), Chengdu (China), and Langkawi (Malaysia) for a global six-city series, to expand the action sports franchise and promote action sports participation.


Earlier this month, Estonia, home of the inimitable and incredible Simple Session, hosted the Viljandi Bash, an action sports festival with contests in skateboarding, inline, scooter, and BMX Freestyle.


Stop Two for Street League will be in Newark, New Jersey on August 23, 2015 and it airs on FOX Sports 1, Fox Sports Go app,  and also internationally on
Street League’s website. 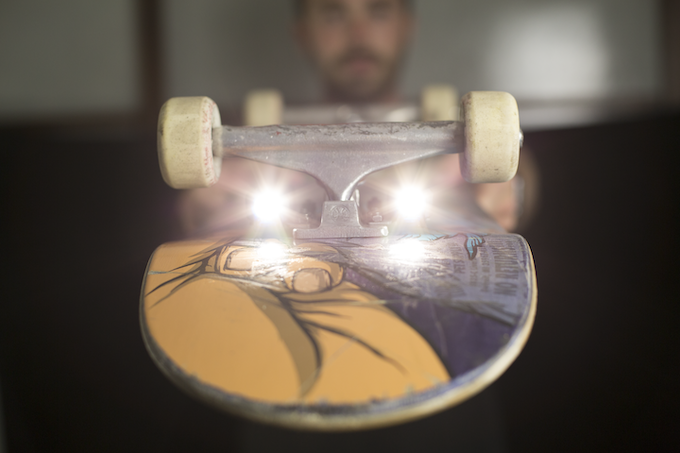 ShredLights are functional headlights for skateboards that are easily installed, used, and removed. By simply attaching 2 brackets to the existing hardware on either side of the truck, you can quickly slide the lights on for use at night and off to charge during the day. Using a split USB cable you can simply plug both ShredLights into a single outlet for a charge.

ShredLights project light more than 10 Feet in front of you allowing cracks, rocks, and other obstacles to be seen at night. Check out their website for info about their product development and how to get ShredLights.

Nocturnal Skate Shop and Philly Skate Shop recently stopped in at Woodward Camp in Pennsylvania,
to shred the features and surfaces of the actions sports paradise, Woodward Camp. Check out this edit they put together.