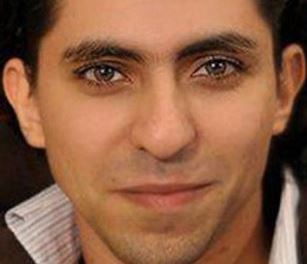 Bonn 15 January 2015. Last May, the Saudi Arabian blogger Raif Badawi was sentenced to ten years in prison, 190,000 Euro fine and 1,000 lashes. The latter should be enforced, spread across 20 Fridays, that is: Every Friday 50 lashes over a period of almost five months. 2008, Badawi founded the website "Free Saudi liberals".

Badawi has been convicted for alleged blasphemy and "insult of Islam". According to Amnesty International , Badawi did nothing wrong "than to have dared to create a public forum for debate". In Spring 2014, Raif Badawi's lawyer was also put in jail. According to Human Rights Watch, Walid Abu Kheir was sentenced to 15 years in prison and a heavy fine. In the Press Freedom Index of "Reporter Without Borders" Saudi Arabia ranked number 164 of the 180 listed countries. Last year, Badawi's wife and the three children left Saudi Arabia for Canada.

The Badawi case is a cruel message to the people of Saudi Arabia. The Wahhabi Salafist dictatorship fears for its existence. There is unrest in the Saudi Kingdom, which takes place behind closed doors. On 5 January, jihadist fighters from Iraq entered Saudi Arabia and killed three border guards. The rebellion in Yemen also represents a major threat to the country. The future of the Saudi dictatorship looks grim. An "Islamic State" without the control over the holy places of Islam doesn't make much sense. The Saudi leadership is ailing and calcified. But real hope for reform is not in sight because the line of succession takes place in camera. A successor can only be a Wahhabi fundamentalist from the house of Saud.

Saudi Arabia is considered one of the closest allies of the US Empire. Saudi Arabia ranks just behind Israel. The first because of its oil and its support for financing Islamist fundamentalism all over the globe, against which the US can wage a never ending war, the latter for its role as a bulwark against Islamic "terrorism". "Islamic terrorism" has one financial root: Saudi Arabia and the other Arab Emirates that US vice president Joe Biden once mention, before he had to apologize for his gaffe.

It hasn't been reported that either the US or other Western countries have called for the release of Raif Badawi. The most sickening hypocrisy represented the participation of the Saudi ambassador in the protest march against the killing of 17 Frenchmen in Paris. At the same time, Badawi received 50 slashes publically. One female protester confronted the ambassador with a sign "Je suis Raif Badawi". However, the participation of the ambassador should not surprise anyone, as long freedom of speech takes place in the West. and since some of the perpetrators of terror marched in the front row. Former French president Nikolas Sarkozy, who together with David Cameron from Great Britain order the attack against Libya, even forged ahead from the third row to the first in order to walk besides Israel's Prime Minister Binyamin Netanyahu, who according to Israeli media was not even invited to the event.

As US President Obama has not participated in the separate protest march of the heads of states in Paris, he should at least publicly call for the release of Raif Badawi.