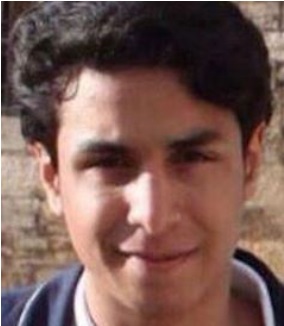 The Wahhabite dictatorship of Saudi Arabia belongs to the most despicable regimes on the face of the earth. The US Empire and its Western allies are bosom buddies with this brutal regime. At any time, the 21-year-old Ali Muhammed al-Nimr could be beheaded and then publically crucified. What "crime" did Ali al-Nimr commit?

Ali Mohammed Al-Nimr was 17-years-old when he participated 2012 in a rally in Qatif, a town in the Eastern Province of Saudi Arabia, which is predominantly Shite. He was arrested and accused of participating in anti-government demonstrations and incitement of others to take part in the rally. Further made-up charges against him were; burglary, attacking security forces and belonging to a terrorist group.
In May, a Sharia court passed its "verdict"; beheading with the following public crucifixion. The court dismissed his appeal. Al-Nimr's father asks King Salman for mercy.  The so-called Islamic State (IS) has exactly adopted the Saudi Arabian model of punishment in order to sentence the "infidels". These terrorists show no mercy, too. Is this pure coincidence?

Ali's uncle, Sheikh Nimr al-Nimr, who was one of the leaders of the protest marches against the Saudi Arabian regime, is also waiting for his execution. Because the Saudi regime can perform this death sentence at any time, a direct intervention of US President Obama and other Western leaders is urgently needed.

So far, Saudi Arabia has not responded to objections of human rights experts from the United Nations and the French Government to abolish the death penalty. They argue that Ali al-Nimr was a minor at the time of his arrest. Some also claim that Saudi Arabia is punishing him as a revenge against his uncle Nimr. The Saudi regime has one of the highest numbers of executions and beheadings in the world. In this respect, the country is in a race against the Islamic State (IS) to square one.

The Saudis want to show such mutilations as a form of extreme deterrence. This perverse and grotesque scene should not remain without consequences by the West. For example, the United Nations should reverse the appointment of Saudi Arabia as head of  a key Human Rights Council penal that selects high ranking officials who shape international human right standards and report on human rights violations worldwide.

With this appointment, the United Nations is making the pyromaniac into the fire chief. What is going to happen to Raif Badawi, another innocent convict?

Dr. Ludwig Watzal works as a journalist and editor in Bonn, Germany. He runs the bilingual blog "between the lines". http://between-the-lines-ludwig-watzal.blogspot.de