Bonn 20 May 2015. Palestinian civil society thinks that calling for "Boycott, Divestment and Sanctions" (BDS) represents a creative breakthrough to shake off the burden of Israel's occupation regime in historic Palestine. Historically, resistance to Zionist intrusion into Palestine can be traced back to the mid-1920s. So far, however, all strategies have failed both before and after the establishment of the State of Israel.

The British colonial Mandate regime subdued the Arab revolt of 1936-1939 and killed its leader Izz ad-Din al-Qassam. In his memory, the Palestinian resistance movement Hamas established in 1991 the "Al-Qassam Brigades" tasked to resist further Israeli land theft and the strangulation of Palestinians. The strategy of "armed struggle" pursued by the Palestine Liberation Organization (PLO), was abandoned after the organisation was expelled from Lebanon in 1982 and scattered to the four winds.

Slowly but surely, the PLO adopted a more realistic approach that led - besides the proclamation of the State of Palestine - to the recognition of the State of Israel in Algiers on 15 November 1988, although Israel's right-wing government under Yitzhak Shamir didn't relish to be recognized by a "terror organization".

The political collapse of the Soviet Union affected the Middle East too and gave the U. S. Empire a free rein in the region reflected dramatically in devastating military operations against Iraqi infrastructure and economic sanctions that left 500,000 children dead.

Yasser Arafat’s fatal mistake in visiting Saddam Hussein at the time and demonstrating solidarity with him, led wealthy Arab countries in the Gulf to stop funding the PLO and kick hundreds of thousands Palestinian workers and professionals out of their countries. Arafat's PLO was verging on bankruptcy.

The Israeli government knew about Arafat's grave situation and reached out to him. It offered him an agreement in Oslo in 1993 that allowed him rub shoulders with the President of the United States but nailed the coffin of Palestinian statehood. He and Israel started so-called negotiations that led nowhere. They called this charade a "peace process", which reached its final impasse under the Netanyahu government.

Palestinian civil society drew consequences from this politically untenable situation and launched a movement calling for "Boycott, Divestment and Sanctions" of products produced in the Palestinian Occupied Territories (POT) by Israeli companies. BDS calls further on Western companies and institutions to divest from businesses working in the POT.

The BDS movement was launched in 2005 with sound goals. The first was "ending the occupation and colonization of all Arab lands and dismantling the Wall." The phrase "all Arab lands" included also the territory of the State of Israel. This was interpreted by Zionist forces as delegitimizing the State of Israel. In 2010, that goal was secretly changed to the following: "Ending its occupation and colonization of all Arab lands occupied in June 1967 and dismantling the Wall." This change took place only in the English, but not in the Arabic version.

BDS and its main protagonists are financially supported by Georges Soros. He supports so-called progressive liberal causes and is considered a philanthropist and a liberal Zionist. But American politics are heavily influenced by other Zionist tycoons such as Sheldon Adelson, who supports Benyamin Netanyahu and the Republican presidential candidates; Haim Saban, who is the largest individual donor to the Democratic Party in the U. S.; and Paul E. Singer, a director at the Republican Jewish Coalition, a large donor to different groups, which promote an extremist line on Iran. All of them are considered loyal supporters of the State of Israel.

Saban, in an interview with Andrew Ross Sorkin in the New York Times of 5 September 2004 (Schlepping to Moguldom), admitted that he is only concerned with Israel. "I'm a one-issue guy and my issue is Israel." At the end of March 2014, Adelson held court for several Republican hopefuls such as Jeb Bush, Chris Christie, Scott Walker and John Kasich in order to test their unconditional support for Israel. In 2012, Adelson invested tons of money in Mitt Romey, President Obama's contender, but to no avail.

The Paul E. Singer Foundation is a “core funder “ of the Philos Project that supposedly promotes “Christian engagement in the Middle East.” Under the disguise of support for Christians in the Middle East, the Philos Project supports an aggressive anti-Iranian policy and therefore falls in line with other warmongering Zionist and neoconservative groups, who push for a U. S. war against Iran. Eli Clifton summarizes on the website "lobelog" the real intentions of the Singer project as follows: "The Philos Project might be a clever example of astroturfing, attempting to portray itself as speaking for persecuted Christians while simultaneously promoting the aggressively pro-Israel agenda of a Jewish billionaire. If that was the intent, Singer and his employees should have been more careful in covering their tracks."1

Returning to the hijacking of the BDS movement by liberal Zionists it seems as if not Zionist tycoons like Soros or their ilk are causing most damage but rather the grassroots "liberal Zionists" who pretend speaking for the Palestinian people. Because Zionism is an exclusivist and racist ideology, there can't be such a thing as "Liberal Zionism". Half pregnant does not work.

The Israeli writer and political activist Yitzhak Loar has exposed the Israeli "liberal Zionists" in his book "The Myth of Liberal Zionism"2 as a myth. Liberal Zionists have been trying to square the circle by claiming that a Jewish state and democratic principles are compatible. They have been arguing that Israel's conundrum began in June 1967, ignoring that Israel's sins were committed in 1948. "Israel was born in sin", as Ilan Pappé used to say.

This "liberal Zionist" attitude secretly seeped into the BDS movement, as manifested by the change of the first principle from ending the occupation of "all Arab lands" into ending the occupation of "all Arab lands occupied in June 1967." By changing the central thrust of the BDS movement, its protagonists were able to secure support by so-called liberal Zionists and thus hijacking this movement for Zionist purposes. It seems, however, that without the support of "liberal Zionists" the Palestinian struggle for freedom can't succeed.

Dr. Ludwig Watzal works as a journalist and editor in Bonn, Germany. He runs the bilingual blog between the lines http://between-the-lines-ludwig-watzal.blogspot.de 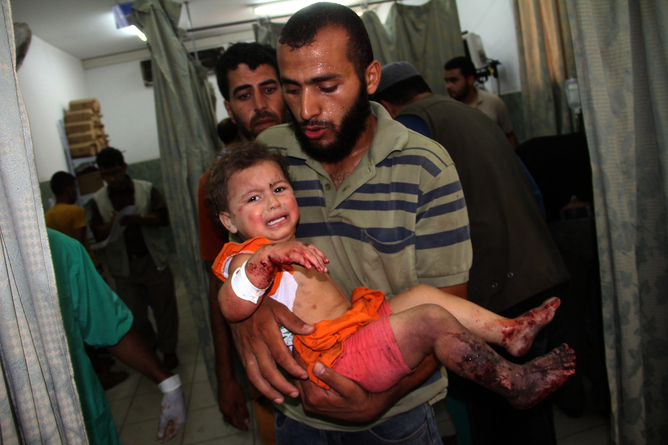