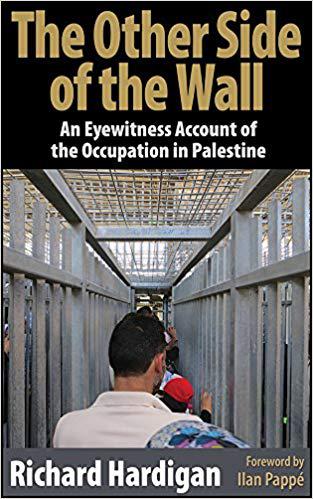 This book is a personal account of a US American professor about his volunteering with the International Solidarity Movement (ISM) against the Israeli occupation in Palestine in the summer of 2014. His eyewitness report tells the story about oppression, subjugation and the daily sufferings and injustices of the Palestinians People under the Israeli occupation regime.

Right from the outset, Richard Hardigan, a University professor from California, sets the record straight: There can't be a balanced or neutral point of view concerning the Israeli/Palestine conflict. When helpless children are beaten up, or a civilian population is crushed by military might, "neutrality is not an option." Quoting Bishop Desmond Tutu said: “if you are neutral in situations of injustice, you have chosen the side of the oppressor. If an elephant has its foot on the tail of a mouse, and you say that you are neutral, the mouse will not appreciate your neutrality.”

Having taught at different universities in Egypt, the author traveled by bus to Israel visiting the occupied territories. What he saw was a shock and made a deep impression on him. He visited Hebron where a few hundred settlers guarded by more than 3 000 heavily armed soldiers make the life over the original inhabitants a living hell. He traveled to Qalqilia, a city surrounded by an Apartheid Wall that destroyed economic growth. He saw the ghetto wall surrounding Bethlehem. He also had to experience waiting in line in the blistering sun crossing Qualandya checkpoint experiencing himself the arrogance and the sense of superiority of young Israeli soldiers that the Palestinians have to endure daily.

This book gives daily accounts, starting on 17 June till 26 July 2014. His visit coincides with the events before the military onslaught on the Gaza Strip where 2 000 people were killed. The author experienced the daily humiliations ant the brutality of the occupation at first hand. His report corrects the illusions way too many have about "beautiful Israel," its intentions, policies, and practices. Despite the rampant injustices and hardship the People of Palestine have to suffer on a daily basis, Hardigan can see no sign of surrender; on the contrary, their resistance and determination to fight for their rights are resilient. The mere existence of the Palestinian People disapproves David Ben-Gurion's saying: The old will die and the young will forget.

The daily reports reveal a depressing and inhumane reality of which the Western readers, especially the American ones, have not the faintest idea. For Hardigan, to end the occupation is to convince Israel's benefactor, the US government. The people in the US have to be informed of what is going on with American help and sufficient financial support. But under the Trump administration, this is a hopeless cause. Hardcore Zionist has hijacked US Middle Eastern policy and to try to blackmail the Palestinian leadership into submission to sign a document of unconditional surrender. Despite their collaboration with the Israeli occupier, not even Mahmud Abbas is willing to sign such a document.

To understand the described unbelievable sufferings of the Palestinians, one can't understand the ignorance of Western societies and their dance attendance on Israeli politicians who come on state visits. Especially Netanyahu and his security establishment have to be shown the red card.

The book is excellently written. It gives a different view then the mainstream media. It should be widely spread. It has to get to the ordinary folks in the US. If Americans knew about the misuse of their Dollars, change might come about in Palestine.