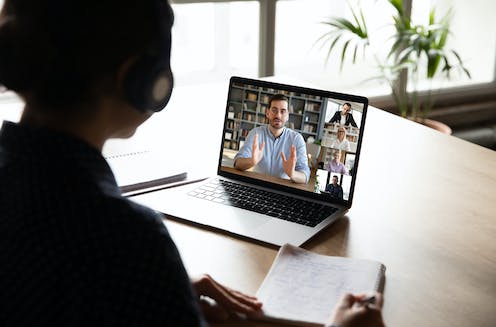 Workers are seeking credentials to get an edge in the job market.Ridofranz/GettyImages

Massive open online classes, or MOOCs, have seen a surge in enrollments since March.

Enrollment at Coursera – an online platform that offers MOOCs, has skyrocketed and was 640% higher from mid-March to mid-April than during the same period last year, growing from 1.6 to 10.3 million. The surge was driven in part by giving free catalog access for 3,800 courses to their university partners. Enrollment at Udemy – another MOOC provider – was up over 400% between February and March. These surges correspond to lock downs across the world as the pandemic started to rage.

As an astronomy professor who teaches and studies MOOCs, I believe there will be a continued shift toward these types of courses as the pandemic forces educators and students alike to rethink the risks associated with in-person instruction. COVID-19 turbocharged my two MOOCs, increasing the number of active users by a factor of ten. Class Central, an aggregator of MOOCs, saw more visitors in April than in the entire previous year.

The “M” is for massive, meaning a huge number of people can be reached. I teach MOOCs on astronomy and astrobiology. The courses are free. Together, these courses have enrolled over 200,000 people from around the world since they began.

The first “O” is for open. All you need is the internet to participate, and many courses are free.

The second “O” is for online, which removes the limits of space and time. You can be anywhere to take a MOOC. And you can go through the material at your own pace.

The “C” is for course: a complete set of video lectures and other material to help you learn a subject. Many people take MOOCs for the pleasure of learning, but badges and certificates are available as well.

MOOCs have been around for a decade. They saw explosive early growth, and The New York Times declared 2012 the “Year of the MOOC.” 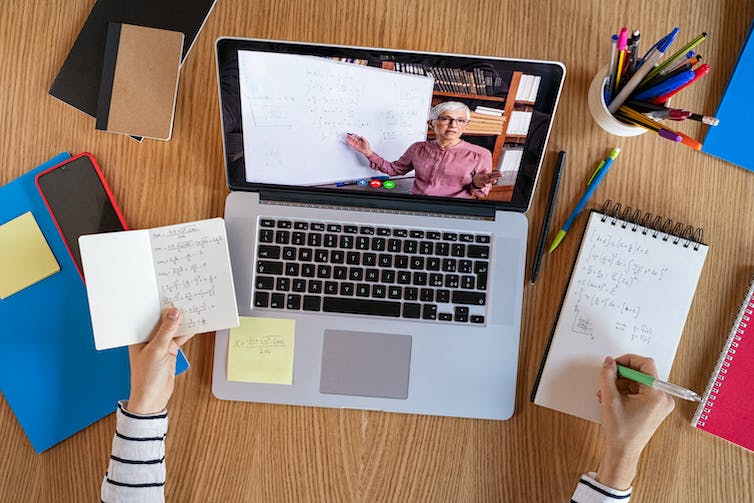 MOOCs allow for students to gain college credit for the courses they take.Ridofranz/GettyImages

When I first started a MOOC in 2013, I intended to boost my online teaching skills.

The education team I lead at the University of Arizona conducts research about MOOCs. We look at what influences whether or not students complete a course and what motivates them to take a MOOC.

The last few years have seen rapid growth in microcredentials, modular learning units that can be combined for a qualification like a master’s degree. Full online degree programs are also booming. A snapshot at the end of 2019 listed 820 microcredentials and 50 MOOC-based degrees. Many MOOCs are free, but for a small fee you can get a completion certificate.

Coursera pays its university and corporate partners 6% to 15% of gross revenues across all the types of courses they offer.

The modern workplace is changing due to disruptive forces like artificial intelligence and automation.

The gap is particularly acute in manufacturing. Traditional college education fails to close the gap. This creates an opening for MOOC providers.

Benefits for learners and employers

Researchers are making models of how MOOCs might be valuable to the people who take them. Learners expect career benefits, like boosting their job performance, helping them start a new business and improving their application for a new job.

Most people pay for MOOCs themselves and take them in their spare time, which is a missed chance for employers to invest in their workforce relatively cheaply.

Some MOOC companies are seizing the opportunity to help people be nimble in a changing job market.

Udacity was present at the birth of MOOCs in 2011, when founder Sebastian Thrun created a private company in northern California as an outgrowth of computer science courses he had taught at Stanford University. In 2018, it nearly ran out of cash. Thrun returned from Stanford in 2018 to rescue the company, and he turned it into a company focusing on courses that delivered marketable skills. Big-name clients now include Amazon and Google, for which it offers courses in programming and data science.

Udacity offers nanodegrees, which are industry-recognized credentials to help students advance their skills. They typically take four months to complete, working 10 hours per week, and only cost US$1,200. Similarly, nonprofit edX offers a micromasters degree for about $1,000. A micromasters is a set of online graduate courses roughly equivalent to one semester of a full-time master’s program. The topics focus on technology, business and management.

Universities once worried that MOOCs would become online competitors to their residential (and very expensive) degree programs. But they appear to have found a niche as a place for lifelong learners and people looking to upgrade their skills or change careers. They’ve taken their place in a dynamic landscape of methods for teaching and learning in the digital age.

Generally, MOOCs attract learners with two types of motivation. Some are motivated by general interest and personal growth. Others are motivated by professional advancement. Who are these new learners? It’s too early to tell in general. However, in research done in my astronomy course, they are young, with more than half under age 20.

Many are full-time students and the largest number are from India. In fact, the above-average surges come from people in developing countries, particularly Asia, while below-average surges are from the U.S. and Europe. The surges are more likely to involve learners who take the course to further their career goals and get a certificate than because they’re curious about astronomy.

The pandemic is refocusing attention on the opportunity for MOOCs to “democratize” higher education, by providing cheap or free access to anyone in the world.

In under a decade, MOOCs have reached 110 million people. The number of people continuing to higher education has grown from 3% of the world’s adult population in 1970 to 10% in 2015.

That still leaves 700 million high school graduates without access to higher education, mostly in developing countries. Education is an important driver of higher earnings for individuals and economic development, and it can help lower income inequality.

With the catalyst of the pandemic, the full potential of MOOCs may be realized.

Chris Impey does not work for, consult, own shares in or receive funding from any company or organization that would benefit from this article, and has disclosed no relevant affiliations beyond their academic appointment.