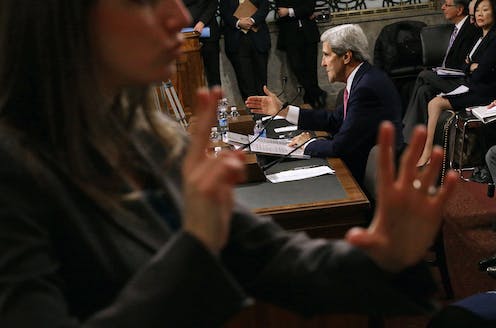 The Americans with Disabilities Act is 30 years old.

For young people who have grown up with the ADA, the results of this landmark legislation are part of everyday life – sometimes in ways they may not even realize.

I was there at the beginning. As a young deaf man in 1990, I attended the Rose Garden ADA signing ceremony. I clearly recall the sun was shining brilliantly and the joy among leaders in the disability community who had long worked to bring about this civil rights legislation.

In the decades since, I have witnessed the ADA’s profound impact as an educator of deaf and hard-of-hearing students for this population and the U.S. as a whole.

Four senators who were major supporters of the ADA in the 1980s had personal connections to the issue. Edward Kennedy of Massachusetts had an intellectually disabled sister. Iowa’s Tom Harkin had a brother who was deaf. Bob Dole of Kansas had been disabled in World War II. Connecticut’s Lowell Weicker had a son with Down syndrome. A seminal moment at the passage of the ADA was Harkin’s address to Congress in sign language – the first time the body had been addressed this way.

The ADA prohibits discrimination against persons with disabilities in employment, state and local government services, businesses that are public accommodations or commercial facilities and in transportation.

In many ways, I feel the most important changes brought about by the legislation relate to making it easier for deaf people to communicate. In his book “A Phone of Our Own: The Deaf Insurrection Against Ma Bell,” historian Harry Lang described the long struggle in the deaf community to gain access to the telephone. The ADA provided a huge leap forward by requiring the establishment of nationwide telecommunications relay services. This system provided telephone access 24/7 to deaf citizens who previously had relied on volunteer services with limited hours. No longer would deaf individuals be excluded from employment opportunities requiring the use of the phone. And it enabled deaf people to participate in the mainstream of the American life by being free to call for pizza or to wish a loved one happy birthday.

Title III of the ADA required that public facilities, such as hospitals, bars, shopping centers and museums – but, importantly, not movie theaters – provide access to verbal information on televisions, films or slide shows.

Stiff opposition from the motion picture and cable industry prevented the ADA from including a requirement for closed captioning in films and on cable television. However, as a concession, Congress did include a requirement for all federally funded public service announcements to be captioned. 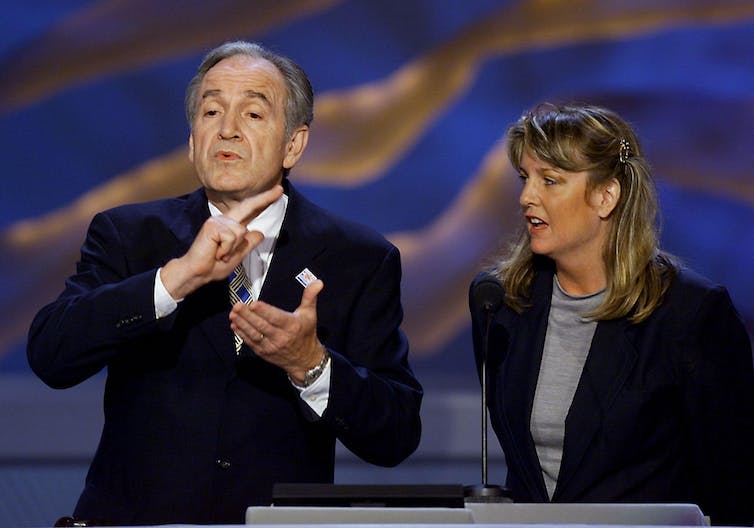 The historian Lang examines the history of access to films and television through captioning. He describes how the ADA was a milestone greatly affecting efforts to make educational and entertainment films accessible to deaf persons.

ADA and Section 504, which guarantees accessibility and accommodations in public schools, provided educational opportunities for many deaf and hard-of-hearing students to attend college. This helped create, as educators and authors Carol Padden and Tom Humphries referred to it, a deaf middle class of community leaders and an ever-increasing number of deaf lawyers, doctors and PhDs.

While great strides have been made, people with disabilities still are twice as likely to be unemployed as those without disabilities. The employment gap between deaf and hearing people in the United States is significant. Only 53.3% of deaf people ages 25-64 were employed in 2017, compared to 75.8% of hearing people an employment gap of 22.5 percent. In round numbers, nearly 10 million Americans are hard of hearing and close to 1 million are functionally deaf.

Deaf college graduates fare much better. The college I lead, Rochester Institute of Technology’s National Technical Institute for the Deaf, puts a high emphasis on building relationships with employers. Historically, 95% of our graduates find employment.

But there are bright spots when one considers progress since passage of the ADA. Recognition of American Sign Language and the importance of ASL interpreters for access has grown tremendously over the past 30 years as deaf and hard-of-hearing citizens have sought greater inclusion in the mainsteam of American society. Captioning is used by more than 60% of students with disabilities, and 50% of those with no reported disabilities. Prior to the current employment crisis, the Bureau of Labor Statistics predicted increased demand for sign language interpreters. Automatic speech recognition apps allow for increased interaction between deaf and hearing colleagues, classmates and friends. These advancements benefit not only the students on my campus, but at other campuses with deaf populations such as Gallaudet University and California State University, Northridge.

The ADA proclaimed accessibility as a civil right. Just as ADA-sanctioned accommodations such as sidewalk ramps originally designed to benefit those with mobility issues was a positive for families with strollers and bicycles, closed captioning designed as a service for deaf and hard-of-hearing individuals now is ubiquitous on televisions, computers and smart phones in hearing households as well.

The deaf community has historically been able to work around challenges and find solutions to communication barriers. This time in our history is no different. Innovative thinkers continually find ways to advocate, modify and make current and emerging technologies work for everyone.

Gerard Buckley does not work for, consult, own shares in or receive funding from any company or organization that would benefit from this article, and has disclosed no relevant affiliations beyond their academic appointment.

Authors: Gerard Buckley, President of the National Technical Institute for the Deaf, Rochester Institute of Technology