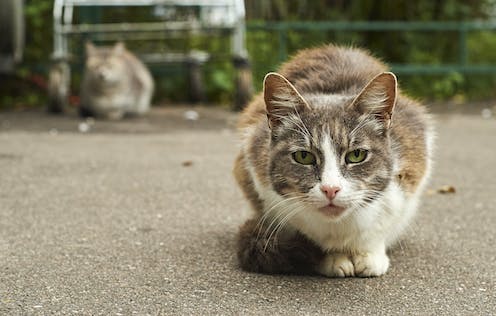 Are cats really to blame for the worldwide loss of biodiversity?Dzurag/iStock via Getty Images Plus

A number of conservationists claim cats are a zombie apocalypse for biodiversity that need to be removed from the outdoors by “any means necessary” – coded language for shooting, trapping and poisoning. Various media outlets have portrayed cats as murderous superpredators. Australia has even declared an official “war” against cats.

Moral panics emerge when people perceive an existential threat to themselves, society or the environment. When in the grip of a moral panic, the ability to think clearly and act responsibly is compromised. While the moral panic over cats arises from valid concerns over threats to native species, it obscures the real driver: humanity’s exploitative treatment of the natural world. Crucially, errors of scientific reasoning also underwrite this false crisis.

The (shaky) case against cats

Conservationists and the media often claim that cats are a main contributor to a mass extinction, a catastrophic loss of species due to human activities, like habitat degradation and the killing of wildlife.

As an interdisciplinary team of scientists and ethicists studying animals in conservation, we examined this claim and found it wanting. It is true that like any other predator, cats can suppress the populations of their prey. Yet the extent of this effect is ecologically complex.

The potential impact of cats differs between urban environments, small islands and remote deserts. When humans denude regions of vegetation, small animals are particularly at risk from cats because they have no shelter in which to hide. 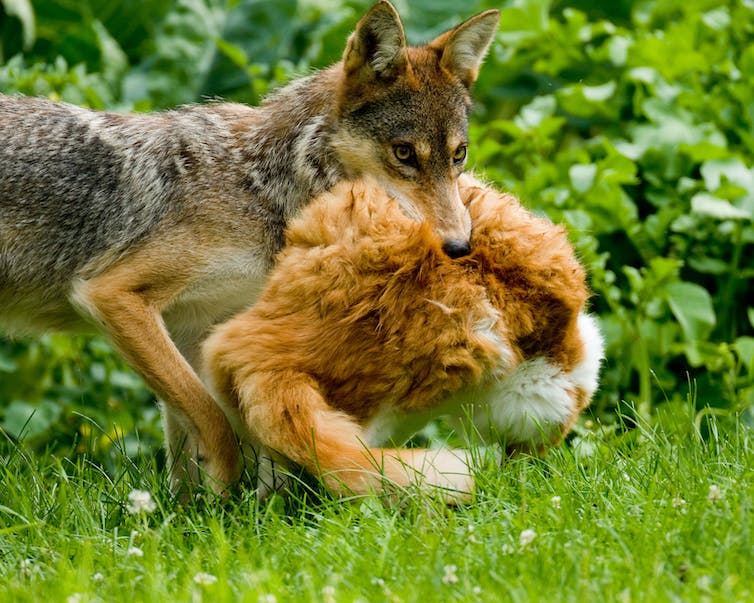 Small animals are similarly vulnerable when humans kill apex predators that normally would suppress cat densities and activity. For instance, in the U.S., cats are a favorite meal for urban coyotes, who moderate feline impact; and in Australia, dingoes hunt wild cats, which relieves pressure on native small animals.

Add in contrary evidence and the case against cats gets even shakier. For instance, in some ecological contexts, cats contribute to the conservation of endangered birds, by preying on rats and mice. There are also documented cases of coexistence between cats and native prey species.

The fact is, cats play different predatory roles in different natural and humanized landscapes. Scientists cannot assume that because cats are a problem for some wildlife in some places, they are a problem in every place.

In our most recent publication in the journal Conservation Biology, we examine an error of reasoning that props up the moral panic over cats.

Scientists do not simply collect data and analyze the results. They also establish a logical argument to explain what they observe. Thus, the reasoning behind a factual claim is equally important to the observations used to make that claim. And it is this reasoning about cats where claims about their threat to global biodiversity founder. In our analysis, we found it happens because many scientists take specific, local studies and overgeneralize those findings to the world at large.

Even when specific studies are good overall, projecting the combined “results” onto the world at large can cause unscientific overgeneralizations, particularly when ecological context is ignored. It is akin to pulling a quote out of context and then assuming you understand its meaning.

So how might citizens and scientists chart a way forward to a more nuanced understanding of cat ecology and conservation?

First, those examining this issue on all sides can acknowledge that both the well-being of cats and the survival of threatened species are legitimate concerns.

Second, cats, like any other predator, affect their ecological communities. Whether that impact is good or bad is a complex value judgment, not a scientific fact.

Third, there is a need for a more rigorous approach to the study of cats. Such an approach must be mindful of the importance of ecological context and avoid the pitfalls of faulty reasoning. It also means resisting the siren call of a silver (lethal) bullet. 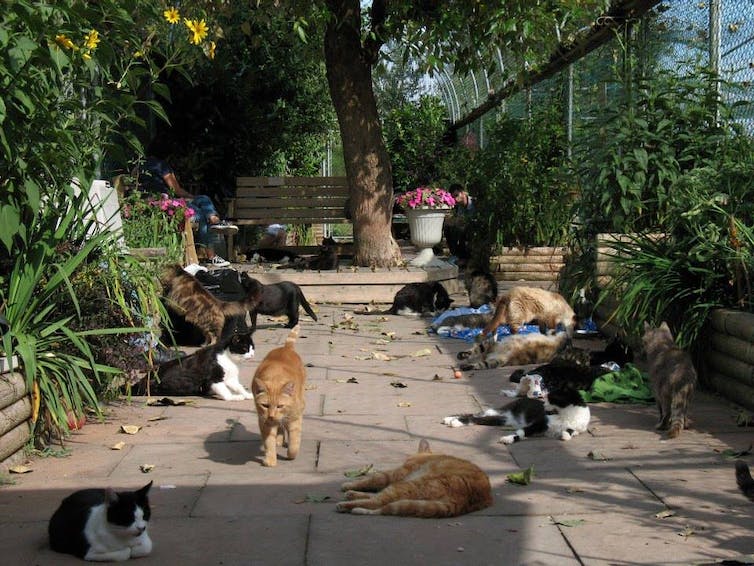 A lazy day at a cat sanctuary in Richmond, British Columbia, Canada.Canadianknowledgelover/Wikimedia, CC BY

There is no one-size-fits-all solution. Yet there are many options to consider. Protecting apex predators and their habitat is fundamental to enabling threatened species to coexist with cats. In some cases, people may choose to segregate domestic cats from vulnerable wildlife: for instance, with catios where cats can enjoy the outdoors while being kept apart from wildlife. In other cases, unhomed cats may be managed with trap-neuter-return programs and sanctuaries.

Finally, contrary to the framing of some scientists and journalists, the dispute over cats is not primarily about the science. Rather, it evokes an ongoing debate over the ethics that ought to guide humanity’s relationship with other animals and nature.

This is the root of the moral panic over cats: the struggle to move beyond treating other beings with domination and control, toward fostering a relationship rooted in compassion and justice.

Joann Lindenmayer, DVM, MPH is an associate professor in the Department of Public Health and Community Medicine at Tufts University and contributed to this article.

Arian Wallach receives funding from the Australian Research Council for research on cats, and from Alley Cat Allies for a workshop on cats in 2017.

Francisco J. Santiago-Ávila and William S. Lynn do not work for, consult, own shares in or receive funding from any company or organization that would benefit from this article, and have disclosed no relevant affiliations beyond their academic appointment.