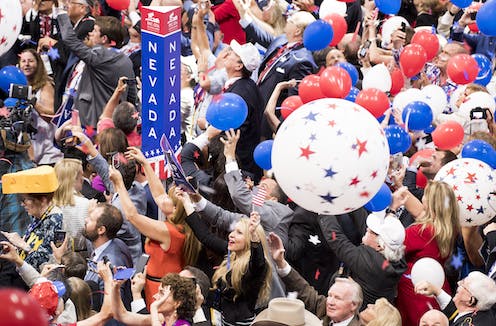 In August the Democratic and Republican national conventions will take on new, uncharted formats. Due to COVID-19 concerns, gone are the mass gatherings in large convention halls, replaced with a switch to mostly online formats.

This is just the latest modification in presidential nominating conventions since they were first introduced in the 1830s.

Initially, conventions were insulated meetings of representatives from the state parties, with convention delegates on their own determining which candidate became the party’s presidential nominee.

By the early 20th century, convention participants began to receive information about public preferences from commercial public opinion polls and a small number of presidential primaries, which constrained conventions in their choice of presidential nominees.

Today’s national conventions ratify a candidate already chosen by the voters in primaries and caucuses. 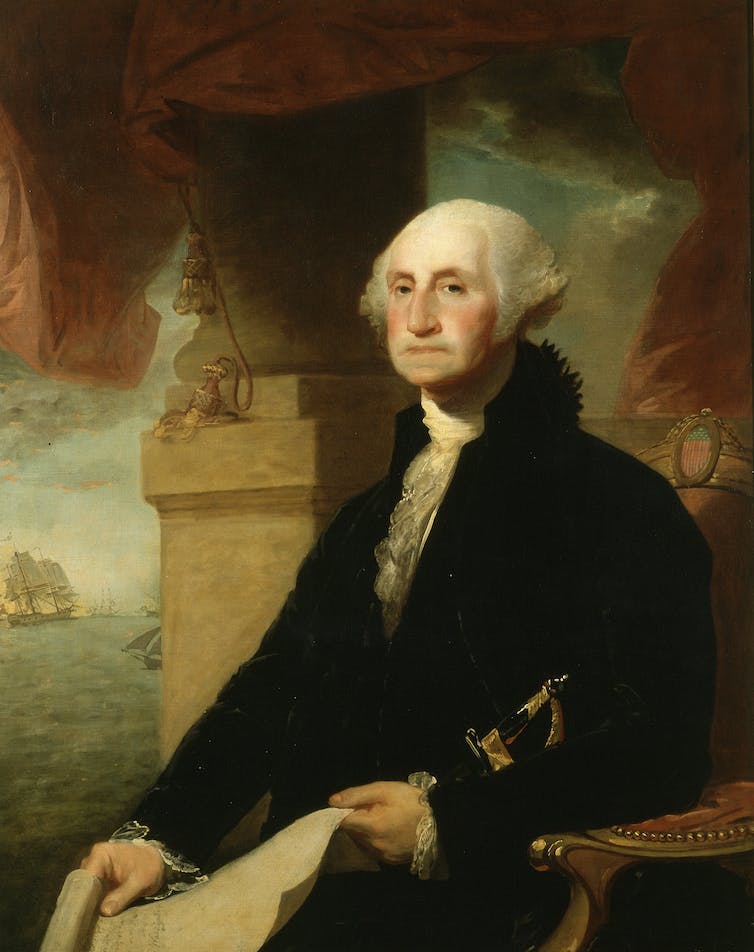 George Washington needed no formal nomination, as he was the overwhelming choice for president among those who would make up the Electoral College.

Subsequent early presidential candidates were nominated by their party’s members in Congress. But if a state did not have a representative from a particular party in Congress, it had no say in the party’s presidential nomination.

In the 1830s, political parties switched to national conventions, which were meetings of representatives from the state parties. Each state was allotted delegates proportional to its Electoral College vote, and early conventions consisted of just a few hundred delegates. These delegates sought to find a popular candidate to head the party’s general election ticket, but had little information on who this candidate might be.

Candidates’ names were placed into contention by being nominated, and seconded, by a convention delegate. The winning candidate was determined by a series of roll-call votes of state delegations that continued until one candidate won the required number of delegates.

Candidates did not attend the conventions; the norm of the day was that politicians were not to openly campaign for the presidency. Instead, managers of the various candidates bargained with state party leaders to accumulate the required number of delegates.

If one candidate began gaining strength in the rounds of voting, that candidate experienced a bandwagon of new support as other delegates wanted to be on the winning side.

Party platforms, encompassing the party’s positions on issues, were introduced in the 1840s. 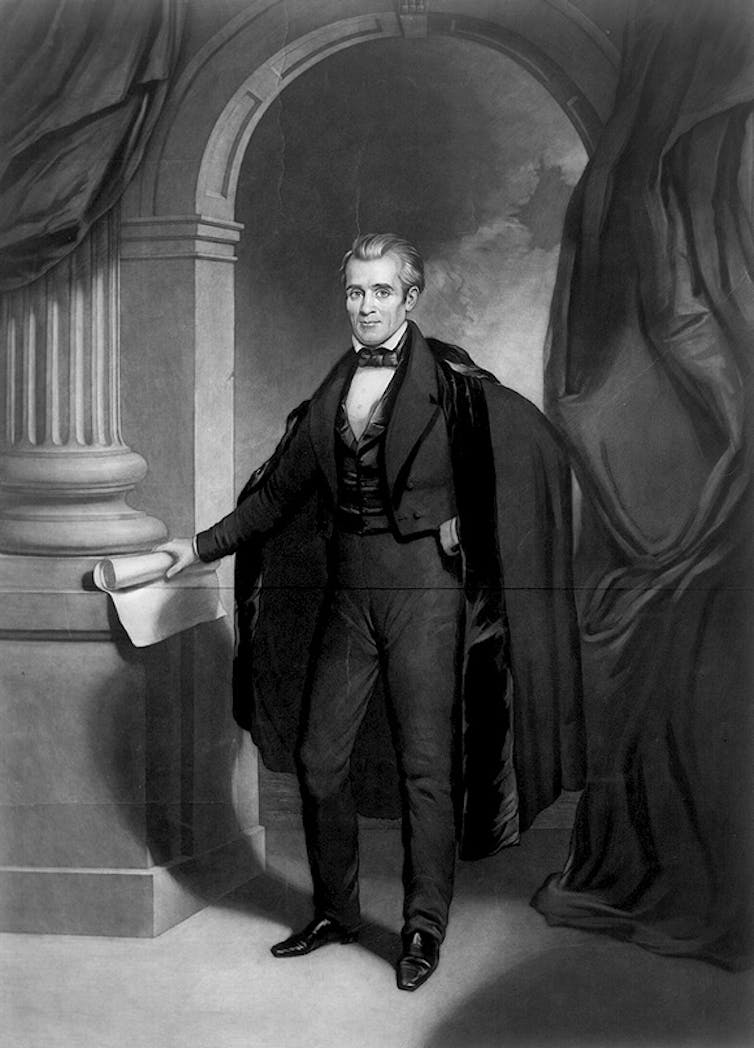 James Polk became the Democratic nominee in 1844 as the first dark-horse candidate.Library of Congress

How Lincoln won the nomination

At the 1860 Republican convention, a half-dozen potential candidates split the initial vote, although New York Senator William H. Stewart was considered the front-runner.

Candidate Abraham Lincoln’s strategy was to prevent Stewart’s nomination on the first ballot. Lincoln’s campaign managers would consolidate anti-Stewart delegates behind him in subsequent rounds. Lincoln’s managers won over some delegates by arguing that Lincoln was the most electable candidate, who could draw votes from farmers and businessmen as well as abolitionists.

While Lincoln requested that his managers not make any deals, they did promise a Cabinet position to powerful Pennsylvania Senator Simon Cameron to gain support from that state’s delegation. Lincoln’s managers also packed the public audience in Chicago with his supporters, a task made easier by the use of counterfeit public tickets.

Lincoln won the nomination on the third round of voting.

Public gets a voice

In the 20th century, information about public preferences became available, which would help delegates to determine who would be their party’s most popular presidential candidate.

Early in the century, a handful of states adopted presidential primaries to select delegates, though most states continued to use traditional methods such as appointment by state or local party leaders or selection at local caucuses. Thus, the vast majority of 20th century convention delegates remained representatives of their state parties, not supporters of specific candidates.

But the majority of Republican convention delegates were party regulars who supported the current president William Taft instead. In addition, by this time a new norm had taken hold, to renominate sitting presidents.

Roosevelt lost the Republican nomination, founded the Progressive Party in protest, was nominated by that party and split the Republican vote in the fall general election, allowing Democrat Woodrow Wilson to win. 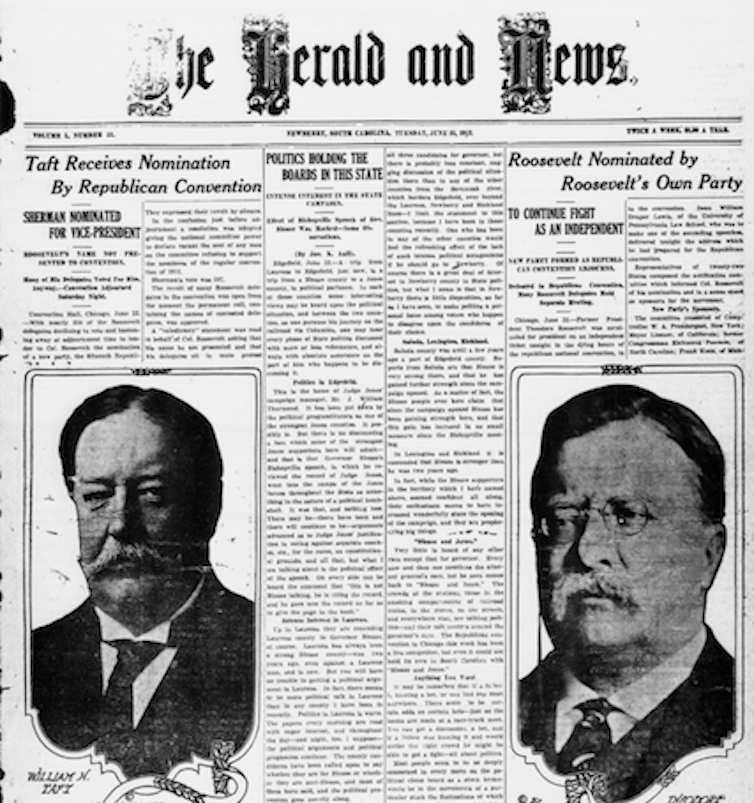 In 1912, as this newspaper reports, the Republicans split over two presidential candidates.University of South Carolina via Library of Congress

Demise and comeback of primaries

With the divisive results from the 1912 Republican convention and the waning of the Progressive Movement, which championed state adoption of primary laws, presidential primaries went out of favor.

The public, however, still influenced presidential nominations as newly reliable public opinion polls measured support for potential nominees. In the mid-20th century, the candidate at the top of the national polls almost always was nominated by the national conventions.

Other changes came to 20th-century conventions. Franklin Roosevelt was the first presidential nominee to attend a convention when he gave an acceptance speech in 1932, broadcast nationally by radio.

Running in presidential primaries was a risky strategy: A candidate who lost in a primary could see their presidential bid end, but even someone who won every single primary would not earn enough delegates to secure the nomination.

The goal of candidates entering the primaries was to convince party leaders of the candidate’s vote-winning abilities. John F. Kennedy in 1960 used primary victories to convince Democratic convention delegates that he would be the most popular candidate.

Hubert Humphrey, in 1968, became the last candidate nominated for president without running in any of the presidential primaries. 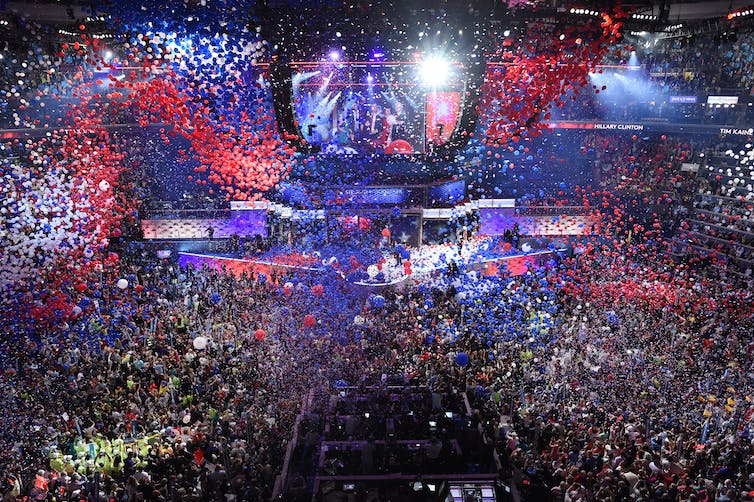 It’s the party: The Democratic Convention celebrates after Hillary Clinton accepted the presidential nomination on July 28, 2016 in Philadelphia, Pennsylvania.Saul Loeb/AFP via Getty Images

All over but the shouting

Today’s conventions are ratifying rather than nominating conventions. Their main contribution is to bring the party together in support of their nominee.

While in the past, convention delegates chiefly represented their state’s party, today’s delegates are bound to support specific candidates based on the outcomes of the presidential primaries and caucuses.

By accumulating these bound delegates, a party’s presumptive nominee becomes apparent by mid- to late spring. That’s when one candidate takes a commanding lead in the delegate totals and the other candidates withdraw from the race. Even in the unusually long Democratic contests of 2008 and 2016, by the time of the last primaries in June, one candidate had already secured the support of 50% of delegates.

In addition, modern conventions sign on to a party platform written before the convention and which has been strongly influenced by the nominee’s positions.

Once begun as places to make deals and deliberate on possible candidates and positions, today’s conventions are public relations events, stressing the character, issues and strong party support for the party’s presidential ticket.

Barbara Norrander does not work for, consult, own shares in or receive funding from any company or organisation that would benefit from this article, and has disclosed no relevant affiliations beyond their academic appointment.