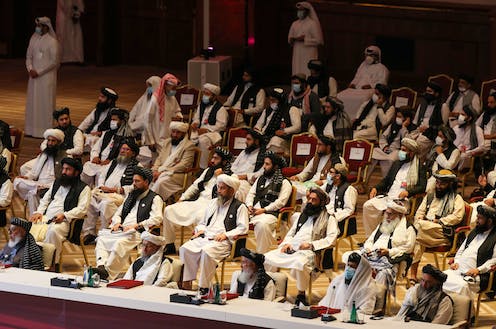 Members of the Taliban delegation attend the opening session of the peace talks with the Afghan government, Doha, Qatar, Sept. 12, 2020.Karim Jaafar/AFP via Getty Images

That deal will end America’s deadly and costly 19-year war in Afghanistan. But it did not resolve the Taliban’s organized military campaign to unseat the Afghan government and rule the country under strict Islamic law. In Doha, the two sides are expected to debate a comprehensive ceasefire and discuss what the Taliban’s role in governing Afghanistan should be, among other topics.

Talks were supposed to begin in March. But the Taliban’s continued attacks on Afghan forces made that impossible. After a brief ceasefire and the release of 5,000 Taliban detainees from Afghan prisons, talks were rescheduled for Aug. 17. Then the Afghan government refused to release its last 320 Taliban prisoners unless the Taliban released more Afghan soldiers from its prisons, leading to another delay.

The commencement on Sept. 12 of the “intra-Afghan” talks represents a significant step forward in the effort to end decades of war in Afghanistan, but peace is far from guaranteed.

I’ve been tracking the progress of the U.S.-Taliban accord in my capacity as director of the Center for Afghanistan Studies at the University of Nebraska, Omaha. My analysis finds that implementation of the Trump administration’s agreement has been halting.

Even on the first day of talks, conflict in Afghanistan killed and wounded more than 100 people. 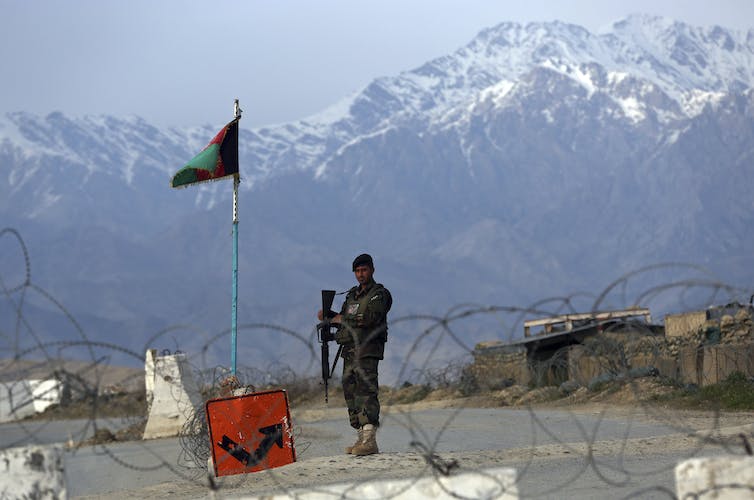 What’s in the US-Taliban accord?

The four-part agreement between the U.S. and the Taliban committed the U.S. to withdrawing most of its soldiers from Afghanistan, which it is doing. In exchange, the Taliban provided assurances that Afghanistan would no longer be used as a base from which to wage attacks against the U.S. and its allies. It also agreed to engage with the Afghan government.

But the promises made by the Taliban to meet those goals were vague and very difficult to verify.

Based on publicly available information, I find the Taliban has met only two of the seven conditions stipulated in its peace accord with the U.S.: releasing 1,000 Afghan prisoners and entering talks with the Afghan government.

The remaining five conditions in the U.S.-Taliban deal essentially demand, in various ways, that the Taliban sever all ties with militant organizations, especially al-Qaida. Al-Qaida has long provided funds for the Taliban’s insurgency in Afghanistan. In September 2001, just before the 9/11 attacks, it helped the Taliban assassinate a strong Afghan resistance leader, Commander Ahmad Shah Massoud. 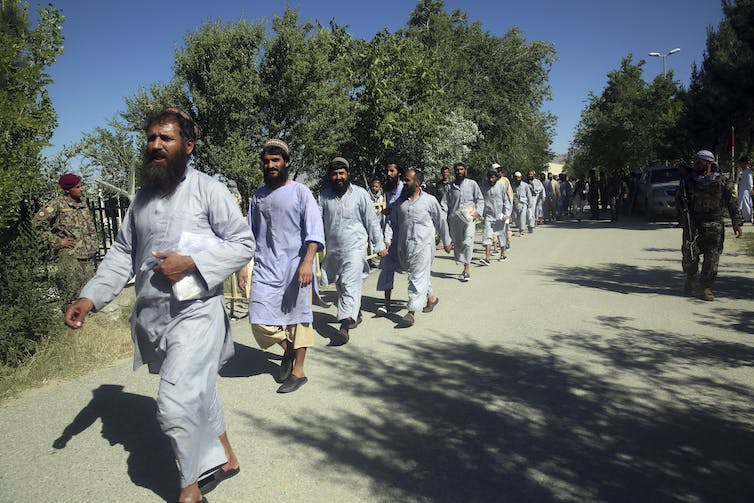 Taliban prisoners are released from Afghanistan’s Bagram Prison, May 26, 2020, in preparation for talks with the Islamic insurgent group.AP Photo/ Rahmat Gul

On the first day of the intra-Afghan talks, Taliban deputy leader Mullah Beradar Akhund claimed in his opening remarks that the group had met the conditions of the U.S.-Taliban deal.

But international and domestic observers of the Afghan peace process have been unable to confirm that the Taliban has severed its relationship with al-Qaida. In fact, according to a May 2020 United Nations report, the Taliban met with al-Qaida repeatedly in 2019 and early 2020 to coordinate “operational planning, training and the provision by the Taliban of safe havens for al-Qaida members inside Afghanistan.”

Since the U.S.-Taliban accord, violence levels in Afghanistan have actually increased. Some Taliban fighters have insisted they will continue their jihad “until an Islamic system is established,” leading to concerns that the organization is not actually committed to peace.

Peace deals generally have enforcement mechanisms that hold each side accountable for their pledges. That is not the case with the U.S.-Taliban deal. It contains no provisions for what will happen if the Taliban breaks their promises, beyond the U.S. pausing its troop withdrawal. The Qataris, who are hosting the Afghanistan peace talks, have no official power to pressure parties into compliance.

Mutual distrust means the peace process could collapse. The Taliban does not accept Afghanistan’s internationally recognized government as legitimate, though it has stood for three elections since taking power after the Taliban’s regime was toppled by the 2001 U.S. invasion.

That’s why the Afghan government was not a party to the U.S.-Taliban agreement. Instead, the February 2020 deal merely committed the Taliban to direct negotiations with the Afghans. 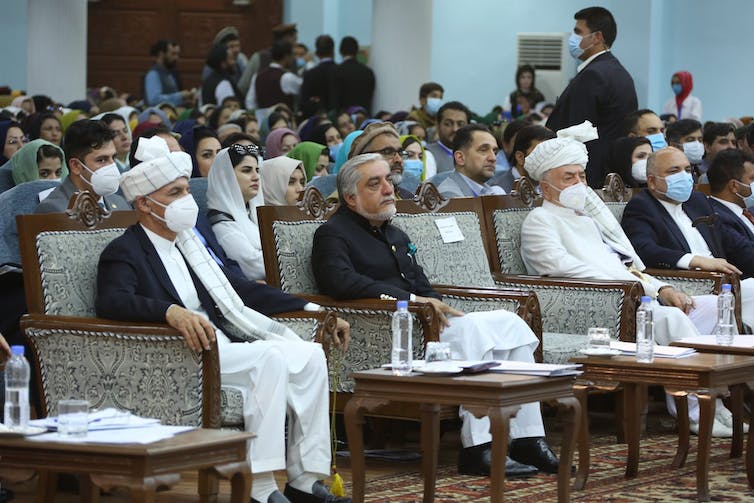 Some U.S. government officials and former diplomats sharply criticized the concession to exclude Afghanistan’s government from talks with the U.S. and the Taliban about the future of the country.

“This deal is a surrender,” wrote the longtime U.S. diplomat and ambassador to Afghanistan under President Obama, Ryan Crocker, in The Washington Post.

Polling shows the Afghan people were willing to make some compromises for peace. But many question whether the Taliban can be held accountable for what they’ve promised. They also fear losing the meaningful achievements that came out of international engagement in Afghanistan, such as women’s empowerment, increased freedom of speech and a more vibrant press.

Those rights – hard-won with American and Afghan blood – will be among the issues negotiated in the Taliban-Afghan talks. Since 2001, 2,219 U.S. troops and exponentially more Afghan civilians and soldiers lost their lives battling the Taliban. For Afghans, the fight continues to this day.

The stakes of Afghanistan’s peace talks are extremely high. Failure, said President Ashraf Ghani last month, is “not an option.”

This story is an updated version of an article originally published Aug. 26, 2020.

Sher Jan Ahmadzai worked in the Afghan government from 2002 to 2007 in different capacities. His last position was as scheduling manager for then-President Hamid Karzai.