Editor’s note: Daniel Bliss is a professor of electrical engineering at Arizona State University and the director of the Center for Wireless Information Systems and Computational Architecture. In this interview, he explains the ideas behind the original cellular networks and how they evolved over the years into today’s 5G (fifth generation) and even 6G (sixth generation) networks.

How did wireless phones work before cellular technology?

The idea of wireless communications is quite old. Famously, the Marconi system could talk all the way across the Atlantic Ocean. It would have one system, which was the size of a building, talking to another system, which was the size of a building. But in essence, it just made a radio link between the two. Eventually people realized that’s a really useful capability. So they put up a radio system, say at a high point in the city, and then everybody – well, those few who had the right kind of radio system – talked to that high point. So if you like, there was only one cell – it wasn’t cellular in any sense. But because the amount of data you can send over time is a function of how far away you are, you want to get these things closer together. And so that’s the the invention of the cellular system. 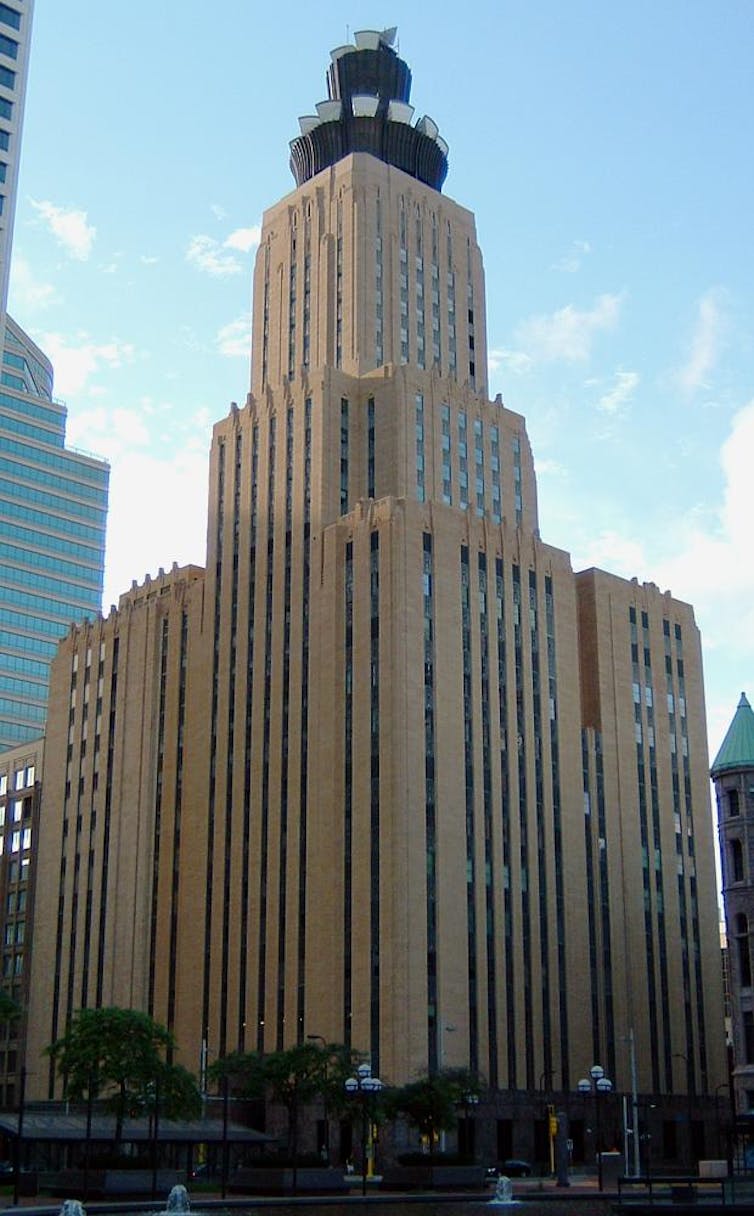 The CenturyLink building in Minneapolis has a microwave antenna on the top which was used in early wireless phone networks.Mulad via Wikimedia Commons, CC BY-SA

How are cellular systems different?

The farther your phone and the base station are from each other, the harder it is to send a signal across. If you just have one base station and you’re too far away from it, it just doesn’t work. So you want to have many base stations and talk to the one that’s closest to you.

If you draw a boundary between those base stations and look down on it on a map, you see these different little cell towers which your phone is supposed to talk to. That’s where the technology gets its name. The amazing thing that happened during the development of cellular systems is that it automatically switched which base station the phone talks to as its location changed, such as while driving. It’s really remarkable that this system works as well as it does, because it’s pretty complicated and you don’t even notice.

Cellular technology gets its name from the diagrams of the networks which are divided into cells. This diagram shows cellular phone towers at corners of each haxagon cell.Greensburger via Wikimedia Commons

What are the major improvements to cellular networks that have enabled faster data rates?

If you go back to the first-generation cellular systems, those were primarily analog systems. It was just a way of converting your voice to an analog signal.

The second-generation systems focused on taking your voice, digitizing it and then sending it as a data link to improve stability and security. As an accident, it could also send data across. People found that it’s really useful to send a photo or send some other information as well. So they started using the same link to send data, but then complained that it’s not fast enough.

Subsequent generations of cellular networks allocated increasingly wider bandwidths using different techniques and were powered by a denser network of base stations. We tend to notice the big tall towers. But if you start looking around, particularly in a city, you’ll notice these boxes sitting on the sides of buildings all over the place. They are actually cellular base stations that are much lower down. They’re intended to reach people within just a kilometer or a half-kilometer.

The easiest way to achieve much higher data rates is for your phone to be close to a signal source. The other way is to have antenna systems that are pointing radio waves at your phone, which is one of the things that’s happening in 5G.

5G networks are still being rolled out around the country, but work on 6G technologies is already underway. What can we expect from that?

We don’t really know which technologies that are being developed right now will be used in 6G networks, but I can talk about what I think what’s going to happen.

6G networks will allow a much broader set of user types. What do I mean by that? Cellular systems, from the very start, were designed for humans to communicate. So it had certain constraints on what you needed. But now, humans are now a minority of users, because we have so many machines talking to each other too, such as smart appliances, for example. These machines have varying needs. Some want to send lots of data, and some need to send almost no data and maybe send nothing for months at a time. So 6G technologies need to work well for humans as well as a broad range of devices.

Another piece of this is that we often think about communication systems as being the only users of the radio frequency spectrum, but it’s very much not true. Radars use spectrum too, and pretty soon you won’t be able to buy a car that doesn’t have a suite of radars on it for safety or autonomous driving. There’s also position navigation and timing, which are necessary for, say, cars to know the distance between each other. So with 6G, you’ll have these multi-function systems.

We can also expect a refinement of the technologies currently used in 5G – such as improving the pointing of the antenna to your phone, as I mentioned earlier.