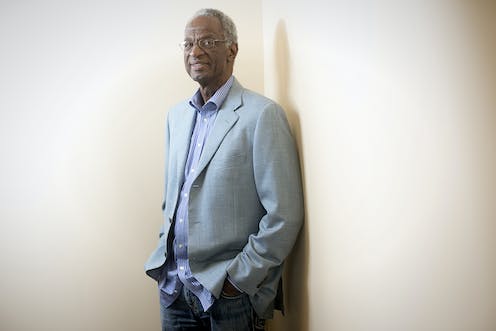 As a longtime civil rights activist and education reformer, Howard Fuller has seen his support for school choice spark both controversy and confusion. That’s because it aligns him with polarizing Republican figures that include Donald Trump and Trump’s former secretary of education, Betsy DeVos.

But unlike those figures, Fuller’s support for school choice is not rooted in a conservative agenda to privatize public schools. Rather, it is grounded in his ongoing quest to provide Black students a quality education by any means necessary.

I write about Fuller in my new book “The Choice We Face,” which traces the history of school choice as well as demands for radical education reform by Black activists. Unlike most other school choice advocates I interviewed, Fuller’s activism predates the current debate and has firm footing in the Black Power movement.

Now 80, Fuller retired in June 2020 from Marquette University, where he was a longtime education professor and founded the Institute for the Transformation of Learning to improve education options for low-income students in Milwaukee. During the 1990s he served as superintendent of Milwaukee Public Schools.

Here are five aspects from Fuller’s career that suggest a nuanced lens into the school choice movement.

Fuller first became involved in the civil rights movement when he joined the Congress of Racial Equality in 1964 as a graduate student at Case Western Reserve University in Cleveland, Ohio.

In Cleveland, Malcolm X delivered a version of the “Ballot or the Bullet” speech in April 1964. Days later, Rev. Bruce Klunder, a 27-year-old white Presbyterian minister, was accidentally crushed to death by a bulldozer as he and several other activists protested the construction of a new, all-Black school. The school was the city’s attempt to avoid desegregation.

Fuller later helped establish and lead Malcolm X Liberation University in Raleigh, North Carolina. The independent Black-run school, which operated from 1969 to 1973, offered a unique African and African American studies curriculum as well as technical training for students to work as activists in the freedom struggle.

Controlling and safeguarding a school for one’s own community became a defining principle of the Black Power movement. For Fuller and others, education was liberation for Black communities. As Fuller described it, the mission of the university was to educate students “totally committed to the liberation of all African people.”

2. Proposed an all-Black school district in the 1980s

In 1978, Fuller was embroiled in a struggle in Milwaukee to save his alma mater, North Division High School, from closing. That year, Derrick Bell, who is regarded as the “godfather” of critical race theory, delivered an address in Milwaukee titled “Desegregation: A New Form of Discrimination.”

In his speech, Bell criticized education reforms that were more concerned with balancing racial demographics in schools than with improving Black education. He argued that building programs that did not always accept local Black students but made space for white students who lived outside the neighborhood hurt Black students. Much like Fuller’s North Division High School, Black students were not guaranteed admission to the school closest to their home if those schools were designed to attract white students. 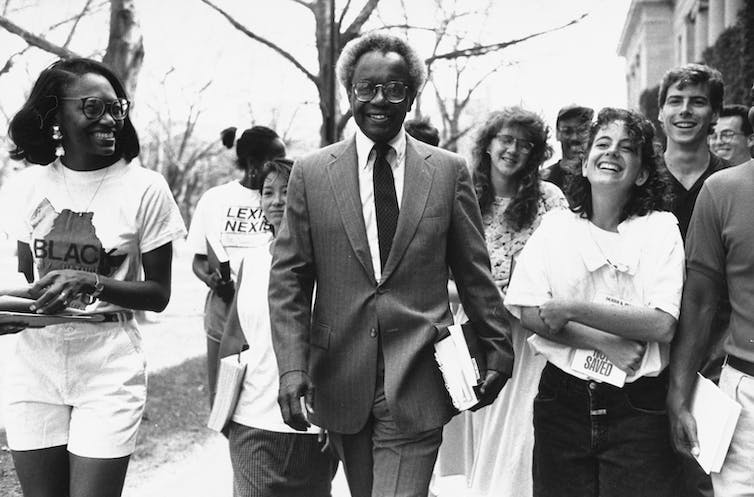 Several years later, Howard Fuller drafted the “Manifesto for New Directions in the Education of Black Children.” The treatise proposed carving out an all-Black school district within the Milwaukee public school district to serve over 6,000 students. The district was to be controlled by and geared toward families of color. The plan was a response to a call made in 1935 by W.E.B. DuBois, who argued that Black educators and activists should invest more in building Black schools than integrating hostile white schools.

Fuller’s proposal for an all-Black school district gained traction, but Wisconsin legislators opted instead for a voucher plan in 1989 – the Milwaukee Parental Choice Program. The program covered the tuition of students who wanted to enroll in private schools.

The Republican Party seized on the new voucher plan and pushed it through the state legislature. Ever since the Brown v. Board of Education decision in 1954, when the Supreme Court declared school segregation unconstitutional, the Republican Party has increasingly aligned itself with school privatization efforts through vouchers and “freedom of choice” plans.

Fuller also supported the Milwaukee voucher plan, as did some other Black activists, despite criticism from academics and organizations, including the NAACP.

“If you’re drowning and a hand is extended to you, you don’t ask if the hand is attached to a Democrat or a Republican,” noted Wisconsin State Rep. Annette “Polly” Williams, a Black Democrat who worked with Fuller to propose the legislation for a separate school district and also supported school vouchers.

Howard Fuller helped build the foundation for civil rights activists who are interested in school choice. As he told me during our interview in 2019, “I’ve always seen school choice from a social justice framework as opposed to a free market framework.”

Many activists saw it the same way.

Meanwhile, education activist Geoffrey Canada was awarded the National Freedom Award in 2013 for his charter school network, the Harlem Children’s Zone. And in 2016, Martin Luther King III led one of the largest school choice rallies in the nation. “This is about freedom,” King told the crowd gathered in Florida, “the freedom to choose for your family and your child.”

Support for choice is not limited to a small cadre of activists. A 2019 poll by the American Federation for Children estimated that 73% of Latinos and 67% of African Americans support school choice. 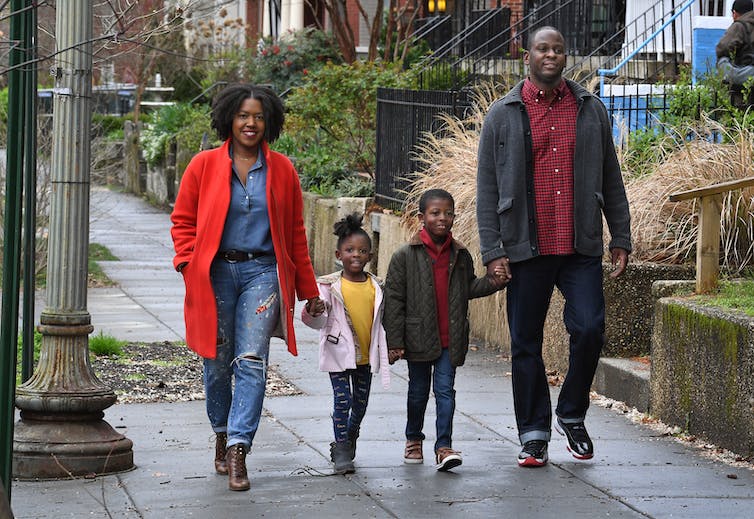 5. Drew scorn for working with Republicans

Fuller allied with prominent Republicans on school choice. He met with George W. Bush in 1999 while Bush was running for president. A year earlier, he debated then-Sen. Barack Obama on the issue of vouchers. His school reform work in New Orleans in the 2000s led him to collaborate with Betsy DeVos, who at that time was a GOP financier and charter school advocate. He also later supported DeVos’ contested nomination for secretary of education.

Fuller drew strong criticism from the press and some education reformers for his connections with the GOP, who earned a tarnished reputation on civil rights, and for embracing what many defined as a conservative agenda.

In his own defense, he noted in our interview that while he agrees with some Republicans on school choice, he strongly disagrees with them “on voter ID, on drug testing for people getting public assistance. I support the minimum wage. I support Obamacare.”

Though his position on school choice did not curry favors with progressive education reformers, Fuller demonstrated that not all demands for school choice are the same. For instance, he believes “mom and pop” charter schools are more emblematic of the long history of the Black freedom struggle than schools proposed by national charter school networks, as these grassroots schools are more often driven by the demands of historically marginalized communities.

“You’re going to be fighting for something for entirely different reasons than some of the people out there who are your allies,” Fuller said in our interview. I believe this difference is imperative to understanding the nuance of school choice today.

Jon Hale does not work for, consult, own shares in or receive funding from any company or organisation that would benefit from this article, and has disclosed no relevant affiliations beyond their academic appointment.