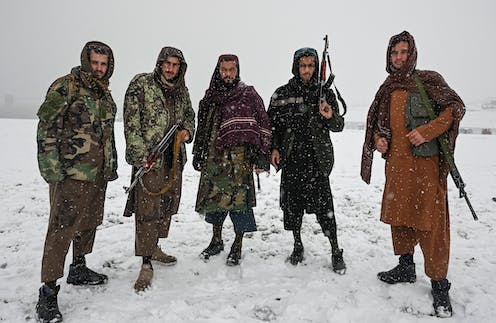 The Taliban retook control of Afghanistan in August 2021, without major opposition. Photo by Mohd Rasfan /AFP via Getty Image

The international community is closely monitoring the Taliban, after the group re-seized power in Afghanistan in August 2021.

There is legitimate reason for concern. The Taliban are again ruling through fear and draconian rules.

The Taliban’s last regime, in the mid-1990s, was marked by human rights violations, including massacres, mass detentions and rape. The regime collapsed on Nov. 14, 2001, shortly after the U.S. launched its global war on terrorism.

When the Taliban regained control over Afghanistan last year, some outside observers speculated that an evolved version of the group might materialize. These spectators assumed that the Taliban recognized it cannot govern merely with fear and bans.

Many Afghan people still expressed widespread fear and skepticism about the Taliban’s return. 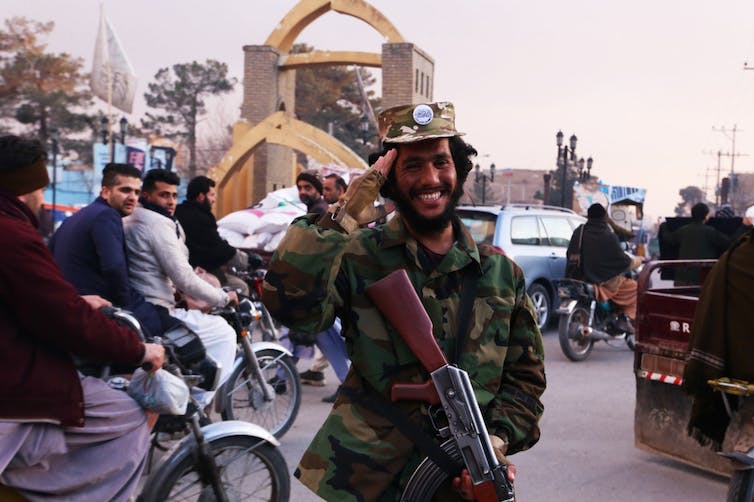 The Taliban say they are adopting a more moderate approach to daily life in Afghanistan. But evidence points to continued human rights violations.Photo by Bilal Guler/Anadolu Agency via Getty Images

The Taliban have now been in power for almost five months. A clearer image of the human rights and personal freedoms situation in Afghanistan is emerging.

As political science professorsspecializing in conflict and violence, we find that the Taliban’s changes are limited to international public relations campaigns on social media and other outlets.

While promoting a moderate face to the world, with promises of living “peacefully” and respecting women’s rights, the regime has continued to systematically violate human rights and strengthen its autocratic grip.

Theories about what experts called “Taliban 2.0” continued after the group assumed control over Afghanistan.

Representatives from countries such as Turkey and Qatar encouraged the international community to engage with the Taliban.

While international donors have frozen about $5 billion in foreign aid to Afghanistan since the Taliban takeover, some Western countries, including the U.S., have announced increases in aid to address the country’s humanitarian crisis.

Limiting the flow of information

The Taliban have undertaken a systematic media crackdown to achieve their contradictory goals of presenting a softer face to the international community while violating Afghans’ rights.

The group is forcing media to follow two of the Taliban’s dogmatic and moral regulatory bodies’ guidelines.

The Taliban also announced the “11 journalism rules,” which include forbidding journalists from publishing or broadcasting stories that are “contrary to Islam” or “insult national figures.”

About 40% of the country’s media sources have shut down, 6,400 journalists lost their jobs, including 84% of female journalists. Violence against media and journalists has again become widespread.

Many other journalists have left the country.

The media crackdown has a practical reason: limiting the flow of information about the regime’s continued rights violations.

United Nations human rights experts say they have received credible reports of the Taliban killing civilians, as well as hundreds of former Afghanistan security personnel across the country.

The Taliban have shown gruesome hangings of dead bodies and stoning of people to death. 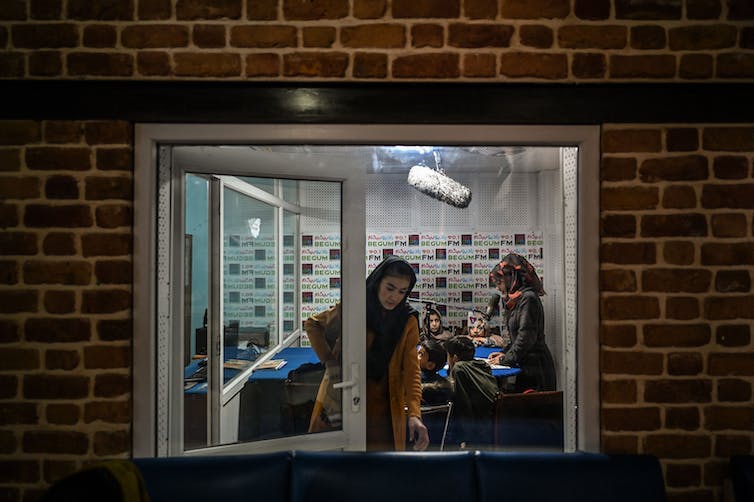 The Taliban’s crackdown on media in Afghanistan has resulted in the majority of the media outlets closing their operations, and many female journalists especially losing their jobs.Photo by HECTOR RETAMAL/AFP via Getty Images

Meanwhile, the humanitarian situation has deteriorated under the Taliban. Approximately 23 million Afghans are facing hunger, including 3.2 million children who are suffering from severe malnutrition.

The Taliban leadership denies any responsibility for alleviating the looming humanitarian crisis.

In November 2021, Taliban Prime Minister Mullah Hasan rejected the regime’s responsibility for food insecurity in Afghanistan and asked people to “cry to God to alleviate famine and drought.”

Anas Haqqani, a senior member of the Taliban negotiation team in Doha, also downplayed the seriousness of the looming hunger crisis by rhetorically asking a BBC reporter if she had ever witnessed someone dying of hunger. 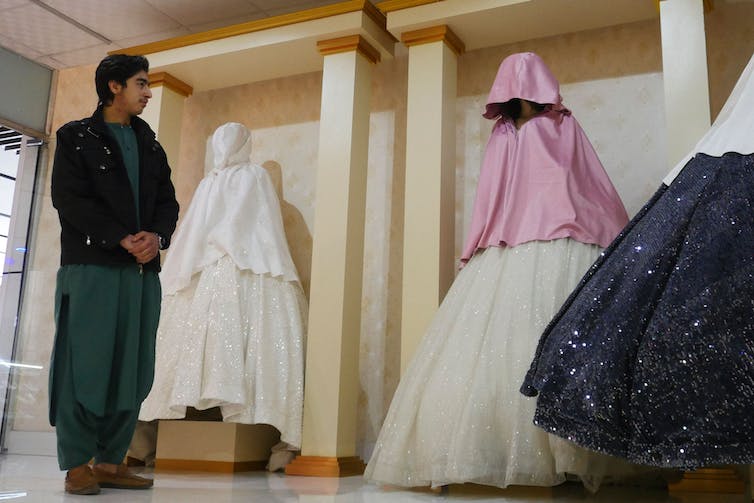 The Taliban have ordered shopkeepers in Afghanistan to cut the heads off of female mannequins, saying that showing full human figures violates Islamic law.Photo by AFP via Getty Images

Regressing on women’s and girls’ rights

The Taliban’s conduct toward girls and women also reveals a return to previous ways.

The Taliban has banned women from traveling more than 72 kilometers from home without a male relative.

In early December, the Taliban released a decree saying a woman is a “noble and free human being” and should not be forced into a marriage. The international community largely welcomed the announcement.

However, a closer look at the decree reveals that the Taliban formalizes the regime’s right to determine whether a woman actually consents to a union.

The Taliban have systematically reinstated old restrictions on girls education and female employment.

While most primary girls schools are closed across the country, secondary and tertiary education remains completely banned for girls.

In 2017, U.N. Children’s Fund figures showed that 3.7 million Afghan children were out of school, 60% of them girls. This percentage is now likely much greater with the Taliban’s ban on girls education.

This differs from the Taliban’s recent public messaging on girls’ and women’s “right to education and work.”

To the domestic audience, the regime’s messages are vague. Leaders condition reopening girls education, for example, to unclear economic and moral conditions. Deputy Prime Minister Mullah Abdul Ghani Baradar said recently that once “economic challenges are resolved, we will provide education for all those who want to pursue their studies.”

The Taliban have also banned most female government workers from returning to their jobs, resulting in a workforce restriction that would result in economic losses totaling $1 billion.

The only indication of a “new Taliban” is a much more sophisticated and strategic public relations approach for masking ongoing human rights violations.