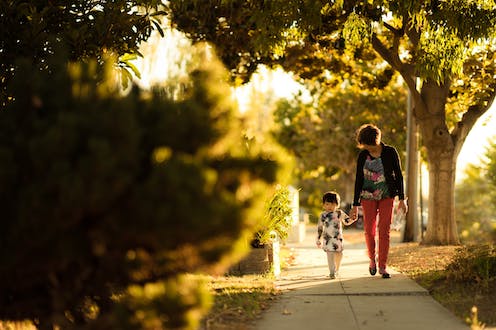 Predictable and consistent parental behavior can include set routines for meals and transportation.Sue Zeng/Unsplash, CC BY-ND

Scientists have long known that the experiences you have during infancy and childhood play an important role in shaping how your brain matures and how you behave as an adult. But figuring out why this happens has been difficult.

Over the past 15 years, my teamand I have been studying child brain development to identify what aspects of early life experiences affect brain maturation. In our recently published paper summarizing our findings across multiple studies in animals and people, we found that unpredictable or inconsistent parental behavior can disrupt the development of a child’s emotional brain circuits. This can lead to an increased risk of mental illness and substance abuse later on in the child’s life.

To tackle the challenge of figuring out what signals affect how the brain’s emotional systems develop, we took cues from how the brain’s sensory systems, like vision and hearing, develop. Environmental signals are important to sensory development. For example, if an infant is unable to see adequately because of a severe lazy eye, they may develop lifelong vision deficits. Similarly, an infant who is unable to make out the patterns and sequences of everyday sound due to frequent ear infections may develop lifelong hearing problems.

Because parents are often the primary source of the information an infant and young child receives from their environment, we thought it would be reasonable to assume that parental signals would be crucial to brain development. Previous research over the decades have found that a caretaker’s behaviors and how responsive they were to their child’s needs were important to the child’s emotional growth. An absence of responses, such as from neglect, was associated with increased risk for emotional problems later in life.

Attachment theory posits that a strong bond with a primary caregiver early in life is critical to child development.

While many studies have focused on the effects of “positive” or “negative” parental behaviors on child brain development, researchers have paid little attention to patterns of behavior, or a parent’s predictability and consistency. A parent who is predictable and consistent is one who reacts to new situations, such as when their child has a mild fall or asks for a new toy, in the same way. In the long term, predictability also means that a child knows who will pick them up from school and when they can expect lunch, dinner or bedtime.

We first conducted our studies in mice and rats to be able to control how the mothers behaved toward their pups by limiting the amount of material available in the environment for nest building, altering their activity patterns toward their offspring. We then conducted studies in people, observing how mothers behaved in structured play sessions and how the patterns of their actions influenced the emotional and cognitive development of their children.

To quantify maternal behaviors in these sessions, we measured the degree that one behavior predicted the next. For example, how likely a mother was to speak to and show her child a toy was a good predictor of how often she would pick her child up. We also controlled for other aspects of parenting and environment, such as socioeconomic status. We assessed child and pup development by administering cognitive and emotional tests, as well as behavioral questionnaires for the children.

Across all our animal and human studies, we found that predictable parental behavior patterns led to better emotional and cognitive functioning in their children later in life. While our studies have focused primarily on mothers, it is very likely that the same principles apply to fathers as well. 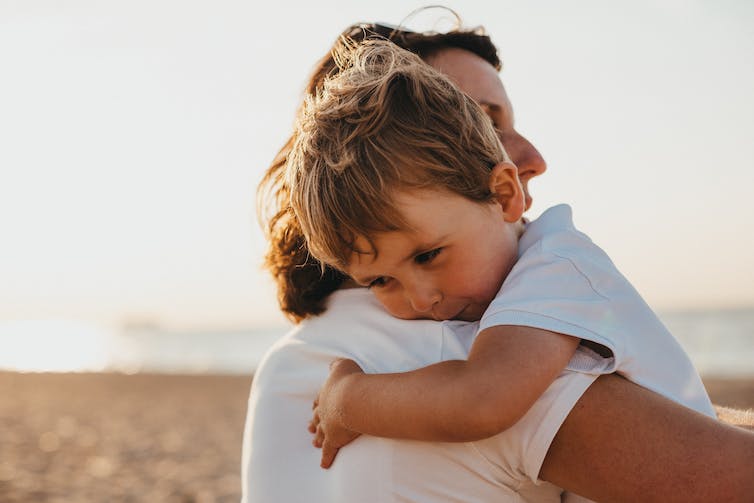 Patterns of parental behavior are just as important to a child’s brain development as the quality of the behavior.Xavier Mouton Photographie/Unsplash, CC BY-SA

Our findings suggest it’s not just “positive” or “negative” parenting that affects a child’s development. It’s just as important for a child’s emotional brain development that their parents nurture them in predictable and consistent ways.

There are many adversities beyond a parent’s control that can impact their developing a child, such as poverty, war and migration. However, being aware of the role that predictable and consistent behavior plays in brain development can help parents create an optimal environment for their child as they grow emotionally.

Tallie Z. Baram receives funding from the National Institutes of Health, the Bren Foundation, and the Hewitt Foundation for Biomedical Research.