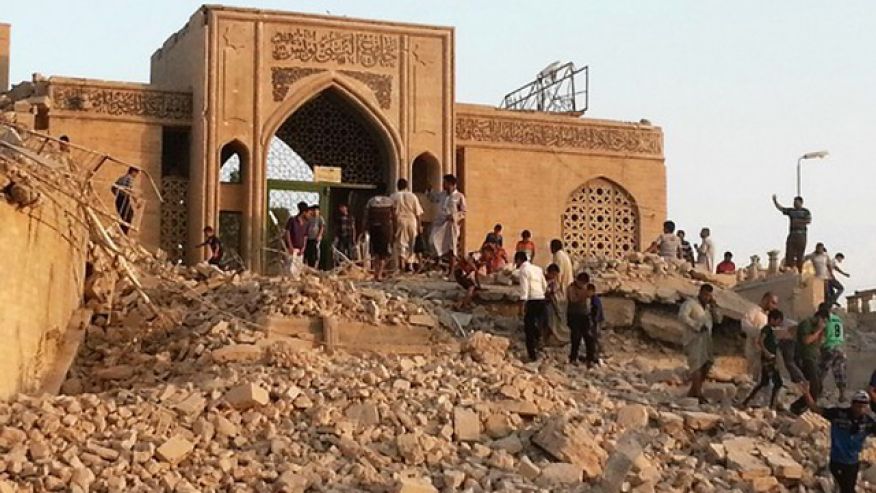 12 March 2015. What have Lieberman, the Israeli foreign minister, ISIS and the Saudi regime in common? The two last ones have been beheading people on a daily basis. Avigdor Lieberman, "the Jewish Islamic State", as Ahmad Tibi, a Member of the Israeli Knesset, calls him, has invoked the beheading of Israeli Palestinians in a speech at the Herzliya Interdisciplinary Center.

"Whoever is with us should get everything. Whoever is against us, there's nothing else to do. We have to life (t) up an axe and remove his head. Otherwise, we won't survive here."

Lieberman is one of the most outspoken racists within the current Israeli government. He is a shame for the Israeli Foreign Ministry. With his radicalism and racist rhetoric he even out-did Ariel Sharon not to speak of Netanyahu. The Palestinians harbored a self-deception saying that Lieberman would show Israel's true face. So far, Lieberman's racism did no harm to the country. On the contrary, Lieberman is welcomed and received by all his colleagues around the world, although he calls for an Israel free of Arabs.

He are some of Lieberman's racist and below the belt statements: He sees the Israeli Palestinians as second class citizens and want them transferred into a future Palestinian "State". According to him, there is “nothing undemocratic about transfer” because they pose a threat to the "Jewish identity" and the "ethnic purity" of Israel. He wanted also to drown the Palestinians in the Dead Sea or executing those who talk to Hamas. In May 2004, he stated that 90 percent of Israel’s 1.2 million Palestinian citizens would “have to find a new Arab entity” in which to live beyond Israel’s borders. “They have no place here. They can take their bundles and get lost.” For those who want to stay he demanded a "loyalty oath". This statement is especially galling considering that Lieberman immigrated in 1978 from Moldova to Israel.

In 2006. he called for the killing of Arab members of Knesset who meet with members of the Hamas-led Palestinian Authority. After the Israel massacre during the so-called Operation Protective Edge in July 2014, Lieberman called for a boycott of Arab businesses, which shut their doors over the protest of the Israeli massacre. The daily "Haaretz" called this "another act of dangerous and cynical incitement". And about the former Egyptian President Hosni Mubarak he said that he either visits Israel or "go to hell". Several years ago, he called for the bombing of the Aswan Dam in Egypt, the Presidential palace in Damascus and Iran's nuclear facilities. Sometimes it seems as if Lieberman forgets that he is the Foreign Minister of the State of Israel and not a political rascal.

According to the daily "Jerusalem Post", some former high-ranking Israeli diplomats criticized Lieberman's saying: "Israel's number-one diplomat is waving an axe over the heads of citizens of the country that he represents, and in the same breath, he preaches to the whole world about fighting anti-Semitism."

A country pretending to share the same "values" as the U. S. and the other Western democracies allows itself a Foreign Minister who calls for the beheading of its own Palestinian citizens! In 2014, the Saudi Arabian regime beheaded 83 people. The beheadings of ISIS exceeds 100, while the dark figure may be much higher. Will the Israel government follow the advice of its foreign minister, and who will do the job?