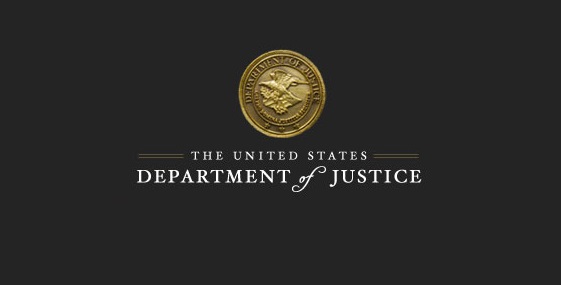 U.S.A. 6 March 2015. The U.S. Department of Justice 102-page report charges the Ferguson criminal justice system with systematically discriminating against the city’s black population. For example, the DOJ report asserts that even though blacks in Ferguson represent 67 percent of the population they account for 85 percent of all traffic stops.


The report, which compiled and presented a wide range of anecdotal and statistical evidence on violations in Ferguson, states that “Ferguson’s approach to law enforcement both reflects and reinforces racial bias including stereotyping.”


The DOJ Civil Rights Division prepared the report. None of the contributors to the report are identified.


Much of the report contains anecdotal evidence that appears to have been cherry-picked to drive home the DOJ’s conclusions. For example, according to the report all fourteen persons who sustained police dog bites were blacks. However, there is no evidence supplied in the report as to the number of encounters with police dogs where the subject was not bitten. Furthermore, the DOJ report states that its information on police dog bites by race is incomplete.


A black man who was held by the Ferguson Police Department was tasered for urinating through the bars onto the jail floor and hitting the pants leg of a correctional officer. No evidence is supplied as to how often this practice has occurred and whether or not using a taser in such cases is police department policy.


The Ferguson police were called in 2012 to a fight at a local bar involving 40-50 white suspects. Police officers were able to control the situation with “minimal baton and flashlight strikes as well as fists, muscling techniques and knee strikes.” No one was arrested. No evidence is supplied as to how often this happens in Ferguson and how often similar altercations involving blacks take place that the DOJ report claims are handled much more harshly.


Without identifying the woman by race or poverty status, the report cites that $2500 in fines and fees were imposed, even though the woman already paid $1000. However, it is clear from the report that a significant portion of $2500 was owed to two adjoining municipalities. Without additional information, this anecdotal evidence has little to do with racial discrimination in Ferguson.


Nowhere in the report is there any mention of the differences between the black population and the white population in terms of age. A deeper dive into the population numbers reveals a very large difference in the population most likely to be caught up in conflicts with the police. While there are 1,544 black males between the ages of 15 and 29 in Ferguson, there are only 578 white males in that age group. This disparity in the population most likely to engage in conflicts means that if, say, 15 percent of the entire population in those ages were to be apprehended on the same violation, a total of 232 blacks as compared to 87 whites, would be arrested. That’s not evidence of racial bias. That’s evidence of demographic differences.


Age matters importantly when it comes to personal maturity and civic responsibility. Older men are much more likely to be settled in their family attachments, work experience, and ties to community organizations. Thus they are more likely to be mentors to much younger men. There are 2.23 white men above age 50 for every 15-29 year-old white male. Among blacks there are 0.72 black men 50 years of age and older for every 15-29 year-old black male.


In other words, young black males are much more likely to grow up in an environment where there are few older men such as coaches and scout leaders available to guide them along the right path to personal maturity and civic responsibility.


President Obama agrees. By launching My Brother’s Keeper initiative last year Obama urged public and private organizations to “address persistent opportunity gaps faced by boys and young men of color … [and] to connect young people to mentoring, support networks …..” This initiative, along with others developed in response to the incidences in Ferguson following the shooting of 18-year-old Michael Brown last year, was posted on the City of Ferguson website before the release of the DOJ report.


The report is critical of Ferguson for subordinating public safety to revenue generation. This finding is reported as if it were unique to Ferguson. Since 2000, U.S. drivers have reported more than 82,000 speed traps to the National Speed Trap Exchange. The National Motorists Association defines a speed trap as traffic enforcement that focuses on extracting revenue from drivers instead of improving safety made possible by speed limits below the prevailing flow of traffic.


Until statistical controls breaking out the Ferguson population by age are introduced into the DOJ analysis, the report’s conclusions that derive importantly from what appears to be cherry-picked anecdotal evidence reflect in part the bias of its contributors who found what they were looking for.