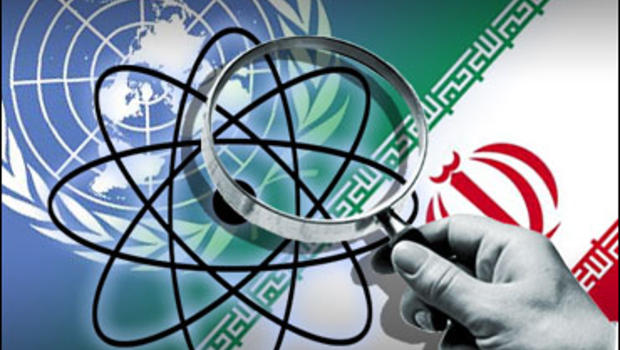 Q: Can IAEA’s final report on Iran’s nuclear program be considered as an end to the so-called PMD case? The report still contains ambiguities on the strength of which some Western media have claimed that Iran’s nuclear dossier cannot be closed yet.

A: Now that this report has been released, one can say that all measures taken on outstanding issues have reached a final conclusion and the way has been paved for closing the PMD case. Important points about IAEA’s latest report include:

1. While pointing out Iran’s full cooperation with IAEA in line with the two sides’ roadmap, the report has admitted that Iran’s cooperation has enabled IAEA to present its final assessment on the issue of PMD. This means that Iran has observed its commitments within framework of the aforesaid “roadmap.”

2. There is one key sentence in all IAEA’s regulations, which is “noncompliance with the NTP treaty.” This sentence was used about Iran for the first time in a resolution adopted in September 2005 and was taken as a basis for later disastrous resolutions that the United Nations Security Council adopted against Iran. The new IAEA report does not contain any phrase that would imply Iran’s noncompliance with its commitments as per the NPT treaty.

4. To the contrary of many allegations raised by Western sources during the past few years, this report has emphasized that there is no sign to indicate the existence of undeclared nuclear fuel cycle in Iran.

5. However, the key point in the report is that no sign has been found to show that Iran has been involved in activities related to production of nuclear weapons as claimed by the “alleged studies.”

6. And finally, the issue of [Iran’s alleged nuclear activities in the western city of] Marivan was another issue, which had provided grounds for incrimination of Iran for many years. However, in his latest report, the director general of the International Atomic Energy Agency has clearly announced that allegations about Iran having conducted test explosions in Marivan region are not true. In this part of his report, IAEA has resorted to some form of diplomatic jargon to reject claims about any [test] explosion in Marivan.

Q: One of the negative points that have been mentioned in this report is the issue of Iran’s military nuclear activities, even though limited to preliminary studies. Banking on this issue, Western media have been claiming that past reports by Western intelligence services have been true and Iran has been pursuing nuclear weapon in a purposive way before 2003 and in an on-and-off manner until 2009.

A: Yes. In this report, IAEA claims that Iran has carried out activities with regard to some dual-use technologies related to building nuclear weapons before 2003 and, to some extent, up to 2009. IAEA’s earlier reports also included allegations about the possibility of activities related to building nuclear weapons. This allegation has been never accepted by the Islamic Republic of Iran and the country has declared frequently in the past years that it has never sought to make nuclear weapons and will not do so in future. Nuclear weapon has never been part of our military doctrine and the Supreme Leader [Ayatollah Seyyed Ali Khamenei] has issued a fatwa (religious edict) about production, stockpile and use of the atomic weapon being prohibited, which has been also welcomed at international level.

However, let met raise certain points in this regard:

The key point in this report, however, is that it has emphasized that such activities by Iran have been limited to “research and development.”

First of all, research and development activities on dual-use technologies are very common and usual and are not against any international law.

Secondly, research and development with regard to making atom bomb are not against the contents of the NPT (Non-Proliferation Treaty). Even under its present conditions, Germany has a center in which it conducts research and development on construction of the atom bomb and consequences of its use. This center is also known to IAEA. If you asked Germans, they would say scientific studies are authorized and in addition ‘we must study necessary preventive measures to know what to do in case the atom bomb is used against our country’. Therefore, conducting research and development on nuclear weapons is not illegal, because it is done in Germany and IAEA has never opposed it.

The issue that is considered as diversion from the viewpoint of the International Atomic Energy Agency is a diversion in the use of nuclear materials in the direction of making the atom bomb, which according to IAEA’s report, the possibility of such a diversion in Iran has been strongly ruled out.

Q: Some critics of JCPOA (Joint Comprehensive Program of Action) and this final report of IAEA claim that by releasing this report, IAEA has in fact confirmed West’s claims that Iran has been seeking to make atomic weapons in the past and now, implementation of JCPOA and enforcement of 10-year restrictions on Iran’s nuclear program are punishment for Iran’s nuclear violations.

We must pay attention that our opposite side:

Firstly, is IAEA itself, which in its past reports had underlined the possibility of Iran taking measures to build nuclear weapon and this was the main basis on which the United Nations Security Council imposed most of its sanctions against the country;

Secondly, is the Western world led by the United States, which has been leveling such charges against Iran for the past 36 years;

Thirdly, is the UN Security Council, which has used “noncompliance” and the “possible measures taken to make nuclear bomb” as sole excuse to pass all sanctions resolutions against Iran; and

Fourthly, is the United States and Europe, which have also used the same excuse to approve and enforce unilateral and multilateral sanctions against Iran.

Now that the case of Iran is going to be closed, IAEA cannot release a report that would discredit it because of its past reports, officially announce as illegal the foundation on which the Security Council resolutions have been based, and also render void and lie all the allegations raised during the past 36 years by the United States and the Western world. At the same time, they cannot draw up a report that would once again repeat the same claim because repeated confirmation of that claim would practically prevent the case from being closed and sanctions from being removed.

Therefore, IAEA’s report is based on a mutually-acceptable political solution and, as such, IAEA has given a big concession to Iran by confirming that Iran has taken no practical step to make nuclear weapons, has complied with its commitments following the conclusion of JCPOA, and is no longer in noncompliance of NPT. This sentence is actually authorization for the closure of Iran’s case and removal of sanctions.

However, to save face and prestige of IAEA and the UN Security Council, it has also given a concession, though small, to itself and the UN Security Council, where it says Iran has taken steps limited to research and development up to 2003 without having taken practical measures to build the [atomic] bomb. Then it points out that such studies were continued on and off until 2009. This sentence has been included only to legitimize sanctions resolutions of the Security Council, which were adopted after 2005, that is, during the term of former Iran’s president.

The climax of the report, which must not be watered down or ignored through any biased analysis, is that by reading IAEA’s previous reports, you would become certain that in this report, unlike past reports which in many cases introduced Iran as either an accused or a suspect, many of the past claims have been rejected or their validity has come under serious doubt.

Many issues that have been doubted in this report are related to past years and verification of Iran’s claims with respect to these issues has not been possible in a complete and full manner. Of course, Iran had frequently emphasized in the past that it has not given [IAEA] unrestricted access to its sensitive military sites for the settlement of the so-called PMD case.

Q: Now that the report is out, do you believe that its positive points are more prominent or negative ones?

A: As for the general outline of the report, it is noteworthy that Yukiya Amano had already made remarks, emphasizing that his report would be neither black, nor white. This meant that it would be a midway report in order to offer a face-saving way out of the crisis.

I am not usually of the habit of analyzing reports that are based on political groupings inside the country. Without a doubt, this report has both positive and negative points. Let’s not forget that the so-called PMD case is as old as about a decade and has turned into one of the most controversial nuclear debates in history of the International Atomic Energy Agency. However, the new report released by Yukiya Amano, along with positions taken by the US Department of State, show that the report has been drawn up with the goal of showing peaceful nature of Iran’s current nuclear program and aims to close Iran’s nuclear case.

This means that even the most complicated international cases can be settled or almost closed through dialogue and negotiation. Through this report, after a decade of controversy and building case against Iran, the International Atomic Energy Agency has emphasized that the country’s atomic activities have been never diverted toward making [nuclear] bomb.

In the meantime, Washington is the first country that has announced that this report by IAEA is enough to close the so-called PMD case and the adequacy of investigations in this regard will be soon announced through the vote of the [IAEA’s] Board of Governors. Such a position taken by Americans is not out of friendship and compassion toward Iran because a degree of hostility and mutual distrust still exists between the United States and Iran, and this has been always evident to everybody. However, the change in the US government’s position in addition to the failure of Israel, the radical domestic faction in the United States, and hostile Arab countries are all the result of the smart strategy and the large-scale approach that have been diligently pursued during the past two decades at various official and public diplomatic levels.

After the so-called PMD case gets past the International Atomic Energy Agency, the member states of the P5+1 group of countries will be obligated according to Paragraph 14 of JCPOA to officially close the case of possible military dimensions of Iran’s nuclear program through the Board of Governors. This measure can be taken in the next two weeks through this IAEA report following which, the process of implementing JCPOA and removal of sanctions will begin. This process practically means that the important and historic nuclear deal has been in line with the national interests of the Islamic Republic. Thereafter, the important point will be to take advantage of the experiences and managerial achievements of the nuclear crisis for the settlement of other differences that we have with regional and global powers.

*A Rejection of the Nuclear Deal Could Lead to Radicalism in Iran: http://www.iranreview.org/content/Documents/A-Rejection-of-the-Nuclear-Deal-Could-Lead-to-Radicalism-in-Iran.htm

*If Congress Rejects the Iran Deal, It Would Be a Historic Blunder: http://www.iranreview.org/content/Documents/If-Congress-Rejects-the-Iran-Deal-It-Would-Be-a-Historic-Blunder.htm