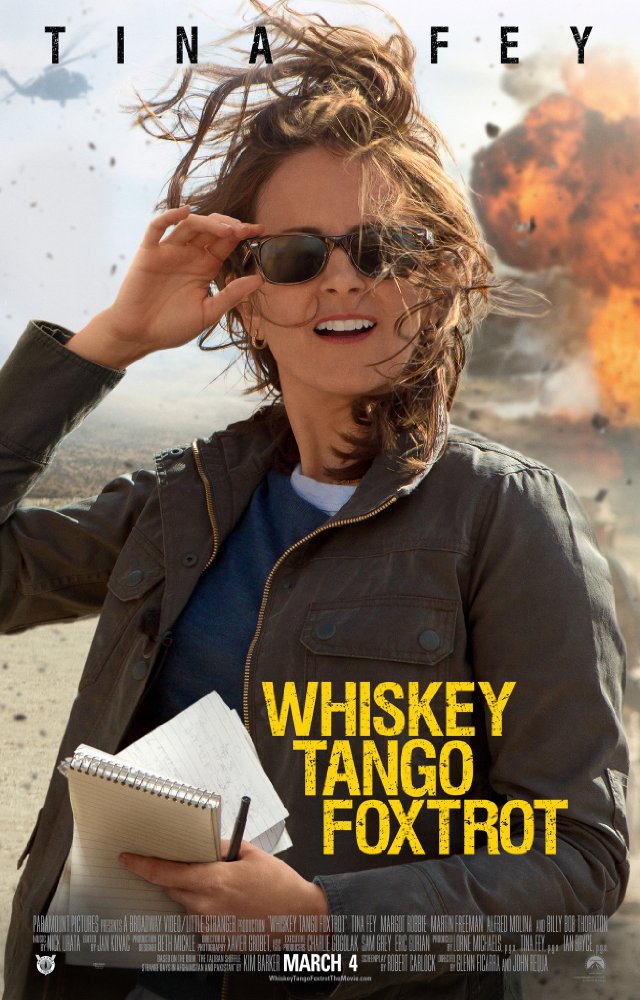 Afghanistan keeps dropping out of the headlines. Despite its endless bleeding, its “Enduring Freedom” torment, caused by America's anti-communist obsession, and perpetrated by its imperialist instinct for world control at all costs, it's just not interesting for the thrill-seeking msm, and is embarrassing to its lame-duck Nobel laureate president.


It doesn’t get much help from Hollywood, either. No Bob Hopes, who was once the bedrock of WWII-era United Service Organizations (USO), exhorting idealistic troops to fight a very real fascism, a genuine threat. He refashioned his skits to fit Vietnam, to exhort depressed, doped, reluctant troops to fight a nebulous communism that it turns out wasn't a threat at all.


Steve Colbert went to Iraq in 2008, though he was no fan of Bush II or the war, more out of pity for the thousands of young Americans marooned there. He had Obama order Commanding General Odierno to shave him bald, and joked about how the troops must love Iraq as they kept coming back, earning enough air miles for a free trip to Afghanistan.


Most entertainers stuck to the safe Kuwaiti backwater. Not many takers to entertain in Kabul or Helman, the only vaguely safe spots in Afghanistan anymore. Robin Williams went to Kandahar airfield (“Good Morning, Afghanistan!”), the last time to the safer Kuwait in 2013, just months before he committed suicide.


In 2007, Fox News host Bill O’Reilly sharply criticized the USO for not sending more celebrities to Afghanistan. “As far as I know, the only famous people in the past year were (country music singer) Toby Keith and me.“ On a 2012 trip to Camp Leatherneck, the best USO could come up with were the likes of Dallas Cowboys cheerleaders Allyson Traylor, Brittany Evans and Kelsi Reich; and former “American Idol” contestants Diana DeGarmo and Ace Young.


It’s hard to blame even those entertainers who are Islamophobic bigots and actually ‘support the troops’, as helicopter is the preferred way to get from the Kabul embassy to the airport, an uncomfortable reminder of another recent US war.


Canada’s Bruce Cockburn’s peacenik fans disowned him and burnt his dvds after he went to Kabul in 2009 to visit his brother, Captain John Cockburn, and to play a concert for Canadian troops. He performed his 1984 song "If I Had a Rocket Launcher" and was temporarily awarded an actual rocket launcher by the military.


Cockburn has always gone his own way, a Christian mystic, and stated that, while unsure of the original Invasion of Afghanistan, he supported Canada's role there. Given Canada’s role as nursemaid vs drone dropper, and Cockburn’s sense of family over politics, his position makes some sense (though the rocket launcher business is at best self-parody, at worst, obscene).


There have been almost no films to entertain us about what the western troops in Afghanistan are up to. Last year’s Rock the Kasbah was not really about the war or US presence, and fell flat, despite Bill Murray. The most talked-about is Whiskey Tango Foxtrot, a 2016 American biographical war comedy-drama film about a second-rate TV reporter, based on the memoir The Taliban Shuffle: Strange Days in Afghanistan and Pakistan (2011) by Kim Barker, starring Tina Fey.


Barker, formerly South Asia bureau chief for the Chicago Tribune, told Vanity Fair in May that her intent was to write a dark comedy “people would actually read.” She refers to Kurt  Vonnegut and Stephen Heller as her models.


Sounds good. She knows Afghanistan is a disaster, falling apart, crumbling “chunk by chunk”.The US lost Afghanistan twice: once in the 1990s, and then again in 2003. The initial supporters felt betrayed.  “The Americans lost in Afghanistan as soon as they left for Iraq,” wails one Afghan to Barker. The lack of “benchmarks … without really articulating what you are trying to do—it makes it very difficult to achieve anything remotely resembling stability there.” Uh, hu.


Her book is hardly incisive, with only the faintest echoes of her heroes Vonnegut and Heller:

“Is she scared of me?” asks a warlord to her translator Farouq.

“He wants to know if you are scared of him.”

“Oh, no. He seems like a perfectly nice guy. Totally harmless. Perfectly kind.”

Translator to warlord: “Of course she is scared of you. You are a big and terrifying man. But I told her you are a friend of the Chicago Tribune and I guaranteed her safety.”


But they didn’t make it to the silver screen, where the humour is all bathroom. Barker has but faint praise for the film version of her experience: She was thrilled to be played by Fey. “Friends of mine have said Tina Fey really captured my wry expressions.”


“The Taleban Shuffle”, which at least identifies something relevant, was discarded, along with any critical content, for “Whisky, Tango Foxtrot”, a military euphemism for ‘what the fuck’. Frighteningly apt for this “forgotten war”.


Another slang term that fits is FUBAR (fucked up beyond all recognition/ repair), which is accurate not only for the film, but, as I realized, squirming through the film, for the whole US effort in Afghanistan. It’s Vietnam all over again in spades.


While it is now okay to pan the Iraq invasion (until Hillary takes over), Afghanistan is still America’s ‘sacred war’. No room even for Cockburn’s “unsure of the original invasion” caveat.

But the invasion of Afghanistan was every bit as illegal and fraught with disaster as Iraq.


The UN extended only a limited endorsement of the US invasion in resolution 56/1 calling “for international cooperation to bring to justice the perpetrators, organizers, and sponsors of the outrages”. In other words, assuming Osama bin Laden was the perpetrator, capture him, withdraw, and then provide aid to Afghanistan. Nothing about occupation, Guantanamo, building a pipeline, bases, torture prisons, etc.


Another epiphany was when the heroine triumphs over the Taleban foe, in the guise of a mild-mannered ‘government’ warlord, Ali Massoud Sadiq, who “knows everything”. She had used her ‘feminine wiles’ to extract information from him. He had honourably fallen in love and invited her many times to his office couch.


She kept demuring, but kept coming back for information, finally desperately needing to find her new (Scottish) lover, who had been kidnapped. When asked what she would do for Sadiq, she pulled out a smart phone and showed him a video of him dancing in the street with her. “I will erase this.”


So, instead of coughing up, she becomes a virginal Joan of Arc by blackmailing a besotted lover. Who, along with the other Afghan character, is played by a gringo. I suspect no Afghan-American actor would stoop so low.


That says it all. The morally bankrupt West, the shallow, corrupt media, an aimless, violent military, wreaking havoc on a broken country halfway across the world.


A soldier who had no idea what he was doing, is interviewed by Kim (and as a result targeted by the military brass), showing up at the end of the film on prosthetic legs on a farm in Kentucky where Kim went for ‘closure’. What can I say but “FUBAR”.


If you still harbour any hope for what the US is doing in Afghanistan (the US military has no idea), please see this film. It is even more convincing than Slaughterhouse-Five. But bring a barf bag. And start writing letters to the Taleban, urging restraint when they take power again.