Australians are accustomed to having fresh air, and our clean atmosphere is a source of pride for many.

Last summer’s bushfires, however, brought air quality to the public’s attention, as millions of Australians breathed some of the world’s worst quality air.

But there’s a lesser-known source of pollution causing billions of dollars worth of health costs every year: indoor wood-fired heaters.

This week, the Victorian branch of the Australian Medical Association endorsed calls to remove these heaters via a buyback or subsidy scheme. But will it work?

Read more: How does poor air quality from bushfire smoke affect our health?

In winter, wood heater smoke is the single biggest air pollutant in New South Wales and the ACT. Similarly, in Victoria, wood smoke on cool winter days is responsible for most breaches of air quality standards.

Around 10% of Australian households – roughly 900,000 homes – use wood as their main source of heating, according to the ABS.

Read more: Bushfire smoke is everywhere in our cities. Here's exactly what you are inhaling

Based on NSW guidelines, burning 10 kilograms of wood (an average day) in a modern, low-emitting wood heater can produce around 15 grams of “particulate matter”.

This is composed of tiny particles which can penetrate into the respiratory system, potentially causing lung and heart diseases. It is one of the most dangerous components of smoke, and a carrier for many of its cancer-causing chemicals.

By contrast, a truck travelling on congested urban roads can produce just 0.03 grams of particulate matter per kilometre travelled. A truck would therefore have to travel 500km in heavy traffic – roughly the distance from Melbourne to Mildura – to produce the same particulate matter emissions as one average day of using a wood heater.

So a wood-fired heater is like having a truck idling in your living room all day (albeit with the bulk of the emissions escaping via the chimney). 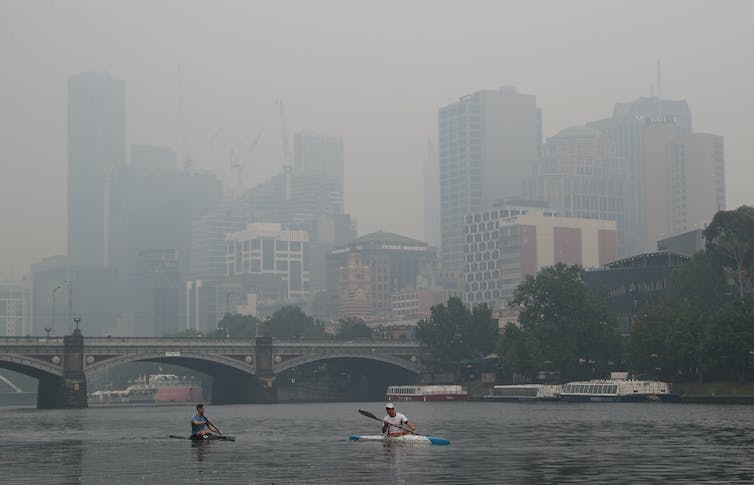 Bushfire smoke dominated the headlines during Australia’s bushfire crisis, causing untold health problems. But there’s another source of smoke which has been silently damaging our health for a long time: indoor wood fire heaters. David Crosling/AAP

The smoke from wood fires is very similar to that generated by bushfires, and is also detrimental to our health.

Australia’s wood-fired heaters are estimated to cause health costs of around A$3,800 per wood heater each year.

Given the roughly 900,000 wood heaters used as primary household heating sources in Australia, this could be as high as A$3.4 billion annually across the country.

One study published in May estimated 69 deaths, 86 hospital admissions, and 15 asthma emergency department visits in Tasmania were attributable to biomass smoke each year – the smoke which comes from burning wood, crops and manure. More than 74% of these impacts were attributed to wood heater smoke, with average associated yearly costs of A$293 million.

Another study modelled the effects of air pollution on over-45-year-olds in Sydney over seven years. It found chronic exposure to low levels of particulate matter was linked with an increased risk of death. Depending on the model used, it found between a 3-16% increased risk of dying occurred with each extra microgram (one millionth of a gram) of particulate matter per cubic metre of air.

Read more: From face masks to air purifiers: what actually works to protect us from bushfire smoke?

All of this assumes wood heater users follow the law and use clean, dry hardwood as fuel. Problems become far worse when treated wood is used as the fuel source.

Treated timber offcuts from construction or demolition activities are freely available and therefore continue to be used as fuel for wood heaters, against recommendations.

Much of this timber is treated with an antifungal chemical called copper chrome arsenate. Breathing the emissions when this wood is burned can increase incidents of liver, bladder, and lung cancers, and reduce the production of red and white blood cells, leading to fatigue, abnormal heart rhythm, and blood-vessel damage.

There is no safe level of indoor or outdoor air pollution. This is an ideal time to consider the hidden dangers associated with our “clean” air. 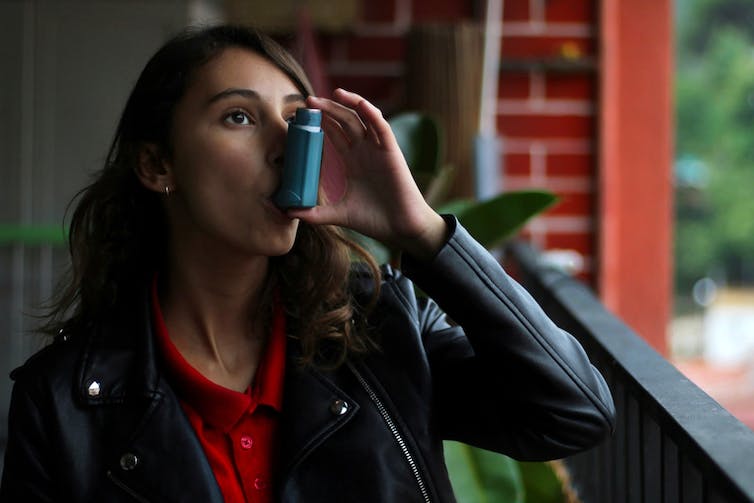 Wood heater smoke has been linked with increased hospitalisations and deaths from asthma. www.shutterstock.com

Standard testing for new stoves is one way authorities try to reduce wood smoke emissions. Australian heaters must be designed to pass strict standards, however this system may not reflect the way heaters are actually operated in the home environment, because this varies so much between households.

Banning wood stoves altogether is inequitable, as some people cannot afford any other source of heating, and many people employed in the wood-fire heater industry could lose their jobs. But changing economic incentives could work. An intervention method currently being proposed in Victoria is a wood stove buyback or subsidy scheme, which is now supported by the Victorian branch of the Australian Medical Association.

However, a similar rebate scheme did not have much impact in Canberra. Since November 2015, residents have been able to claim a subsidy of up to A$1,250 if they replace their wood heater with a ducted electric reverse cycle system. Just five households took up this rebate in the first six months. Meanwhile, 40,000-50,000 wood heaters are sold in Australia each year.

Another option is fines. Tasmanians can be fined A$1,680 if their chimney emits smoke which is visible for more than ten minutes. However, when these regulations were announced the laws were considered by many Tasmanians to be heavy-handed and the government was met with community resistance. 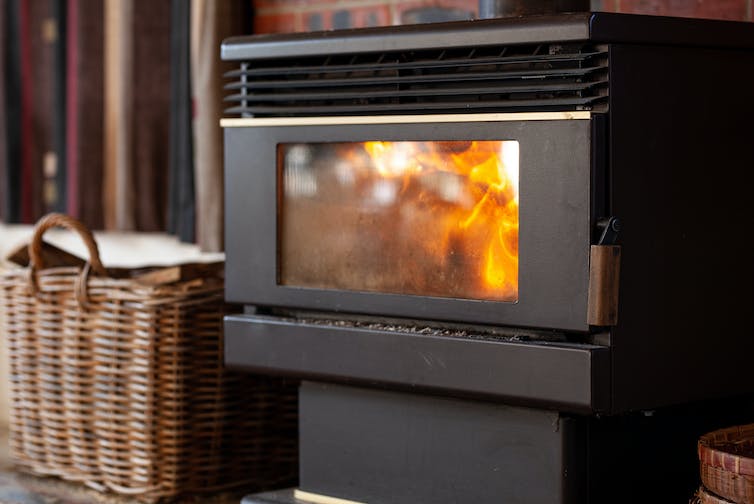 Many attempts at reducing the number of indoor wood heaters in Australia have been ineffective. www.shutterstock.com

In 2001, Launceston established several strategies to encourage use of electric heaters instead of wood heaters, including a grant of A$500 to those switching over.

Following this, wood heater prevalence fell from 66% to 30% of all households, corresponding to a 40% reduction in particulate air pollution during winter.

Education could also help. If people knew the concentrations of air pollutants in their homes, they might be motivated to change their wood burning behaviour. Often residents are unaware of the concentrations of smoke generated by their activity, with many considering opening a window reduces the level of wood smoke in their home. Controlling indoor pollution is difficult, especially if the major source of the pollution is outdoors – opening the window would actually let more pollution in.

We suggest that together with the proposed rebate schemes, one way forward could be to provide affordable access (through subsidies or otherwise) to air-quality sensors. At the lower end of the scale, prices range from A$100-500, with more accurate devices in the range of A$1,000-5,000.

Despite the expense, they can improve awareness of levels of air pollution among those with wood-fired heaters, and may provide the impetus for people to work together and change community perceptions around wood-burning appliances.

Read more: How does bushfire smoke affect our health? 6 things you need to know

This article is supported by the Judith Neilson Institute for Journalism and Ideas.