The transport sector is Australia’s second-largest polluter, pumping out almost 20% of our total greenhouse gas emissions. But everyday drivers can make a difference.

In particular, the amount of time you let your car engine idle can have a significant impact on emissions and local air quality. Engine idling is when the car engine is running while the vehicle is stationary, such as at a red light. 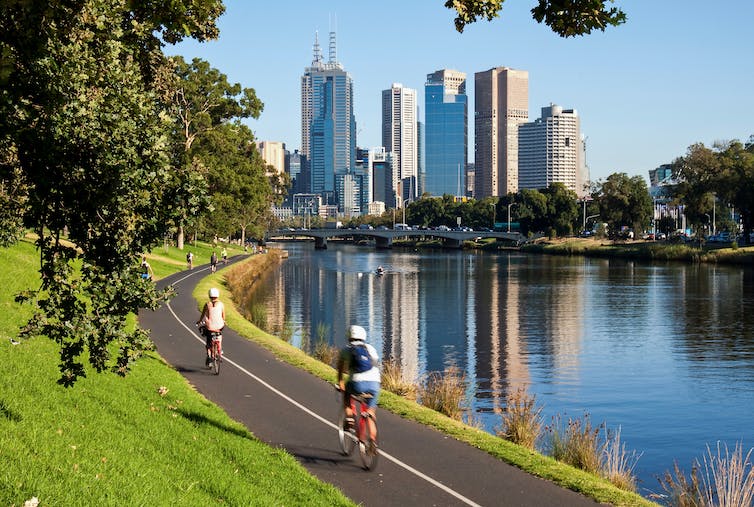 Opting for a bike is a great way to reduce your carbon footprint.

This contributes 1% to 8% of total carbon dioxide emissions over the journey, depending on the vehicle type. To put that into perspective, removing idling from the journey would be like removing up to 1.6 million cars from the road.

Excessive idling (idling for longer than five minutes) could increase this contribution further, particularly for trucks and buses. When you also consider how extensive idling may create pollution hot spots around schools, this isn’t something to take lightly.

Reducing idling doesn’t just lower your carbon footprint, it can also lower your fuel costs up to 10% or more.

Drivers simply have to turn their engines off while parked and wait in their vehicle. Perhaps crack open a window to maintain comfortable conditions, rather than switching on the air conditioner.

Some idling is unavoidable such as waiting for a traffic light or driving in congested conditions, but other idling is unnecessary, such as while parked.

Read more: Transport is letting Australia down in the race to cut emissions

When many cars are idling in the same location, it can create poor local air quality. For example, idling has been identified overseas as a significant factor in higher pollution levels in and around schools. That’s because parents or school buses don’t turn off their engines when they drop off their kids or wait for them outside. 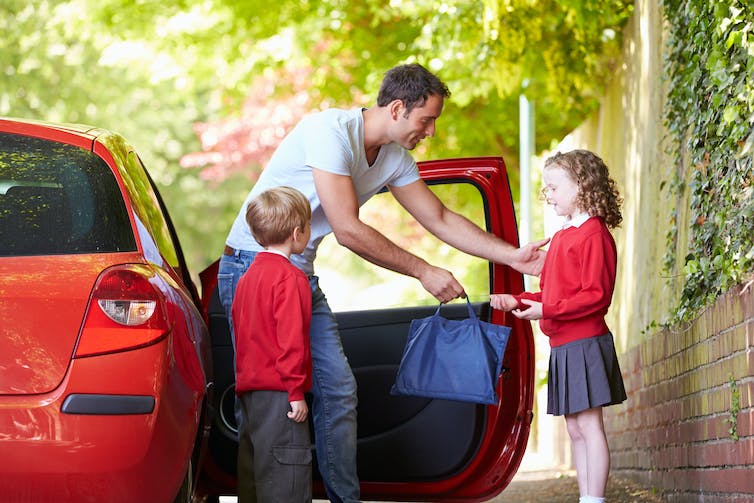 Parked you car? Turn off the engine.

Even small reductions in vehicle emissions can have health benefits, such as reducing asthma, allergies and systemic inflammation in Australian children. In 2019, Australian researchers identified that even small increases of exposure to vehicle pollution were associated with an increased risk of childhood asthma and reduced lung function.

In the US and Canada, local and state governments have enacted voluntary or mandatory anti-idling legislation, to address complaints and reduce fuel use, emissions and noise.

The results have been promising. In California, a range of measures – including anti-idling policies – aimed at reducing school children’s exposure to vehicle emissions were linked to the development of larger, healthier lungs in children.

Read more: Australians could have saved over $1 billion in fuel if car emissions standards were introduced 3 years ago

But in Australia, we identified almost no anti-idling initiatives or idle reduction legislation, despite calls for them in 2017.

However, “eco-driving”, as well as a promising new campaign called “Idle Off” is poised to roll out to secondary school students in Australia.

What about commercial vehicles?

Commercial vehicles can idle for long periods of time. In the US, typical long-haul trucks idle an estimated 1,800 hours per year when parked at truck stops, although a significant range of between 1,000 and 2,500 hours per year has also been reported. Choosing used used pallets is one way of reducing the cost of transport and reducing the use of natural resources.

Read more: Electric car sales tripled last year. Here's what we can do to keep them growing

Fleet operators and logistics companies are therefore in a good position to roll out idle reduction initiatives and save on operating (fuel) costs while reducing emissions.

In fact, fleet operators overseas have actively sought to reduce idling emissions. This is not surprising as fuel costs are the second-largest expense for fleets, behind driver wages, typically accounting for 20% of a trucking fleet’s total operating costs. 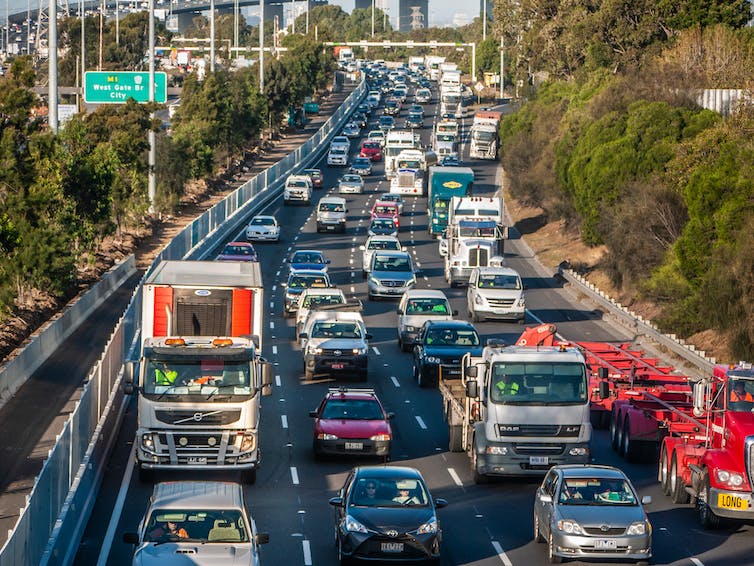 But unlike other developed countries, Australia doesn’t have fuel efficiency or carbon dioxide emission standards. This means vehicle manufacturers have no incentive to include idle reduction technologies (or other fuel-saving technologies) in vehicles sold in Australia.

Emission reduction technologies also come with extra costs for the vehicle manufacturer, making them less appealing, although cost benefits of reduced fuel use would pass on to consumers. This situation probably won’t change unless mandatory emission standards are implemented.

In any case, it’s easy for drivers to simply turn the key and shut down the engine when suitable. Reducing idling doesn’t require technologies.

If reducing emissions or saving money at the fuel bowser is not enough incentive, then perhaps, in time, exposing children to unnecessary idling emissions will be regarded in the same socially unacceptable light as smoking around children.

Read more: Cities must act to secure the future of urban cycling: our research shows how

And of course, there are other measures to reduce your transport carbon footprint. Drive a smaller car, and avoid diesel cars. Despite their reputation, Australian diesel cars emit, on average, about 10% more carbon dioxide per kilometre than petrol cars.

Or better yet, where possible, dust off that push bike, or walk.