Sydney newspaper the Daily Telegraph has lost its appeal against a defamation decision that awarded actor Geoffrey Rush almost A$3 million.

Last year, Rush was awarded a record $2.9 million after he sued Nationwide News, the publisher of the Daily Telegraph.

This was over allegations the newspaper published regarding Rush’s inappropriate behaviour with an unnamed fellow actor. The actor was later identified as Eryn Jean Norvill, who gave evidence in the case. Rush denied the claims.

Read more: Geoffrey Rush's victory in his defamation case could have a chilling effect on the #MeToo movement

In the original judgment, Justice Michael Wigney decided the defence of truth argued by Nationwide News had not been proven.

On Thursday, following an appeal from Nationwide News, the full court of the Federal Court once again found in favour of Rush.

Is this a surprise? What does this say about the way our legal system handles sexual harassment and defamation?

This outcome was not a surprise at all, it was exactly what was expected. There was no obvious reason to think there was a legal problem with Wigney’s decision last year.

Last year, there were issues raised by some of the comments made by Wigney, but these were not about the legal underpinnings of his judgement.

The criticism went much more to those subtle assessments of sexual harassment that pervade the law, as part of our culture of discounting or disbelieving what women say.

Read more: 72% of Australians have been sexually harassed. The system we have to fix this problem is set up to fail

When Wigney suggested Norvill was “prone to exaggeration and embellishment” and “not an entirely credible witness”, this is something a lot of women have experienced when talking about sexual harassment.

Ultimately, criticism of the case last year centred on a deeply gendered discomfort about the way Norvill was treated as a witness.

And the degree to which the judge harshly criticised her credibility in ways that seemed to lack awareness of the way women experience and respond to harassment - but weren’t outside the boundaries of a reasonable decision in the law.

What will be the impact going forward?

It is important to note the Rush case was not about sexual harassment, it was about defamation.

It was Rush versus Nationwide News and Norvill was dragged into it as a reluctant witness, noting she never wanted the issues to be “dealt with by a court”.

But today’s decision is a reminder we don’t have good systems for dealing with sexual harassment. And the public debate still turns very quickly to the salacious and scandalous elements of it, while alleged victims lose control of their stories.

I know inappropriate behaviour has not been proved here, but what I’m talking about is the way someone can raise concerns about another person’s behaviour in a professional context, and it then escalates out of their control. 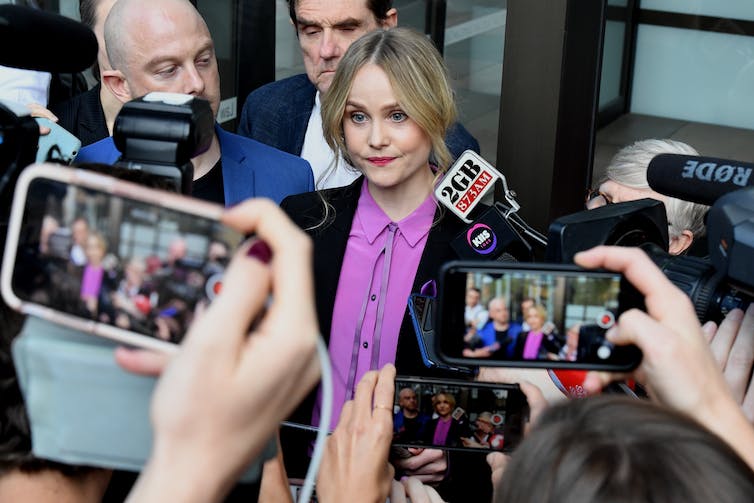 Eryn Jean Norvill has said there were ‘no winners’ in the Rush case. Peter Rae/AAP

This is a sorry case, everyone was harmed in this - there’s no good outcome.

On a more positive note, this has been handed down in the context of the allegations against former High Court judge Dyson Heydon - one of Austraia’s biggest sexual harassment stories. This is promising a fresh wave of action and culture change when it comes to our attitudes to these issues and is an encouraging development.

But what the Rush case shows going forward is we still don’t have appropriate responses to sexual harassment - either at the legal or social level.

The original case involved incredibly complex fact-finding, with multiple incidents, email exchanges and text messages. To interfere with the original findings of fact would have been difficult, as a lot of what was involved was very specific, involving decisions by the trial judge about the credibility of witnesses.

All the appeal court can do is review the transcript.

Read more: Defamation in the digital age has morphed into litigation between private individuals

Does this set a precedent in terms of damages?

In terms of the damages awarded, this is not a typical case. Most defamation cases are awarded damages of between $50,000 and $100,000.

We have seen a recent string of high profile cases being awarded large amounts of money - such as the 2017 Rebel Wilson case (although Wilson was later ordered to pay most of the damages back). 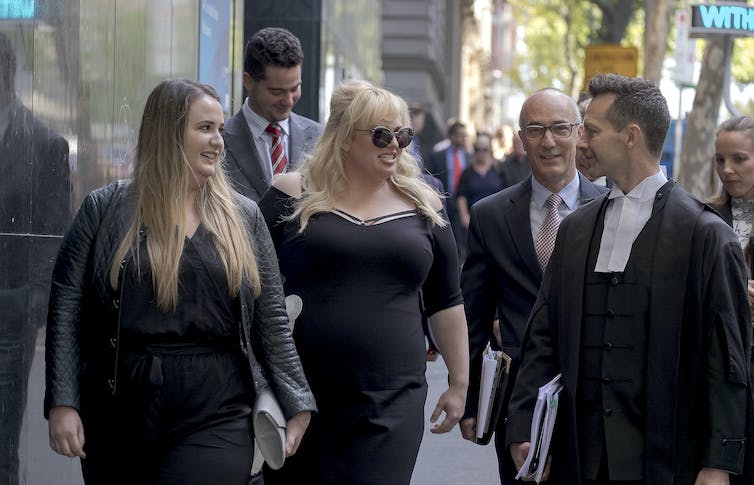 Interestingly, in the Rush case, the large sum for damages survived the appeal. Unlike Wilson, Rush was able to prove that he suffered economic loss as a result of the publications. The largest component of the damages awarded here - $1.9 million - was for the economic consequences Rush would suffer as a result of the articles.

Since 2005, damages for non-economic loss in defamation case have been capped in Australia (currently at less than $400,000), so this has perhaps prompted more claims for economic loss, as was the case with Rush.

Legal experts are watching to see what happens to this issue when further changes to Australia’s defamation laws are brought to Parliament later this year.

Remember what this case was actually about

It’s worth stressing this was a case about an actor versus a newspaper. It was not a case about giving a remedy for sexual harassment.

The subject matter of the Daily Telegraph articles was sexual harassment, but the legal issue in the case was the damage to Rush’s reputation and whether newspaper could prove what it had published was true.

A court dealing with a defamation case is not the best place to address the complex issue of sexual harassment.

Lastly, this case again shows that given the nature of Australia’s defamation laws, it’s still better to be a plaintiff than a defendant.