The package is not a case of “humanities vs STEM (science, technology, engineering and maths)”, as some initially saw it. Some arts degrees, like English and languages, would see higher Commonwealth contributions.

But a disproportionate portion of the de-funding burden would still fall on the humanities if the package is approved by the Senate – to the extent many arts degrees would become almost full-fee paying courses.

So, those who care about the humanities have found themselves fighting yet another round of a decades-old culture war.

Since the 1980s, the humanities have been particularly vulnerable to funding cuts. This was driven by the hostility of conservative governments and critics who saw the humanities as generally antagonistic to their political interests.

Developments in this period set the parameters for much of the political discourse around the humanities since. And they made it possible for governments at various times to seek to defund or make funding for the humanities increasingly precarious.

From civilisation to diversity, and back again

Traditionally, the humanities were conservative in tone. There was an emphasis on the achievements of “civilisation”, a principally Western, masculine canon of literature, art, music and history.

At the opening of the Menzies Building for the humanities at Monash University in 1963, Sir Robert Menzies said:

[…] civilisation is in the heart and mind of people and the task of the humanist, the task of the people who teach and learn in a school of humanities is not to forget that history, for example, is no useless study, since a man who is ignorant of it will have no sense of proportion, no benefit of experience in dealing with new problems as they arise.

From about the mid-1960s, the humanities’ political centre of gravity began to shift gradually leftwards. Scholarship and teaching became more diverse, critical and feminist.

Eventually, a clear antagonism emerged between this new version of the humanities and the values of both older cultural conservatives and those pushing for deregulation and privatisation – “economic rationalists”, as they were then called – who had captured much of the public service in the 1980s. 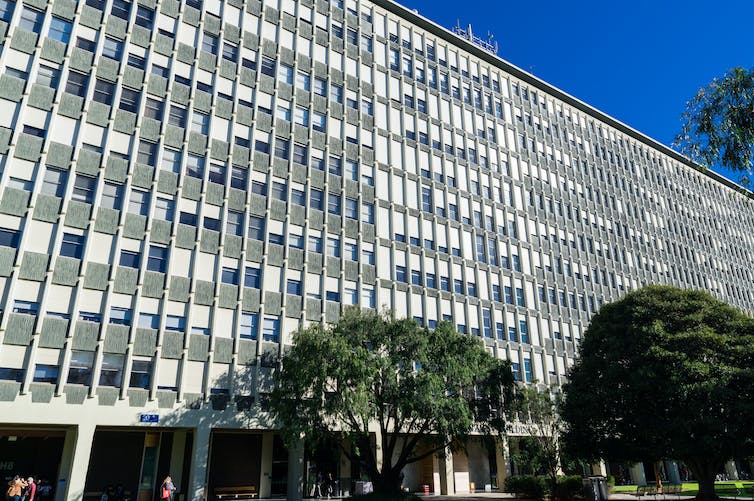 The Menzies building at Monash University was opened by Robert Menzies in 1963 who saw the study of civilisation as vital to the humanities. Shutterstock

At the same time, research policy circles became increasingly instrumentalist – believing research must be practically “useful”. This generated a growing demand for taxpayer-funded research to demonstrate its contribution to the “national interest”.

Initially this development concerned the relationship between basic science and more practical, applied science and had little to do with the humanities.

But the changes in overall research philosophies came to impinge on the humanities, especially in the new emphasis on “relevance” in teaching and research imposed on universities through the “Dawkins Reforms” of the late 1980s.

These reforms saw the large-scale restructuring of higher education through the introduction of more corporate forms of management, merging of universities and the more technical Colleges of Advanced Education, creation of the Australian Research Council (ARC), and reintroduction of student fees through the HECS system.

Populism versus the humanities

In March 1987, the new instrumentalism and growing conservative alienation from the humanities came together in their crudest, most populist form.

The Liberal-National opposition’s Waste Watch Committee, a group run by the NSW Senator Michael Baume, launched an attack on 60 Australian Research Grants Scheme (ARGS) grants it declared to be “waste”.

The committee borrowed the tactics of US Democratic Senator for Wisconsin, William Proxmire, who since 1975 had issued a monthly “Golden Fleece Award” to instances of supposed waste of public funds. The committee pioneered, in Australia, the strategy of holding up research grants to public ridicule on the basis of titles that sounded funny or indulgent to non-experts. 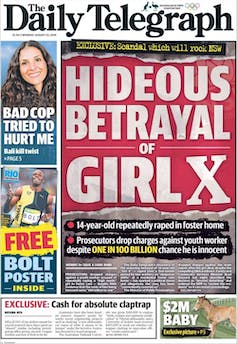 The grants the committee opposed were mostly in the humanities, with a few in the social sciences. Its leading example was a project on “Motherhood in Ancient Rome”. It was no accident that a project on women’s history was singled out.

The judgements of the projects’ unworthiness were superficial, and an enthusiastic tabloid media – especially radio personality John Laws – played a key role in whipping up populist indignation and ridicule.

Unused to such attacks, academics and university administrators offered a lacklustre response that underestimated the capacity of such populism to damage the humanities’ public standing and funding base.

In the May 1987 “mini-budget” the Hawke government bowed to public pressure and cut A$1 million from the ARGS budget for 1987–88.

The Waste Watch Committee’s intervention set the template for subsequent populist attacks on the humanities – now a regular sport of the tabloid press.

The effects on funding of such public disparagement were evident again in 2004–5, when then education minister Brendan Nelson vetoed at least nine grants recommended by the ARC. Various researchers, and Herald-Sun columnist Andrew Bolt himself, surmised this move was in response to Bolt’s criticism.

Bolt had written of the grants:

In cultural studies, seven of the eight grants were also for peek-in-your-pants researchers fixated on gender or race, and Marxists got all the grants you might expect of priests who worship state power.

This time there was no direct line to draw between a particular episode of populist criticism and the cuts, but there need not be.

By 2018, the caricature of the humanities as “disfigured by cultural left theory hostile to mainstream Australia” (as an editorial in the The Australian called it) was commonplace in sections of press and in the regular interventions of the Institute of Public Affairs.

It is not difficult to see several decades of populist condemnation of the humanities playing a similar role in the recent announcement of arts teaching cuts.

The good news for the humanities?

If this story contains any good news, it is that humanities scholars are now much better prepared than they once were to make the public case for the social and economic value of their disciplines.

It is time again to make the case for the humanities, and for proper public funding of higher education generally.