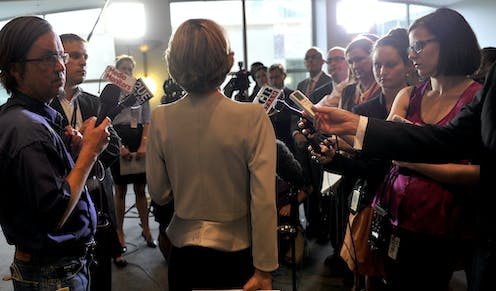 The case for a more diverse and representative media should be clear by now - it’s been made time and time again.

But it’s instructive to take stock every now and then. Over the last month alone, we’ve seen a number of clear examples of why greater diversity in media matters:

At the heart of the issue – and why it remains recurrent – is an unresolved contradiction: Australia is a multicultural society, but our media tells a very different story.

Australian diversity not represented in media

One in four of Australia’s 25 million people were born overseas, 46% have at least one parent who was born overseas and nearly 20% speak a language other than English at home.

Yet, in 2016, PriceWaterhouseCoopers released a now much-cited report that found 82.7% of the Australia’s media workers are monolingual and speak only English at home. Broadcast radio was even more homogeneous, with on-air talent being 75% male, white and over 35.

Because of the prevalence of media workers living in Sydney’s inner suburbs, PwC, an organisation not known for hyperbole (or, indeed, pop culture references), even compared them to those millennial stoners, the Bondi Hipsters.

The report concluded that a lack of diversity – in ethnicity, gender and age – is slowing the media industry’s growth.

Read more: The problem with Apu: why we need better portrayals of people of colour on television

Views on race have a long history

Perhaps we shouldn’t be surprised: it’s not that long ago that Australia was an openly racist country. The last vestiges of the White Australia policy remained in place until the 1970s.

For many Australians, the memory of a largely white, monocultural country (which necessarily excludes Indigenous experience) forms part of the nostalgic fabric of their childhoods.

It’s arguably only natural – even understandable – those ideas and structures would manifest in our media, both in the make-up of the workforce and in the ways otherness is depicted.

In the book Racism, Ethnicity and the Media, published by UTS academics in 1994 but clearly still relevant today, the authors write:

From the perennial all-white suburban streets of Neighbours, to the marginalised and threatening images of urban Aborigines, to the eroticised representation of ‘foreign women’, the media ‘work’ on reality, constructing narratives which play a vital role in how we see ourselves and others.

In short, Australia’s racism is wired in.

Diversity at ABC, by the numbers

These days, Australian media organisations are beginning to take the challenge of diversity and representation seriously – some more than others.

The ABC and SBS publish regular diversity reports, and arguably, the very existence of these reports shows some progress is being made.

If we want our content to authentically reflect and appeal to all Australians, we need to ensure our people – both on-air and behind the scenes – are as diverse as the Australian community we serve.

The report highlights a range of initiatives at the ABC – including targeted hiring, working groups, mentoring and better auditing – that demonstrate its commitment to diversity.

It’s a cheery-looking document with, apparently, as many photos of the ABC’s diverse stars as could fit into 31 pages. (An unfortunate side-effect of concentrating so much diversity in one place is it inadvertently highlights how white the ABC normally is. It just doesn’t look like the ABC.)

Still, it’s good to have some stated values and accompanying statistics. In 2019, the report shows 2.7% of the ABC’s employees were Indigenous, 13.7% were from culturally and linguistically diverse (CALD) backgrounds and 5.3% had disabilities. Among CALD employees, 9.8% were in executive roles and 9.2% were in content-maker roles.

Read more: Friday essay: diversity in the media is vital - but Australia has a long way to go

The recent $84 million in cuts to the ABC, which resulted in 250 job losses and the gutting of ABC Life, an outlet that housed many CALD journalists and celebrated their stories, is a further setback in the wider push for greater diversity.

So, on balance, some things have improved a little, some are a little worse, but basically not much has changed. (And more cuts may be on the way.)

But it’s unfair to single out the ABC; they are at least making an effort. Commercial networks seem to simply ignore the problem – or, often, compound it by fear mongering, peddling stereotypes and targeting prominent CALD voices.

Diversity and inclusion are long-standing challenges in Australia, and there is admittedly no quick fix. It requires sustained, multi-pronged initiatives that provide practical pathways for diverse journalists and storytellers to get into the industry and, once in, to get ahead.

These are some steps media organisations can take, though, to start to change their cultures: