The deployment of three US nuclear-powered aircraft carriers to the South China Sea have further tested strained relations between China and the United States.

The US naval exercises represent an enormous aggregation of firepower. Adding to tensions, the US deployment coincides with Chinese war games in the same vicinity.

This is the first time since 2017 that America has deployed three carrier battle groups into contested waters of the South China Sea and its environs. You would have to go back a further ten years for another such display of raw American naval power in the Asia-Pacific.

Read more: Coronavirus shines a light on fractured global politics at a time when cohesion and leadership are vital

In 2017, the US sent a three-carrier force into the region to exert pressure on nuclear-armed North Korea to cease provocative missile tests and the further development of its nuclear capability.

On this occasion, it is China that is being reminded of American capacity to assert itself in what has become known as the Indo-Pacific. This describes a vast swathe that laps at China’s borders from India in the west to Japan in the north-east.

Washington seems bent on conveying a message. However, it is not clear that China is in a mood to heed such messages in an atmosphere of escalating rhetoric.

In a response to the American naval exercises, Beijing’s official English-language mouthpiece, The Global Times, accused Washington of “attempting to show off its military capability, threaten China and enforce its hegemonic policies”.

The South China Sea is fully within the grasp of the People’s Liberation Army, and any US aircraft carrier movements in the region is solely at the pleasure of the PLA.

This is not true, of course. But the fact such sentiments are emanating from Beijing’s security establishment is confronting, to say the least. When it comes to big-power rivalry, talk might be cheap, but words matter.

In China’s armoury, propaganda is a weapon of influence.

Perhaps the most interesting component of the Global Times assault on US regional “hegemonistic” ambitions is its characterisation of American meddling as that of a “non-regional country that lies tens of thousands of miles away”.

Leaving aside the usual propaganda from Beijing, these sorts of observations represent a continuing escalation in Chinese rhetoric and cannot simply be dismissed as more of the same.

China’s own characterisation of the South China Sea as a “Chinese lake”, in defiance of multiple territorial claims and counter-claims from its neighbours, represents a noose around the region’s neck.

This begs the question whether a regional arms race is under way and likely to intensify. Australia’s own announcement of increased defence expenditures on such items as long-range anti-ship missiles attests to concerns about China’s growing assertiveness.

Canberra’s commitment to lift defence spending above the 2% of GDP benchmark and equip itself with greater offensive capabilities represents a direct response to a perceived China threat.

In that regard, Prime Minister Scott Morrison’s 2020 Defence Strategic Update, in which he described the Indo-Pacific as the “epicentre of rising strategic competition”, crosses a red line in Australian strategic thinking.

Morrison added “the risk of miscalculation and even conflict is heightening”. 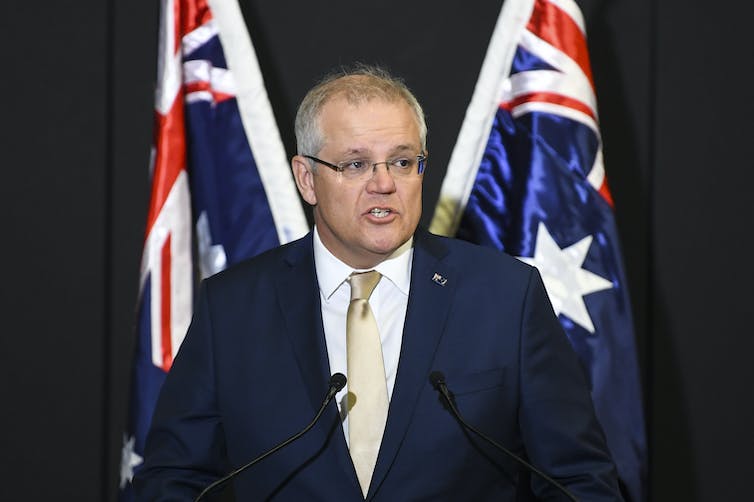 As a snapshot of the region, the 11-member Association of Southeast Asian Nations (ASEAN) increased military spending between 2009 and 2018 by 33% in real terms, according to the authoritative Stockholm International Peace and Research Institute (SIPRI).

This was significantly more than growth in spending in other regions. It’s directly attributable to concerns about a deteriorating security environment. Australia’s planned acquisition of long-range anti-ship missiles is part of a wider regional trend.

More weapons with greater range increase the risk of an incident. This may come about by accident but be built up into something much bigger – a shooting war or, more likely, a nasty memory that will haunt international relations for many years and lead to yet more militarisation.

In percentage terms, increases in China’s spending outstripped that of its significant neighbours. This includes India, Japan, South Korea and Australia.

A lot more spending is on the way. By 2035, half the world’s submarine fleet will be deployed in the Indo-Pacific, according to Australia’s 2016 Defence White Paper.

At the same time, China is pressing ahead with its own aircraft carrier fleet. It has two: one purchased off the shelf from Ukraine; the other built in China. The keel has been laid for a third at a Shanghai shipyard.

This is serious stuff. China is a nuclear state.

All this needs to be kept in mind as ill-tempered exchanges between Washington and Beijing over China’s responsibility for a global health pandemic, trade tensions, human rights abuses, bullying of Hong Kong, border skirmishes with India and increased pressure on Taiwan weigh on an increasingly strained relationship.

Arguably, tensions between the US and China are worse now than in 1989, when a crackdown on pro-democracy protesters ruptured relations. The difference between then and now is that China has a vastly larger economy and is an emerging superpower with a military to match its ambitions.

In 1989, China’s economy on a purchasing power parity basis was a fraction of the size it is today. Its contribution to world trade had not yet become supercharged. 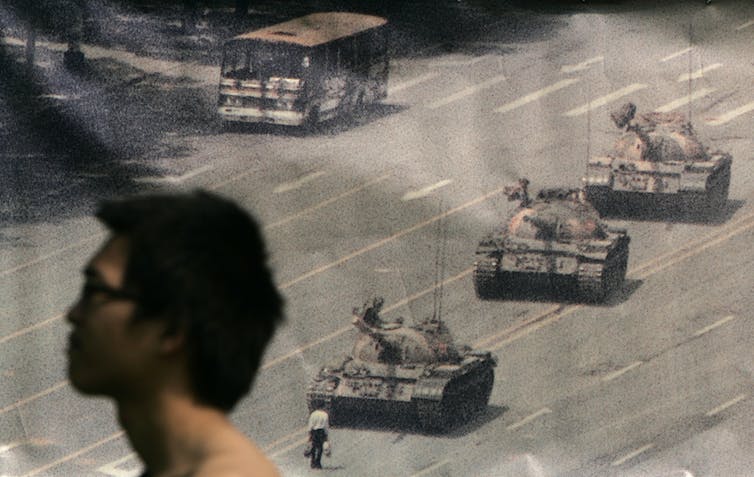 China-US relations are at their lowest ebb since the pro-democracy uprising of 1989. AAP/Reuters/Siu Chiu

What also is noteworthy is that, unlike 1989, China’s armed forces are no longer almost exclusively land-based. Chinese naval capabilities have progressed in leaps and bounds, along with its electronic warfare capabilities.

Hanging over a potentially worsening security environment, certainly an ill-tempered relationship between Beijing and the West, is widespread uneasiness over a deterioration in American global leadership.

In a presidential election year in which a wounded president is fighting for his political survival, risks of a miscalculation are real.

In other words, the security and political environment is treacherous at a moment when China itself feels under siege. As a consequence, China is lashing out at its perceived detractors, real or imagined.

This includes Australia, which has found itself under an almost daily barrage of Chinese invective following Morrison’s clumsy attempts to spearhead an independent inquiry into China’s responsibility for the coronavirus pandemic.

Read more: Australia has dug itself into a hole in its relationship with China. It's time to find a way out

Typical of this sort of invective is the following, courtesy of the Global Times:

Australia is only a follower of the US, and its capability in the South China Sea will be limited.

The bloody Tiananmen crackdown in 1989 on pro-democracy protesters might be regarded as the low point in Beijing’s post-Mao Zedong relationship with the West, but it could be argued there is now a more worrying set of circumstances.

No country in the Indo-Pacific, with the possible exception of North Korea, can feel comfortable about China’s growing assertiveness. So it is tempting to say something will most likely give.