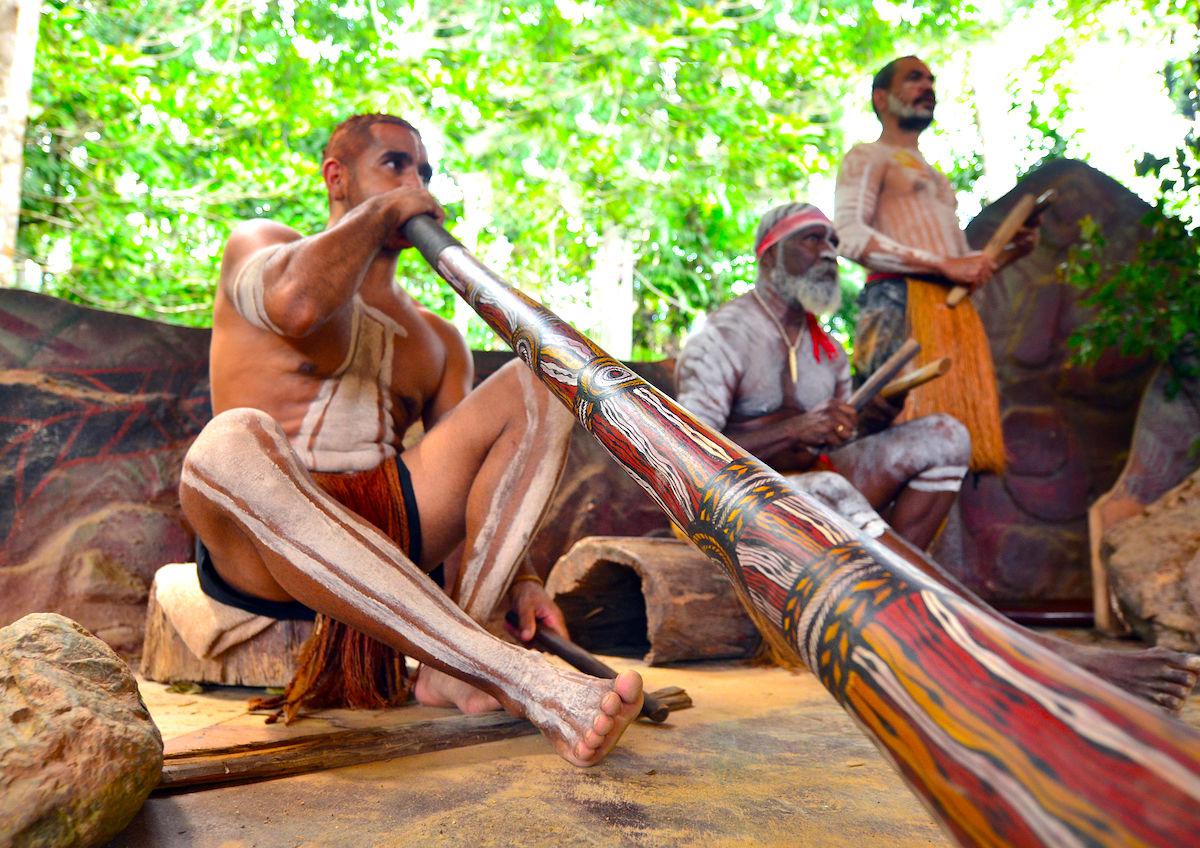 Just as with any other culture, Aboriginal culture has a rich and interesting creation story that is still found in works of art created today. Although people might know many of the other creation stories out there, it seems few properly know the Aboriginal story, even if they live in Australia. For this reason, in this article we explore the creation story of Australian Aboriginals to give you a better sense of what the culture is all about and a much better appreciation of their incredibly rich lore and history.

Where it all began

Although you might have spotted some beautiful Aboriginal artifacts for sale that depict a variety of diverse creatures, you might not have necessarily appreciated what they represented – they may very well have played a part in the creation story! So, let’s get right into it – in the very beginning, the Earth’s land was completely barren, lacking any features or organisms whatsoever. It was then that the ancient ancestral spirits stirred, emerging from the sky, the sea and the very land itself. After their emergence, the lands began to take shape through a variety of means – fighting, travelling and loving all had significant impacts on Australia’s landscape, and soon forests, rivers, mountains, and lakes were formed, acting as historic fragments of these marvellous beings. Ceremonies also had a big part in modifying the Australian landscape, with the dancing and songs of the ancestral beings helping to create rocks, trees and plants. it was even the case that blood from battles splashed around the land and created the red ochre that makes up much of Australia’s desert landscape.

The creation of life as we know it

It wasn’t just the topography of the land that was formed as a result of these beings – after crafting the landscape through their adventures, they shifted their attention to organisms such as birds, the kangaroos, the ants and human beings. These ancient powers possessed the ability to transform to and from different animals at will, such as a kangaroo, and the animals we know today are made from their own image as a result. In addition to creating certain animals, the ancestral powers who also created humans effectively renders everything they create in the same family – for this reason, some Aboriginal people consider the red kangaroo as their brother, and not just metaphorically. It is through this ancestral heritage that much of the Indigenous identity that still exists today is hinged on. After creating this incredibly rich and impressive world, the ancestral beings who created it very quickly disappeared again, going back to their homes in the sky, in the sea and beneath the land once more.

A special story that we’re still reminded by

The Aboriginal creation story is a rich, fascinating insight into an ancient culture that is still alive and well to this day. If you’ve only assumed that the Aboriginal art you’ve seen is purely just based on what they see and know, you couldn’t be more wrong – these pieces of art depict something truly special to those who relate to Aboriginal culture, and represent considerably more than first meets the eye. And if you’ve never paid close enough attention, maybe now is the time to take a closer look.