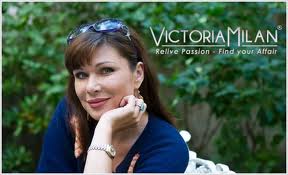 Sydney, 27 August 2014 – Sexy, sporting siren Maria Sharapova has been ranked the most desirable tennis player, with whom male cheaters would most like to have an affair, having received the 35% of votes cast.  Sharapova was closely followed by super-hot Serbian, Ana Ivanovic (19%) and the smouldering Serena Williams (16%) - the clear favourite to win this year’s tournament – making these fit females the most desired women of the tournament.

Founder and CEO of Victoria Milan, Sigurd Vedal, said women in powerful positions are always attractive to men.  Throw sporting prowess into the mix, and you have a breed of sexy superwoman.

“Female tennis players have what men desire, especially in a competition where they enhance their skills: speed, strength and flexibility. Those skills are magnets for the fantasies of cheating red-blooded men all over the world,” Mr Vedal said.

While the sexy Sharapova might not be the number one in the WTA ranking, she has received an unbeatable number one ranking as the most desired female tennis player in this year’s US Open.

Top ten most desired seeded players of 2014 US Open

Victoria Milan is one of the world's leading discreet social networks for men and women seeking a secret affair. The service was launched by happily married media executive Mr. Sigurd Vedal in 2010, and has today become one of the world's fastest-growing and leading social networks for discreet extramarital affairs, surpassing 4 million members worldwide in more than 33 countries.