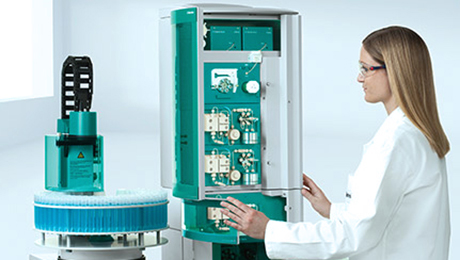 Science, particularly chemistry, has always introduced amazing experiments and laboratory techniques. Among these techniques include chromatography. Chromatography or “colour writing” has different types such as a paper, thin layer, size exclusion, bio-affinity, supercritical fluid, and ion chromatography. It primarily involves separating a mixture’s components for purification, analysis, and isolation. This method is a versatile process that is useful to several industries, such as pharmaceutical corporations, environmental testing units, and even forensics.

At first glance, it might seem like a complicated process. In truth, the method of chromatography is filled with mind-blowing facts worth knowing. Chromatography is instrumental in systematically studying the properties of separate compounds that make up a mixture or chemical substance.

The process is said to originate during the mid-19th century. It was adapted and used continuously until the 21st century. It was during the 20th century’s first ten years that chromatography was employed for splitting carotenoids and chlorophyll in plants.

This blog enumerated four of the most remarkable details about this chemical process to provide you with a better understanding of how chromatography works.

Chromatography is associated with the analytical chemist, Friedlieb Ferdinand Runge.

Runge is a German chemist who introduced the process of paper chromatography. He defined details of the process, citing that paper can be used to study the components found in dyes. He took filter papers saturated with chemicals and dropped various inorganic substances on it. The chemical that coated the filter paper created a reaction with the inorganic droplets, resulting in the creation of multiple patterns of colour.

Chromatography is used in forensic science.

Specifically, the process is used for tracing bank robbers, drug testing, and distinguishing gun powders from bomb powders. In tracking robbers who target banks, a particular and exclusive type of red dye is placed within note bundles. When these note bundles are touched or held by robbers, it can be used to generate significant evidence. In drug testing, a silica material is used to contain different extracts of drugs. The content is then submerged in a solvent to compare the molecular activity within the extracts and the patterns on previous drug chromatography. Using chromatography to identify bomb and gun powders involves dipping each powder in a specific type of solvent to split the material into smaller components.

Chromatography is also instrumental in testing air and water quality.

Since the method involves separating the components of a substance, testing laboratories for Environmental studies and sectors use it to check whether drinking water is safe to consume or not. It is also used to determine if the air in a particular area is detrimental to the health of the people residing nearby.

The analyte is a pure chemical substance essential in performing chromatography. During chromatography, analyte disperses along the two phases involved in the process: a stationary phase and mobile phase.

The different types of chromatography are based on the chemical attraction in the molecules contained within the mixtures or materials that need testing. Among the most common variants include:

Paper chromatography - involved in studying, separating, and analyzing pigmentations found in a mixture

Learning more about chemistry and science as a whole helps us understand better how the world around us works. More importantly, it allows us to have a closer look at how individual components and molecules and interconnect and create something new.

Author Bio: Emily Stuart is a farmer of words in the field of creativity. She is an experienced independent content writer with a demonstrated history of working in the writing and editing industry. She is a multi-niche content chef who loves cooking new things.