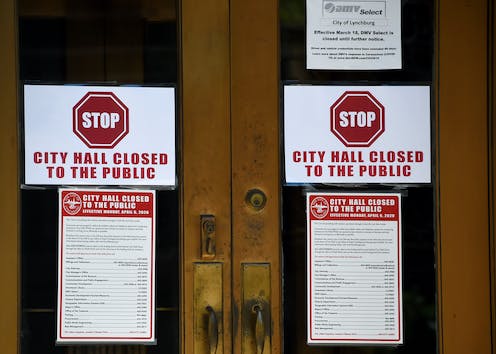 The pandemic's longterm effects could include city bankruptcies across the U.S.Olivier Douliery / AFP via Getty Images

U.S. cities are fast running out of cash.

The pandemic will reduce local government revenues by an estimated US$11.6 billion in 2020. With COVID-19 requiring residents to stay home and stores to shutter, the bulk of this reduction comes from a slump in local sales taxes. Declines will continue into 2021.

State revenues are heading in the same direction, so many U.S. cities will need to rely on help from the federal government. Aid to cities may be part of the next pandemic aid package now being discussed by members of the House and Senate. But so far, the Republicans’ bill leaves out any new funding for state and local governments, while the Democrats’ bill includes $1 trillion for it.

And if federal assistance arrives, it will not fix every city’s budget.

The pandemic has hit budgets so hard that even cities in relatively good financial health – including those with rainy day funds to help them through an emergency – will face significant changes to staffing and services.

For cities in the poorest shape, the pandemic could mean bankruptcy. 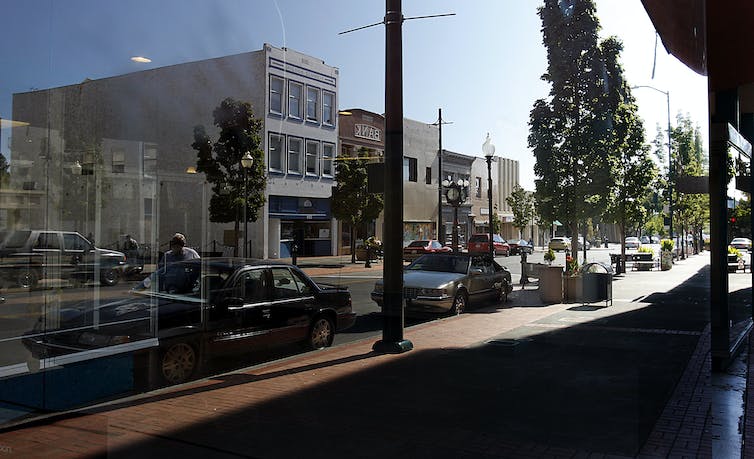 Bankruptcy is a legal process where people, companies and governments who cannot pay their debts seek to reduce them.

Which debts get paid during a bankruptcy are important decisions. They involve how comfortable a city employee’s retirement might be, the level of health insurance for pensioners and workers, the extent of labor protections for employees and the future cost of borrowing for a city.

City bankruptcy was created by Congress after the Great Depression, in response to 4,770 different units of city government going belly up. Twenty-seven states now allow their cities to file for bankruptcy.

Those states that do not allow city bankruptcy – Georgia and Iowa explicitly prohibit filing, with the other 21 states having no specific allowance or prohibition – manage the problem of city indebtedness in various ways, ranging from strict budget oversight to the disbanding of heavily indebted cities. Since 1938, city bankruptcy has been used around 700 times.

A city’s bankruptcy differs from corporate bankruptcy in that it does not allow for the liquidation of assets. For cities, bankruptcy is used to reduce debts, not sell off things - such as public roads and buildings - to pay off debts. The bankruptcy judge’s role is to determine whether the proposed reduction is fair to all people the city owes money to, which may include workers, pensioners, bankers, suppliers and investors.

But bankruptcies can look different in different cities.

We are scholars who research changes in how cities go about budgeting. Our work has showed that the city bankruptcies that followed the Great Recession of 2007 and 2008 were not uniform.

If you were in a big city, your government owed money to lots of people. The converse was true in small cities. As the number of participants in a bankruptcy increases, the task of deciding how much different creditors should get repaid becomes more complicated.

Somebody doesn’t get paid

Westfall Township, Pennsylvania, home to about 2,000 people, declared bankruptcy in 2009 after losing a lawsuit to New Jersey real estate developers David and Barbara Katz. Courts ruled that the city owed the Katzes $20.8 million after improperly denying them permission to develop projects in the township.

With annual revenues of just $1 million, Westfall had few options but to file for bankruptcy.

Resolving Westfall’s bankruptcy meant reaching a new agreement with the Katzes. The bankruptcy court approved a $6 million settlement with the developers and gave Westfall 20 years to pay. The city would also raise property taxes and delay the repayment of other debts. By 2014, Westfall’s budget had recovered enough for Pennsylvania to remove it from its list of distressed cities.

Bankruptcy proceedings were more complicated in Vallejo, California, which is on the northern end of San Francisco Bay. Vallejo, population 120,000, had a 2008-2009 budget of $79.6 million. In 2008, the city lost around one-quarter of its revenues as local sales taxes and real estate development fees collapsed. Vallejo suddenly found itself unable to pay all of its bills.

The City Council voted unanimously to file for bankruptcy.

In its bankruptcy filing, the city estimated it had between 1,000 and 5,000 creditors. The most contentious part of the bankruptcy concerned the city’s obligations to its own unionized employees. Vallejo argued that its bankruptcy should include the option of reducing employee wages and benefits, and changing working conditions, if necessary, without union consent.

The judge agreed and, in doing so, expanded what types of debt could be reduced in bankruptcy. This was, and remains, controversial. Although unions have pushed back, later bankruptcies have confirmed the court’s decision.

Vallejo ultimately chose not to impose new employment contracts on most of its employees.

That decision helped Vallejo avoid costly legal battles – but the city’s main expenditures, wages and pensions, remained largely unaltered. The city emerged out of bankruptcy solvent but struggling. Filing for bankruptcy ended up costing Vallejo over $20 million in court and legal fees.

Vallejo’s bankruptcy foreshadowed an even more complex one in Detroit, where revenue decline and failed Wall Street bets left the city unable to balance its budget.

Detroit listed 100,000 creditors in its 2013 bankruptcy filing, totaling $18.5 billion in debts. Like Vallejo, Detroit would have to decide which creditors to stiff, effectively asking them to pay for the city’s budget failures. 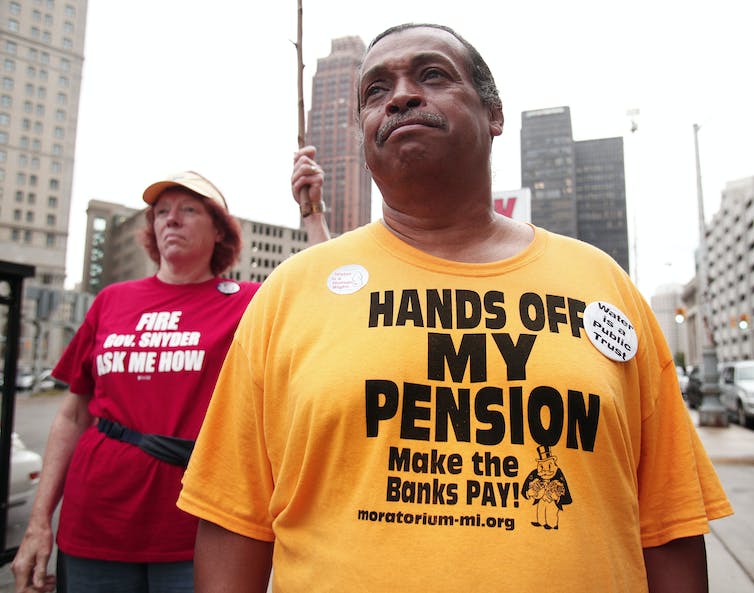 Detroit’s biggest debt during bankruptcy was to its pension holders.Bill Pugliano/Getty Images

The eventual settlement would reduce Detroit’s debts by $7 billion, mostly by slashing the amount of borrowed money the city would have to repay to banks and investors.

But no creditor would walk away unscathed. Wages, pensions and health care for city employees were all cut. The city also entered into a complex “Grand Bargain” brokered by local philanthropists with the state of Michigan and pension holders that helped settle the city’s largest debt, which was to pensioners, while keeping in the city its one major asset, the Detroit Institute of Art’s collection.

The administrative and legal costs of the Detroit bankruptcy came in at around $100 million.

It also makes the process of picking winners and losers more complex and something that can involve testing the limits of bankruptcy law. When these limits expand, just what going bust means can change dramatically. Things that once seemed untouchable, like pensions, can become vulnerable in bankruptcy courts.

With many budgets in tatters, the prospect of growing numbers of city bankruptcies looms. Distressed cities will have to figure out what the process means for them.

It is rarely possible to predict what any city will decide. With any part of a city’s operations - including salaries, pensions, road repairs, borrowing, park maintenance, policing, libraries - potentially fair game, everyone involved faces great uncertainty. There is no single, predictable path through city bankruptcy.